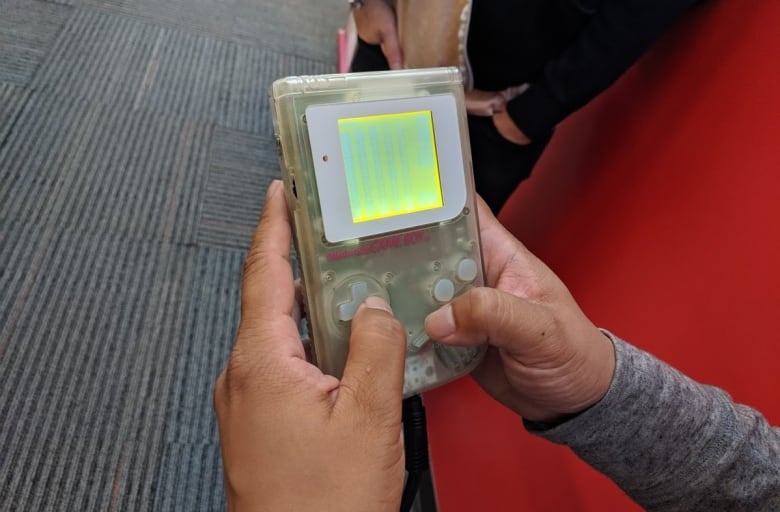 If you enjoyed playing video games in the 1990s, you’ll probably recognize a lot of the sounds sampled by electronic musician Bryan Chan.

Chan is the co-curator for the Vancouver Chip Music Society, which holds regular events in the city that attract gamers and dancers alike.

“There is that nostalgia of harkening back to our experiences playing video games, but there are also folks who just like the sonic character of this music,” Chan told The Early Edition guest host Laura Lynch.

Since the Game Boy came on the market in the late 1980s, hobbyists have figured out the inner workings of the devices and created new software for them. Chan said this has made it possible for people like himself to write instruction sequences for the sound hardware to interpret.

“It’s basically a long script of instructions, and that’s basically what makes a song,” said Chan, who said chip musicians have now figured out how to do interesting tricks with the sound hardware that game designers never did.

“It’s definitely not something the original makers of Mario would have thought to make for their music,” he said. “Now people are writing music that could be considered dance hits.”

Chan sources the vintage game consoles online. At prices under $100, they’re far cheaper than electronic synthesizers — and a Game Boy is also much easier to tote around.

Visit the society’s website to find out where and when the next event takes place.

To hear the complete interview with Bryan Chan, click on the audio link below:

Bryan Chan is a curator and member of Vancouver Chip Music Society. He speaks with Laura Lynch about the mixing of video game consoles and electronica. 7:21