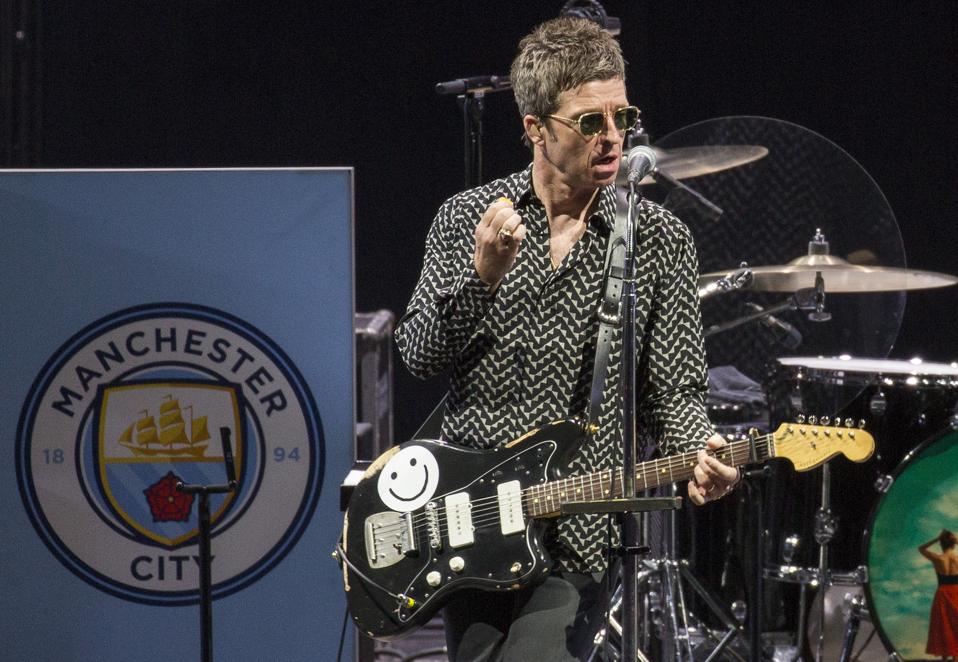 Thursday night in the suburbs of Chicago, it was 90s nostalgia which filled most of the 28,000 outdoor seats at Hollywood Casino Amphitheatre.

Ironically though, it was two 90s stars amongst the most unwilling to embrace that nostalgia headlining the outdoor stage: Smashing Pumpkins, led by frontman Billy Corgan, and former Oasis songwriter, guitarist and vocalist Noel Gallagher.

Together, Oasis and the Smashing Pumpkins are responsible for worldwide album sales totaling more than 100 million, riding the crest of what looks to be, pre-internet dominance, the music industry’s final sales boom.

But Gallagher and Corgan have taken different paths forward following the worldwide sales and success that launched each of them in the 90s. 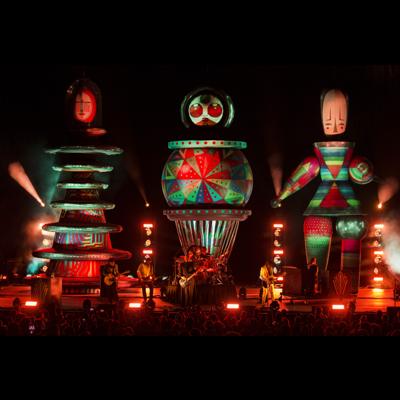 While Gallagher remains steadfast in his unwillingness to reform Oasis, revisiting the band’s catalog in seemingly begrudging fashion at times on stage in an effort to place a spotlight on his work over the course of three studio albums with his High Flying Birds, Corgan has rebuilt most of the classic Smashing Pumpkins lineup, pushing forward with a 2018 Rick Rubin produced studio album while rolling out the hits during a lengthy reunion tour.

“Thank you so much. You’ve been so kind to let me indulge myself, so the next part of the show is for you,” said Gallagher Thursday in Chicago, drawing a distinct line in the sand about halfway through a set that began with numbers from the High Flying Birds catalog en route to some of the biggest Oasis hits to close it.

The generally highly quotable Gallagher was anything but to start the show Thursday night, letting the music of the High Flying Birds do the talking for him early on.

Gallagher kept between song banter to a minimum during a set which focused primarily on Who Built The Moon?, the third HFB album in 2017, saving his sarcasm for the Oasis portion of the show later.

Gallagher was backed by a 10-piece group Thursday including Charlotte Marionneau on scissors, who recently returned to the group following time away. The High Flying Birds swelled to 11 following the addition of fantastic guest vocalist YSEE. 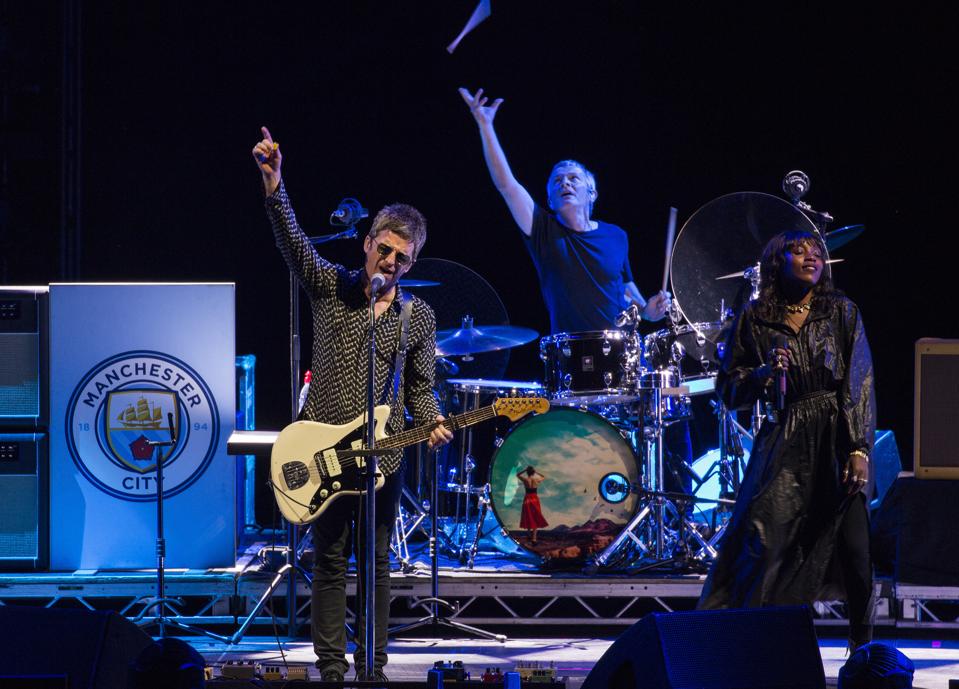 Gallagher’s newest material is focused on the beat and perhaps the best example of that Thursday was new single “Black Star Dancing,” from the EP of the same name. Gallagher channels recent Johnny Marr on the new track, one which was driven by pulsating, danceable bass early and scorching guitar on stage Thursday.

“Holy Mountain” utilized the group’s 3-piece horn section and backing singer/keyboard player Jessica Greenfield did the heavy vocal lifting as Gallagher put forth some of his best guitar playing of the evening during “This is the Place.”

But it was the Oasis hits that brought the crowd to its feet as Gallagher rolled forth cuts like “Wonderwall,” “Little by Little” and “Don’t Look Back in Anger” before closing with a cover of The Beatles’ “All You Need is Love.”

As he has for the most part during this reunion tour, Billy Corgan again left most of the talking on stage to returning guitarist James Iha, even as the band itself returned home to the Chicagoland area.

“Thank you so much, Chicago,” said Iha. “We’re gonna call you Chicago even though it’s not,” he continued, noting the venue’s location in the city’s south suburbs. “Can you feel it, Tinley Park?” he joked later, imitating the David Lee Roth spoken word segment of Van Halen’s “Panama” during the Pumpkins’ “G.L.O.W.” 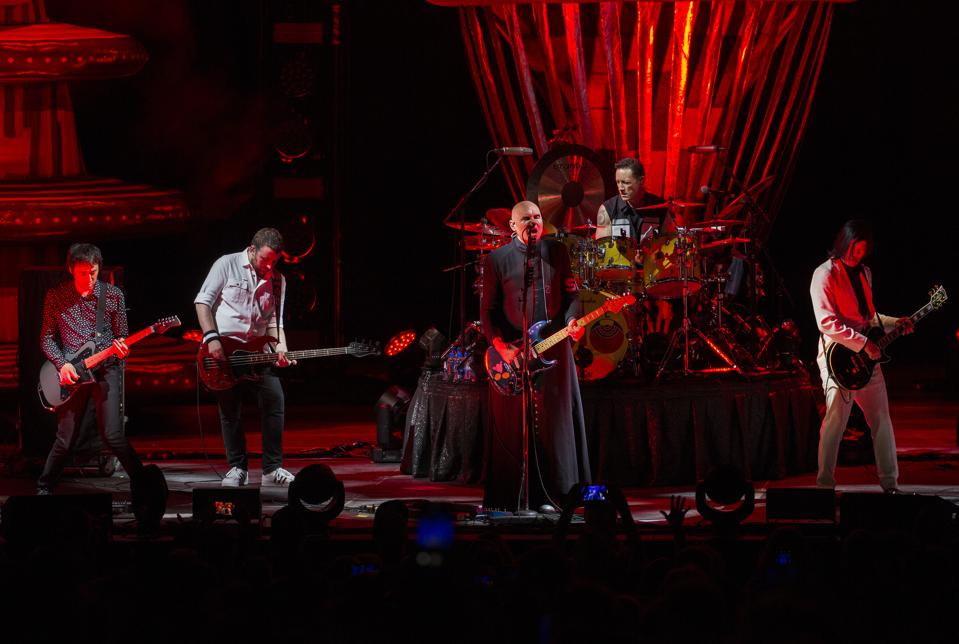 Embracing the return to larger venues this reunion tour has brought them, the Smashing Pumpkins wasted no time Thursday getting to the group’s most well-known material, using “Today” and “Zero” as a bridge to new cuts “Solara” and “Knights of Malta.”

While hits like “Disarm” and “1979” (a version of which humorously name checked Gallagher Thursday) came later in the set, Corgan nodded in the direction of longtime fans as well through the addition of deep cuts like “Eye” (from the 1997 Lost Highway soundtrack) and “Blue Skies Bring Tears” (from 2000’s Machina/The Machines of God).

Each member of the group’s classic lineup had a moment to shine Thursday. Iha’s playing was particularly great during “Blue Skies Bring Tears,” Chamberlin took an early solo during “Solara” and Corgan put down the guitar, stalking the stage and working the crowd during “Ava Adore.”

“We heart you, Chicago,” said Corgan late Thursday. “James, do you think they had a good time?” “I think they had a hell of a time,” replied Iha as the group launched into a scorching rendition of “Cherub Rock.”