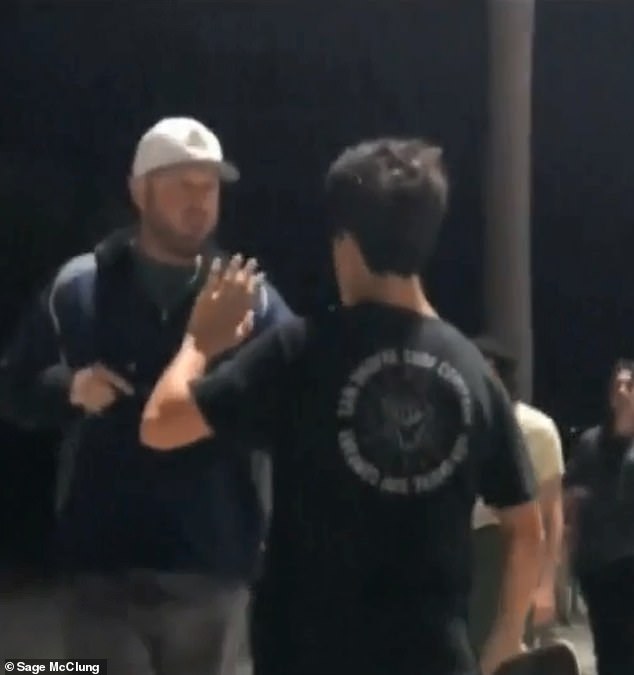 ‘I’ll shoot you in the f*****g face’: Footage shows an off-duty deputy ‘pulling a gun on teen at a skate park because he was with a group playing loud music’A sheriff’s investigator has been placed on leave for allegedly pulling a gun on a teenager at a skate park in San Clemente, California on Saturday The 16-year-old was watching a live band play with friends when the off-duty deputy approached and asked them to stop playing During confrontation, the officer appears to pull out a gun and point it at the boy before threatening to shoot him

By Leah Mcdonald For Dailymail.com

A sheriff’s investigator was placed on leave after allegedly pulling a gun on a teenager who was watching a band play with friends at a skate park.

The band did as instructed but the confrontation quickly escalated and the officer, who has not been identified, appeared to pull out a gun and aim it at a 16-year-old boy carrying a skateboard.

One of the teens at the park, Koa McClung, told CBS Los Angeles that the deputy had aggressively grabbed one of the boys, and when a friend help up his board to intervene, the cop threatened to shoot him.

‘The guy pulled a gun and said “I’l l shoot you in the f*****g face if you don’t stop”‘, said McClung. ‘The kid dropped the skate board and it just went downhill from there.’ 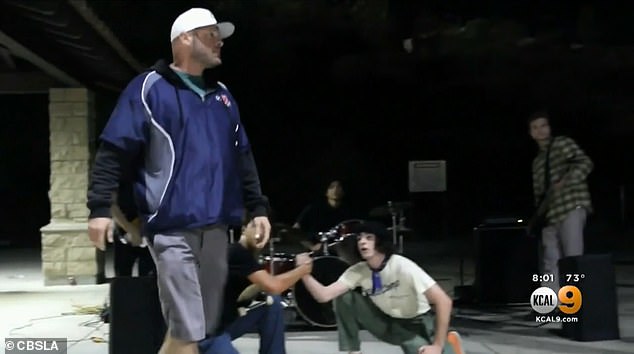 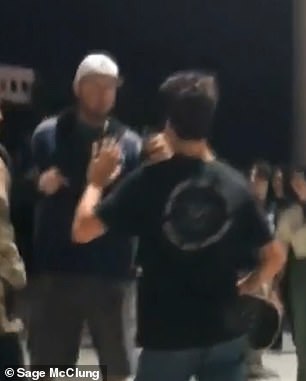 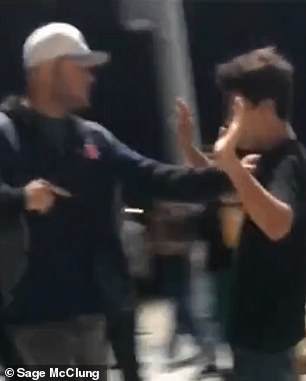 In the video, a badge can be seen in the deputy’s left hand although it is obscured by his fingers.

Someone can be heard telling the deputy: ‘Hey back off, we’re going to stop ok?’

The footage also shows the teen drop to his knees and put his hands in the air after the cop pulled the gun on him.

In other footage the deputy can be heard saying: ‘When a kid raises his skateboard to hit me in the face, he’s lucky he didn’t get shot.’

Witnesses say he never identified himself as a deputy. 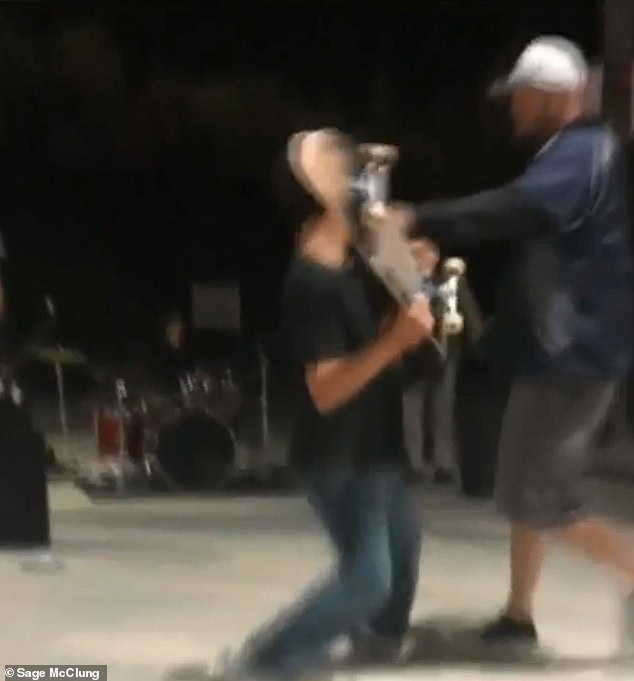 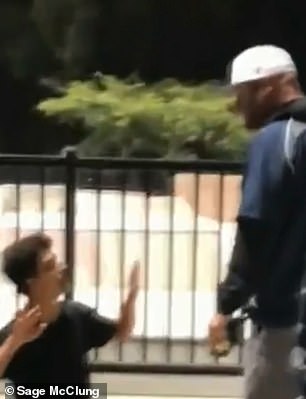 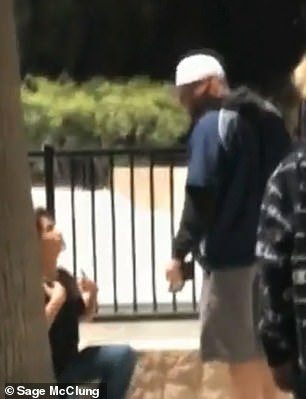 Another teenager named Sage McClung, who recorded the incident, said: ‘The officer wasn’t acting like an officer… just a big bully.’

An internal investigation is underway and the investigator has been put on administrative leave, according to Orange County Sheriff’s Department.

Their statement read: ‘Orange County Sheriff’s Department employees are expected to conduct themselves with professionalism on and off-duty. We take this incident seriously and will fully investigate.’

Parents who were present at the park told Fox11: ‘It’s appalling and terrifying because sometimes we do leave our kids here unchaperoned to be with their friends.’

Another claimed: ‘It’s awful, we’re all residents and this is a safe town.’ KTLA claimed the band was called Stink Inc and those present were listening to the music when the deputy approached them. 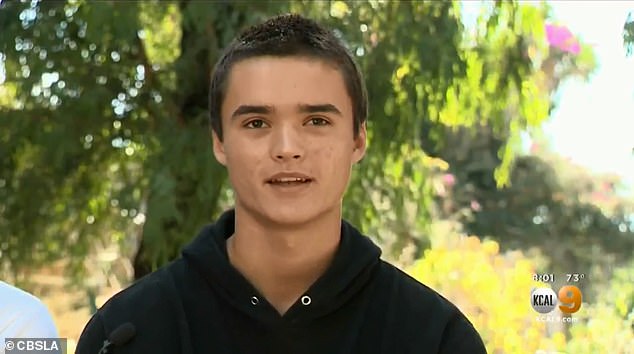 Koa McClung, who was among those present, (pictured), said the teenager was trying to protect his friend when the man walked towards them