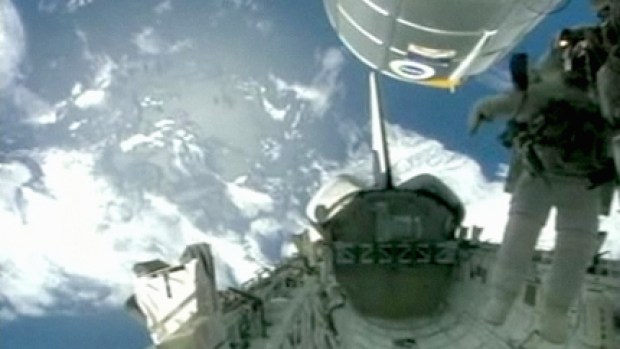 A standout performer’s concert tour is making a swing through New England. And while she’s in the spotlight, she’s advocating for disability rights.

“People with disabilities have value,” said Gaelynn Lea of Duluth, Minnesota, a singer and violinist.

Lea’s music communicates both life’s joys and its sorrows to audiences around the nation.

“I want them to leave feeling kind of hopeful,” she told necn. “Even if life is hard.”

The musician is also a public speaker and vocal advocate.

She has a rare disorder known as brittle bone disease. It basically caused her limbs to break in utero, and heal bent, Lea explained.

Lea gained attention winning a 2016 NPR Music contest for its Tiny Desk series. In the busy touring schedule that has followed, the artist is elevating concerns over the way Americans treat disability, whether visible or invisible.

“I view disability as a form of diversity, not as something negative and something that we have to eradicate, but something that we can support in our society the way that we support other cultural groups,” Lea said in an interview Wednesday, when she arrived in Vermont for two events Thursday.

The singer said she has stopped giving shows, for example, in venues that would require attendees to use stairs, noting that many places still need to improve accessibility. Lea uses a motorized wheelchair.

Lea told necn she would like to see more performers with disabilities find their spotlight through the arts, crediting a talented teacher with helping her develop violin techniques that work for her frame.

“If the next generation has it easier, that would be a really good thing,” Lea said. “I would be very happy with that outcome.”

Lea is giving a talk Thursday afternoon at 4:00 p.m. at Northern Vermont University’s campus in Johnson, then a 7:00 p.m. performance at NVU – Johnson Thursday evening.

Tickets for both events are free, but the school encourages attendees to reserve tickets through the NVU website. For more information, call 802-635-1408. After her Vermont engagements, the performer is giving a show Friday night at The Lilypad in Cambridge, Massachusetts and Saturday night at the Stanley-Whitman House in Farmington, Connecticut.