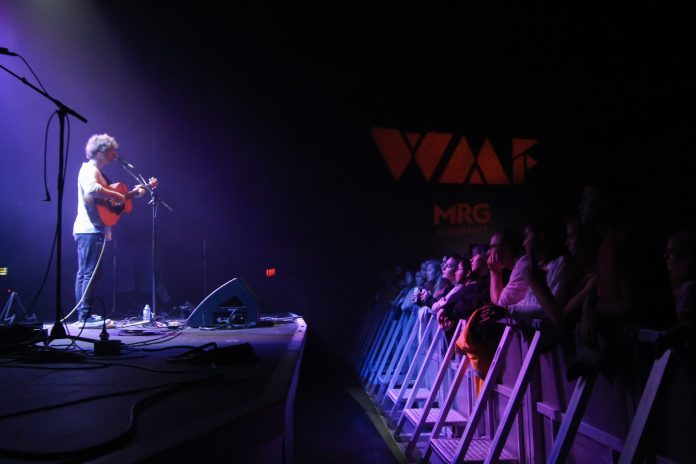 Showcasing a wide variety of music genres and performance venues, Westward Music Festival is an annual event in the Vancouver music scene that should not be missed. The opportunity to explore numerous local venues is a unique experience that introduces attendees to the city’s vibrant music scene. Not only that, but this year’s lineup included local Vancouver acts (Yung Heazy, Club Sofa, Chase Your Words) alongside artists from all across the world (Phum Viphurit, Joji, The Paper Kites), which is a perfect example of Vancouver’s culturally diverse community. In its third year in 2019, Westward only has room to grow for next year’s festival. The Peak had the opportunity to attend Westward this year  — read on for reviews of three shows included in the festival’s 2019 lineup. 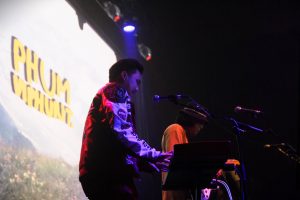 Phum Viphurit at The Imperial. Image courtesy of Kim Regala / The Peak.

Phum Viphurit at The Imperial, September 13

Phum Viphurit was the first concert of Westward I had the opportunity to go to, and to say it was a great show is an understatement. Local opening act Yung Heazy was not only original but incredibly entertaining to watch. He brought an energy to the venue that felt original and homey, presenting his bedroom pop music in a way that felt like you had been transported right into his bedroom (go figure). The band invited audience members on stage to perform alongside them, threw instruments into the audience, and, at one point, frontman Jordan Heaney took off his pants — truly making himself at home on stage. It was hard not to enjoy his goofy stage presence, and even harder not to love him as he was mingling with the audience after his set.

Headliner Phum Viphurit had a tough act to follow, but he did so flawlessly. You could never have guessed that he had just flown in from his hometown of Bangkok, Thailand and was experiencing a 12 hour time difference. His effortless mastery of the electric guitar was truly mesmerizing; the instrument could not seem any more natural for a musician. In terms of venue, The Imperial was perfect for this type of concert. The songs had people dancing with ample room to enjoy themselves and the music, rather than the pushing and shoving that comes with many concerts. Even Viphurit seemed to love the venue, as he and his band looked right at home on stage. Despite being the frontman, he was not one to hog the spotlight, as he gave each band member their moment to shine. Whether it was a drum solo, an incredible beatbox cover of Billie Eilish’s “Bad Guy,” or the band switching instruments mid-song without missing a beat, this concert was definitely one of the highlights of Westward. 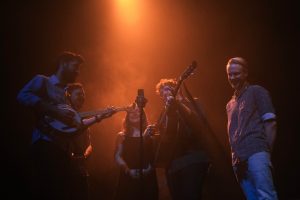 The Paper Kites at the Vogue Theatre. Image courtesy of Kim Regala / The Peak.

The Paper Kites at the Vogue Theatre, September 15

The Paper Kites put on another incredible show, and they were a perfect example of the expanse of genres available at Westward. They brought along singer-songwriter Harrison Storm from Australia to open, and his performance was equal parts intimate and captivating. The performer stepped up on stage with just a guitar and kick drum and started to play; there was nothing flashy about his performance, but it left the audience in hushed silence. His acoustic ballad “Feeling You” and his cover of “Video Games” by Lana Del Rey made him a fitting precursor to the Paper Kites.

The Paper Kites appeared on stage with acoustic instruments and dove head first into “Flashes,” which was the perfect opening song for their set. They started the song off with a sound reminiscent of their first album, Woodland, with a mix of acoustic guitars and gentle harmonies. Halfway through the song, the acoustic was switched out to an electric, synthesizers began to swell, and soft voices turned to powerful anthems. In just a few minutes the band had showcased their growth over the last 10 years — and with 10 years of experience, they were no strangers to acknowledging the crowd. Before each song was a quick anecdote of what the song meant to them and how it came into existence. There was a point in the concert where they performed “Bloom,” one of their most famous songs, and encouraged the audience to whistle along with them — that is, until the band stopped halfway through, informed us that we sucked at whistling, laughed, and then resumed the song as if nothing had happened. This carefree attitude that the Paper Kites exhibited made for an unforgettable performance. 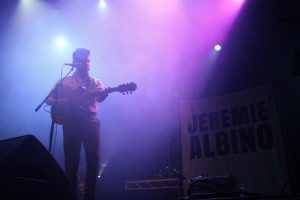 The last concert of Westward was Mt. Joy, and they concluded the festival with a bang. Opening for the band was Jeremie Albino, a blues-influenced indie rocker who performed an intimate solo set. With just his voice and an electric guitar, he filled the room with jazzy chord progressions and raw energy. Despite lacking a band to accompany him, the set did not feel incomplete. Albino filled the room with his gruff vocals and gritty guitar, creating a full performance out of very little.

Following him, Mt. Joy was the perfect band to close off the concert, and they seemed to be the one that everyone had been waiting for. It felt like there was not a single person in the whole venue who didn’t know every single word to every single song; it was one of those special moments in a concert where the music seemed to unify everyone. At one point, a circle formed in the middle of the crowd where people put their arms around each other, screaming the words along with the band with emotion and purpose. It truly showed the ability that music has to connect people — even strangers.

Westward Music Festival will be returning next year from September 10–13, 2020 — be sure to grab your tickets as soon as they go on sale.