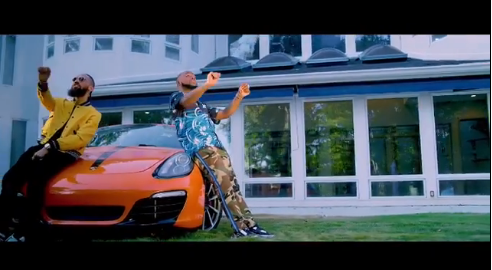 Phyno and Davido in ‘ride for you’ video

The music video which dropped on Wednesday, 25th September, was produced by Soularge.

Also, the respected duo of Patric Ellis and Clarence Peters directed and shot the video.

The Igbo rapper dropped a teaser of the video on his Instagram page and we think you need to sneak a peek.

Watch the video below:

RIDE FOR U VIDEO IS OUT NOW!!! Ft OBO @davidoofficial 🔥🔥🔥🔥🔥🔥 produced by @soularge dir by @clarenceshotit and @patrickelis .. link in my bio. #dealwithit