Australia’s favourite adopted daughter, Pink, has revealed she’ll be taking a break from music to focus on her family. Cue the tears of Aussie fans everywhere.

The American superstar – and Australia’s favourite adopted daughter – will take a break for at least a year to focus on her family, which includes husband, Carey Hart, daughter Willow, 8, and son, Jameson, 2.

“We did two and a half years of [music], and Willow’s back in school now,” she told Entertainment Tonight in the US.

“Jameson’s going to start preschool soon. It’s kind of the year of the family. And Carey has a lot going on as well. He’s super supportive, he follows me around the world and now it’s his turn.”

Pink appeared on the red carpet in the US with her family again this week at the Country Music Awards in Nashville.

Asked why she brings them to events, Pink said: “They just make it fun for me. They have so much fun. There’s just so much to see, and it’s really cool. This is [Willow’s] second CMAs. She was a princess last time.”

Pink will celebrate her 14th wedding anniversary to champion motocross racer, Hart, in January and told the entertainment show she feels “lucky” that they are still together, saying “he deserves a trophy”. 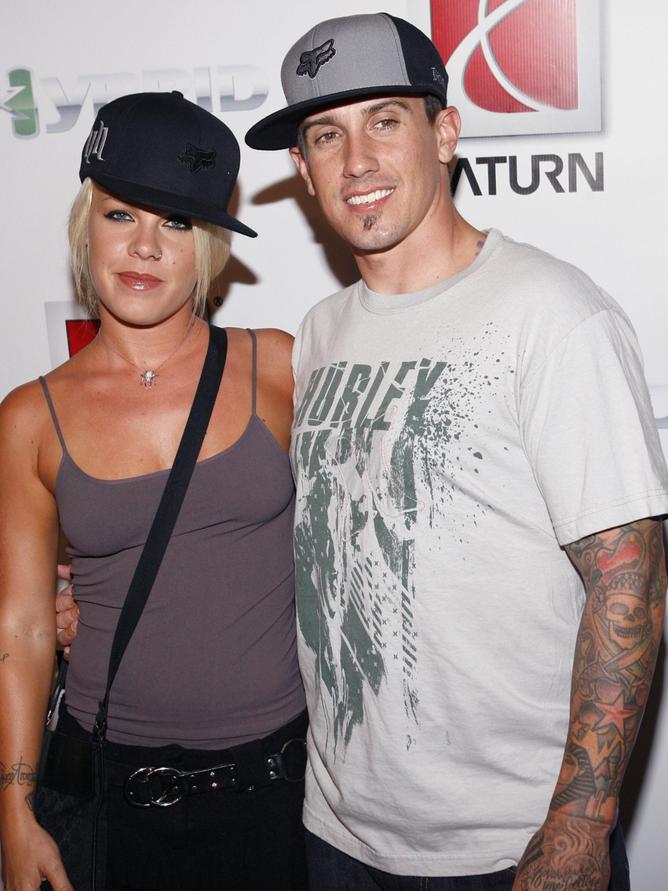 She also said that “we fight for each other” when talking about her 44-year-old husband.

The couple started dating in 2001 after meeting at X Games, an extreme sporting event.

Pink – real name, Alecia Moore – proposed to Hart in 2005 during one of his races, where she held up a sign saying, “Will you marry me?”

When he ignored her, she held up another one, saying, “I’m serious!”

The couple were married in 2006 in Costa Rica, but separated in 2008. The breakdown of their relationship was a prominent theme in Pink’s hit 2008 album, Funhouse.

They reconciled later that year after the singer helped Hart through the death of his younger brother, Tony, who died in a motorcycle accident.

The down to earth superstar has regularly posted photos of her family on social media, but told Ellen DeGeneres in April that she was going to stop doing it due to “hateful” comments.

“I won’t share them anymore, I won’t do it,” Pink told DeGeneres. 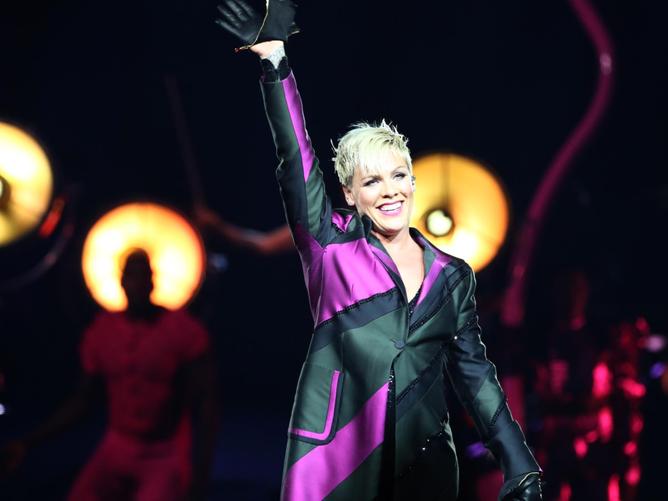 “I’m not posting pictures of them anymore. I understand people saying you need to be more careful because you are in the public eye and you should have thought of that. And they’re right, but there’s a nice way to say that. There’s a kind way to be online.”

Pink said the tipping point came when she posted a photo of her children with a pelican on holiday. In the photo, Jameson was not wearing a nappy. 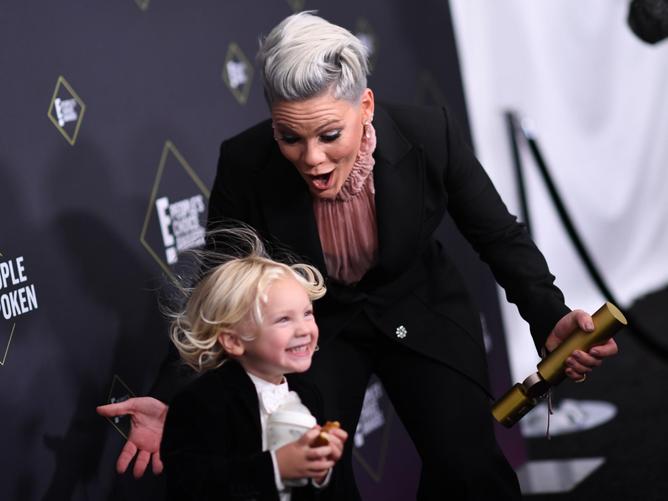 “People went as far as saying someone should call child services because he didn’t have a diaper on and how dare I … some of the nastiest things,” she told the US talk show host, tearing up.

“I cried so hard after that, because I like to share my family. It’s my proudest moment in my whole life. I’m prouder of my kids than anything I’ve ever done.”

New pic of Archie with ‘Grandpa’ 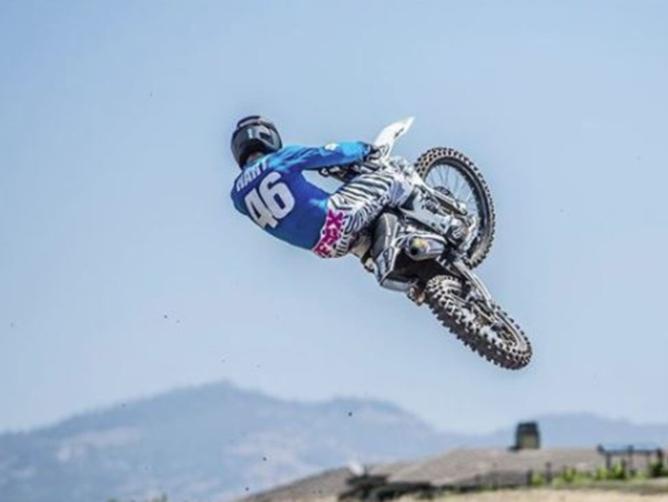 She has since started sharing sporadic photos of her family again.

The singer recently wrapped up her Beautiful Trauma tour, which ran for almost two years and, according to Billboard, ranks as the 10th highest-grossing tour of all time, earning more than $A580 million. 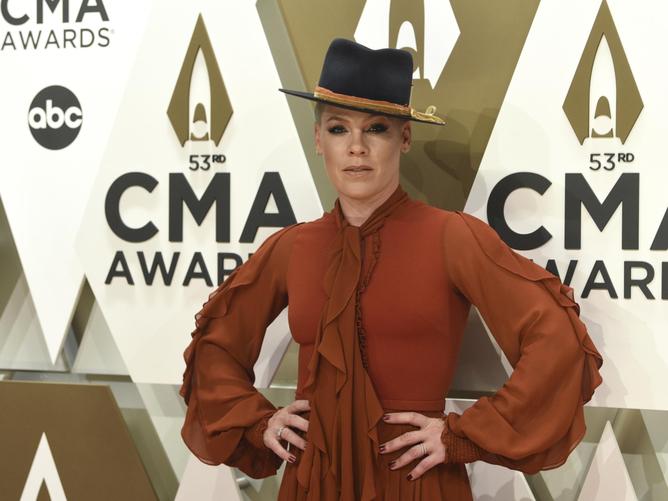