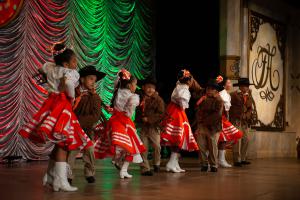 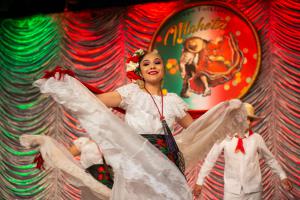 A community that pulls together can make a better society for all.”

CLEARWATER, FL, US, December 27, 2018 — The sound of the mariachi band and stomping heels filled the packed auditorium of the Fort Harrison, the Church of Scientology’s religious resort. Several hundred Latin-American guests clapped rhythmically to the music. They gazed at the young ladies dancing and tossing their long colorful skirts to and fro with the music. “Viva Mahetzi!” shouted a member of the crowd.

Large families –mothers and fathers with children— were mesmerized by the creative ethnic costumes.

Herman Guildo founded Grupo Folklorico Mahetzi in 2009 as a non-profit organization dedicated to preserving Mexican culture in the United States. The word “Mahetzi” is from an ancient Mexican indigenous language and means “heaven.” The group teachesMexican children born in the United States the folk dances and the strong moral values native to Mexico.

On stage in the auditorium, Guildo expressed his thankfulness for the United States, “It has not been without struggles but this great country has never failed to open its arms to us.”

When he first started Mahetzi, it was just a small group of children, including four of his own. The group has grown to 37 young boys and girls now dancing on stage to celebrate the group’s eighth anniversary.

After the show, the mother of a young girl said that dancing with Mahetzi has helped her daughter grow in more ways than one. Before, “she was shy. Now she speaks with other people and she’s more social. She loves the music of her country and dancing. Before Mahetzi she never did.”

“This is my culture,” said another staff member of Mahetzi who’s been with the group for five years now. “I want more people to notice that we have a beautiful culture.”

Since its construction in 1927, the Fort Harrison has been the home to many charitable organizations. Its latest owner, the Church of Scientology, completed a top to bottom restoration of the Fort Harrison in 2009—and since then has hosted over 500 community events there, inspired by the words of Scientology founder, L. Ron Hubbard, “A community that pulls together can make a better society for all.”