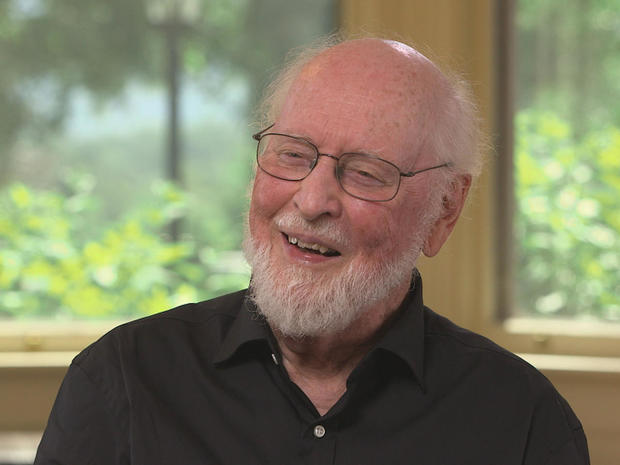 Legendary composer John Williams doesn’t listen to his scores in the final films once they’ve been released, nor does he listen to much music at all, he tells correspondent Tracy Smith in an interview for “CBS Sunday Morning,” to be broadcast September 22.

Williams, who wrote the scores for such blockbusters as “Star Wars,” “Indiana Jones,” “Schindler’s List” and three “Harry Potter” films, said he finds no comfort listening to his work in the final product, for a couple of reasons.

“Because I’m writing music all the time,” he told Smith. “And therefore, it’s no comfort to listen to it. I don’t listen to music very much.”

Why doesn’t the most successful film music composer of all time, with a record 51 Oscar nominations, listen to music? “If you go to a dinner party, which I do rarely, and somebody has music on, I’m thinking, ‘Well, that’s in D major. And, oh, my God, the F sharp is flat.'”

Williams also finds himself torn listening to other composers: “If I listen to great classical composers, I would only think, ‘That’s much better than anything I could write.'”

Does he find it comforting or inspiring? “No,” Williams said. “It does make me think that one can always be better.”

Smith talked with Williams in Los Angeles, and at Tanglewood in Lenox, Massachusetts, where the composer has a summer home and where he conducted the Boston Symphony Orchestra in August.

Williams said he has written some of his most successful movie scores while in Tanglewood. “Its effect on me is very spiritual and very exciting,” Williams said of the Berkshires. “And I’ve written so much music here, so many film scores in this place.”

Williams also talked about his new album on which he collaborated with virtuoso violinist Anne-Sophie Mutter, performing adaptations of some of the composer’s greatest music for film, “Across the Stars.”