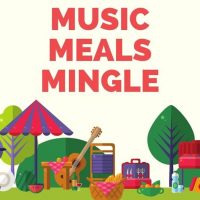 The Price City Business Improvement District Committee met on August 27 in preparation for the next installment of the Music Meals and Mingle on Main event that takes place on September 12.

The first two events that were held in May and July were a huge success with hundreds of people attending, food trucks lining Main Street in Price and merchants keeping their doors open late so attendees could see their wares and services. On September 12 various stores and shops will be doing special things for the event so everyone is invited to go in all the establishments once again and participate.

The theme of the September event will be a Barbeque Battle. A number of entries have already been submitted by local residents who want to participate and compete in the cook off, which will be sampled by the crowd and be voted upon by the public for who wins the trophy naming them the Music Meals and Mingle on Main 2019 BBQ Battleground Grand Champion.

As with past events there will also be food trucks, activities for children and adults situated throughout the downtown area.

The barbeque area will be in front of the Peace Garden and will be cordoned off. A $10 donation will give those who who want to sample the cooking a fork, a plate and a drink along with the right to vote on the best barbeque served up. Voting will be by text like it was at the MMM Cruise Night in July.

The MMM events will be taking place every other month into next year. On November 7 there will be a sporting/tailgating party themed event and on January 9 a Winterfest event will take place.

The Business Improvement District Committee was formed in 2018 to find ways to improve business, particularly downtown, in Price. Subcommittees made up of various business people, government officials and others have been formed. Those subcommittees consist of the Ambassadors, Activities and Events Committee (which has been gathering information, informing business owners of what is going on and setting up events for the downtown area), the budget committee (which determines the costs of  what may be done and where the money could come from), and the Project Committee (which determines the projects, where they will be done and how they will be done).

The main committee meets once a month and the others meet as needed.