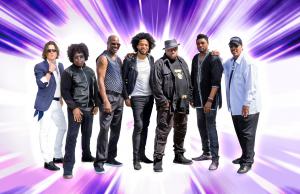 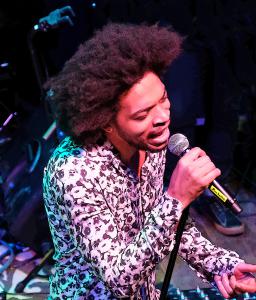 Live Alliance will produce the NPG PPV event as group Wows fans and music critics around the world in 2018; Prince called them his “best band ever.”

I am extremely excited to be working with NPG and to celebrate Prince’s music and legacy!We can’t wait to bring this celebration to fans throughout the world.”

After wowing both fans and music critics around the world* in 2018 with their shows in Japan, Australia, Europe, Russia and in Minneapolis during Super Bowl 52, the band that Prince once described as his “best one ever”, returns to his hometown for a special live concert Pay-Per-View (PPV) event at the iconic First Avenue on Thursday, September 13, 2018.

The legendary group will be filmed and streamed live globally on key platforms by Live Alliance, best known for having produced the historic PPV concerts with the Grateful Dead at Soldier Field in June 2015, the highest grossing PPV music event ever. This will be the NPG’s first ever scheduled concert at First Avenue. (On 07 07 07, Prince & the NPG performed a late-night unannounced concert at the club.)

First Avenue’s ticket pre-sale date is Thursday, June 28 and tickets go on-sale to the general public at 10 AM, Friday, June 29. In another nod to Prince, tickets for the event are priced at just $31.21, a number that once meant a lot to the legendary artist and will likely resonate well with his fans:

• Tickets for Prince’s 21 Nights in London O2 in August 2007, along with the aftershows at Indigo 2 (where the NPG is also playing on August 2, 2018) also started at just 31.21 pounds in order to make the shows more easily affordable.

The pay-per-view price is planned for $9.99. A link to the streaming site will be posted on the NPG website — www.newpowergeneration.net — and posted on social media pages.

“I am extremely excited to be working with the New Power Generation and to celebrate the music and the legacy of Prince!” said Nate Parienti, Executive Producer for Live Alliance. “As a lifelong fan myself, this is a real dream come true. We can’t wait to bring this music and this celebration to fans throughout the world! As well, in honor of Prince’s groundbreaking musical career and pioneering spirit, we also aim to be the first tokenized-enabled PPV broadcast in partnership with Lauren Bissell and her new blockchain enterprise Immutable Music. More details will be announced as they become available.” (Regularly currency will also be accepted.)

In honor of Prince’s philanthropic spirit, the evening will also serve as a fundraiser for the PRN Alumni Foundation (www.prnalumni.org). A select number of tickets along with Meet & Greet bundles and proceeds from select merchandise will be donated to the on-profit organization.

Musical Director and keyboard player for the group, Morris Hayes added, “We intend to deliver a funky celebration of Prince’s music and honor his philanthropic legacy as well by turning this into a fundraiser for the PRN Alumni Foundation and shining a light on some specific friends in need.”

The non-profit organization formed in 2017, comprised of former employees of Paisley Park and Prince. The group’s mission is to continue the generosity of their late employer who supported opportunities for underprivileged youth to grow in music, tech, arts and education, and help alumni members in-need.

Fans and critics alike have responded with extreme enthusiasm to the NPG’s performances in honor of their former boss and musical mentor. In fact, long-time Minneapolis Star Tribune music critic Jon Bream said the NPG shows were “one of the best musical experiences of the entire Super Bowl week.”

“After touring with several different guest vocalists during their first year out following their official reunion in early 2017, the band found its official lead singer in the soulful and charismatic MacKenzie – an LA-based singer from a small town in Virginia. With his incredible range, commanding stage presence and powerful vocals, MacKenzie has wowed the audiences and critics alike. Even more important, the ‘fans’ quickly embraced him. MacKenzie’s immense talent coupled with his unique and reverent approach to the songs never strays into an impersonation. Instead, his own unique artistry shines through in a way that we think Prince would approve.” Broadway World UK

“What was clear was that the band was not trying to impersonate the songs they created with Prince, but instead were aiming to add new life to them,” wrote Music Insight. “…the moment they stepped on stage, it was clear that this was going to be a special kind of performance. These are the performers who know these great songs backwards, and it showed, with each track delivered with perfect precision and flair. Early highlights included one of the biggest hits they recorded with Prince, ‘Diamonds and Pearls’, which was followed by a beautiful duet version of ‘Nothing Compares 2 U’ with guest singers Tamar Davis and MacKenzie delivering heartfelt performances.”

**The Production team for the NPG event includes: