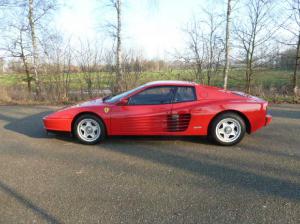 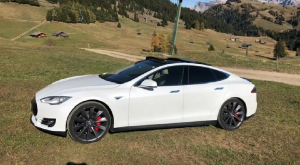 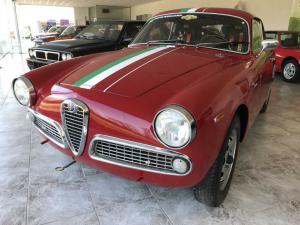 The Ferrari Testarossa Monodado in the sale is like the one Detective Sonny Crockett drove in the stylish 1980s TV crime drama Miami Vice.”

NEW YORK, N.Y., UNITED STATES, November 28, 2018 — Jasper52‘s inaugural collector car auction on Dec. 10 features a variety of outstanding vehicles: rally and track cars, supercars, touring cars and off-road machines. This groundbreaking sale includes cars located in Europe that were selected expressly for collectors in the United States. Bidding on all cars will start at $1. Absentee and Internet live bidding is available through LiveAuctioneers.

A highlight of the auction is a Tesla owned by renowned Italian singer Andrea Bocelli. The 2015 Tesla S P85D is in mint condition. A white Fastback, it has about 70,000 kilometers on the odometer and has been beautifully maintained. Its next owner may not be as famous as Bocelli but unquestionably would feel like a superstar when driving it. Estimate: $110,000-$150,000

There are five Alfa Romeo models in the auction, including a vintage Giulia Sprint 1600, which is ready to race. This car was originally prepared to compete in the historic Coppa Delle Alpi race. In 2010, it was thoroughly restored in Italy. Original parts, including the carburetor, are included, should the auction buyer decide to return the car to the road as opposed to racing it. Auction estimate: $60,000-$80,000

Miami Vice fans will recognize the Ferrari Testarossa Monodado in the sale as being like the one Detective Sonny Crockett drove in the stylish 1980s TV crime drama. Ferrari began production of the Testarossa in 1984. Coachbuilder Pininfarina chose an exciting, innovative design for the new top model. The water coolers were mounted on both sides, Formula 1-style, in front of the rear wheels, which Pininfarina turned into a theme using large-scale cooling fins. This motif was continued on the rear panels. At the time, the exotic new design was viewed as extremely futuristic, making the Testarossa an instant style icon. The model featured in the Jasper52 auction is completely original and in excellent condition, inside and out. It even has the original and rare knock-off wheels. Estimate: $130,000-$150,000.

The lone MG-B in the auction is a very special one, as it was No. 5 off the production line. This iconic little British sports car is in a great shape and ready to clock many enjoyable miles with its new owner. The pre-sale estimate is $40,000-$55,000.

Other notable entries include a Volkswagen T25 Vanagon, a Land Rover Santana, a Great London Taxi, a Citroën 2CV and a great Austin Mini panel van in mint condition. There are also two American-made classics amid the field of predominantly European motor cars: a restored 1950 Chevrolet C3100 V-8 pickup truck, and a 1951 Willys-Overland station wagon in remarkable original condition. Willys-Overland Motors, based in Toledo, Ohio, was best known for its design and production of military Jeeps (MBs) and civilian versions (CJs) during the 20th century. The four-wheel-drive workhorse offered by Jasper52 has only 55,000 miles on the odometer. Estimate: $40,000-$55,000

After the auction, Jasper52 will contact winning bidders with shipping information and, if desired, provide an introduction to global parcel or white-glove shippers. Buyers pay shipping costs as indicated in the auction description, as well as any applicable taxes, duties or fees for items originating from outside of the buyer’s home country.

The auction will be conducted Monday, Dec. 10, at 6 p.m. Eastern time, with a $1 starting bid on each and every car. View the auction catalog and bid absentee or live online through LiveAuctioneers.