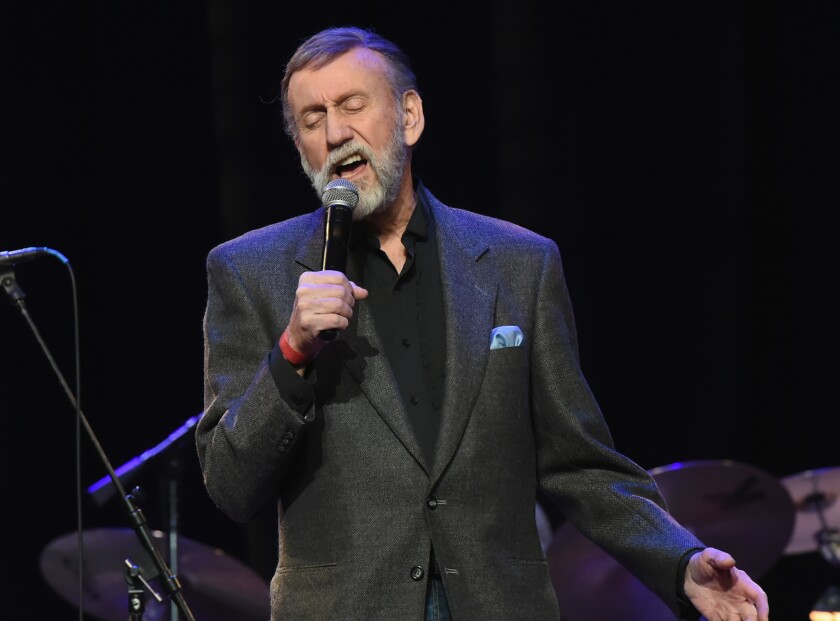 Ray Stevens has made a career in country music from zigging when the rest of the industry zagged.

Looking to stake his claim on the music charts and stand out from other artists, he composed and sang clever and catchy novelty songs, such as “Ahab the Arab,” “Gitarzan” and “The Streak.” He would later countrify the American songbook with a breezy, banjo-driven version of “Misty.”

The 80-year-old performer, also known for heartfelt songs such as his Grammy-winning No.1 hit “Everything Is Beautiful,” was inducted Oct. 20 into the Country Music Hall of Fame. The honor, which he professed left him “flabber and gasted,” celebrates a prolific career that spans work as a session musician, producer and solo artist with 45 studio albums and more than 90 singles and two Grammys (for “Misty” and “Everything Is Beautiful”).

He was inducted into the Nashville Songwriters Hall of Fame in 1980. His collection “Comedy Video Classics” has sold millions of copies. These days, Stevens tours occasionally but is more likely to be found performing in his own 700-seat theater, the CabaRay, in Nashville, which the Georgia native has called home for more than 55 years. He could do a concert just of his greatest hits, but Stevens likes to mix in new songs — he says he has four albums’ worth of new material awaiting release.

Before his Country Music Hall induction, Stevens spoke to The Times about his long career, including producing a young Dolly Parton and what he tells aspiring musicians seeking his advice — all with his characteristic sense of homespun humor. (Some of the questions have been edited for clarity and brevity.)

Did you grow up in a musical household?

We were just an average American family. My parents loved music and listened to it. I had a propensity for music at an early age and my mother bought a piano — a used upright — and insisted I take piano lessons. I was 6 years old. I wanted to go outside and play baseball with the other guys, but I had to practice an hour a day. I’m glad she wanted me to do that. I would have made a lousy baseball player.

Who did you listen to growing up?

Cotton mill towns in northern Georgia played country music, don’t worry about that. You’re going to hear Lefty Frizzell, Eddy Arnold and Ernest Tubb. In high school, I learned to appreciate R&B groups like the Clovers and the Drifters. Ray Charles was a big influence. And hanging with musicians, you run into a lot of jazz buffs. I got into all the jazz guys like Dave Brubeck.

You’re best known for your novelty songs, like “Ahab the Arab,” “Gitarzan” and “The Streak.” Who were your comedy influences? You grew up in radio’s golden age; did you listen to comedians like Jack Benny?

Certainly. Red Skelton too. I loved to listen to him and watch him on TV. I think I was 6 or 7 when TV first came out. Black and white, only ran several hours a day. I used to watch the test patterns.

What was your career plan?

I didn’t have a plan. I’ve never had time. I might have done better if I had made one, but be that as it may …

You wrote and produced one of Dolly Parton’s first singles, “Busy Signal,” in 1966.

It didn’t make it, but it should have. It was a hell of a record. She’s dyed-in-the-wool country and it was more like her later ‘9-5’ sound. But she’s always been talented, always been smart and always been pretty. I remember she came to my house before a recording session and my wife, Penny, saw her. She took me into my office and was very inquisitive. [He laughs.]

Ray Stevens performs at Singer/Songwriter/Comedian. Member of both The Nashville Songwriters Hall of Fame and Country Music Hall of Fame Mel Tillis Memorial at Ryman Auditorium on January 31, 2018 in Nashville, Tennessee.

At this stage in your career, you could probably just go out and play your hits. Why is it important for you to keep creating new music?

I enjoy it, No. 1. No. 2, I still have things I want to say musically in a public forum. I’ve got four albums in the can. We’re just now finishing a studio here, and I will be able to get back in there and finish things I’ve started.

So retirement isn’t on the horizon?

I feel fine; I’ll probably keel over after I hang up the phone. [He laughs.] But I’m gonna do what I want to do because I can.

What do you tell musicians when they ask you advice?

[I tell them] you gotta have three things: natural talent, you have to be motivated and you gotta have your health. You can’t go out there and drink a lot and take drugs. You will not stay the course. Your body will fail you pretty quick.

We live in very partisan and divided times. We sure could use another song like ‘Everything Is Beautiful.’ Could you get on that, please?