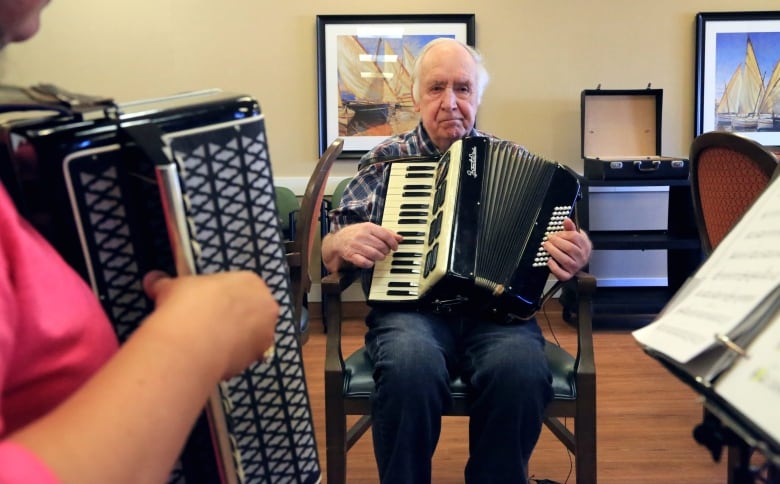 Hulsdon, who is in his 80s, uses a walker to get around and has trouble remembering certain things. But when he plays the accordion he’s had since he was 12 years old, he could be a young man again. He smiles, his legs bouncing up and down with the beat.

“I learned to play it by ear,” Hulsdon said. “Just comes to me naturally.”

Hulsdon is part of a recently-started music program at College Park II Retirement Residence in Regina. University student Kim Shalley started the program after wanting to incorporate her own love of music into her work.

Shalley is in her final year of studying therapeutic recreation and is doing a placement at the retirement residence.

“I love that it brings together so many people,” she said. “You can see all the time people tapping their toes to the song and it’s great to have that in people’s lives.”

Music gets residents involved in something that some have done their whole lives, she said. 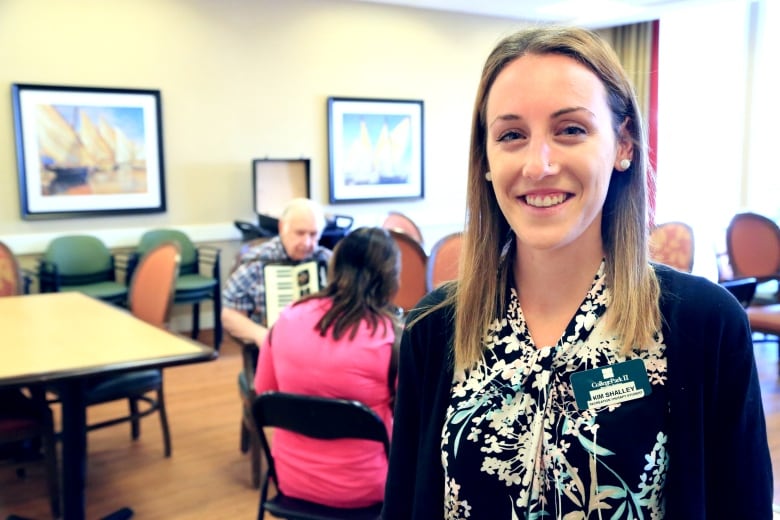 “It really helps with improving their mind and also just improves their overall quality of life increasing their social skills interacting with others,” Shalley said.

One of the volunteers, Natalia Osypemko, has been playing since she was 10 years old. She first picked up an accordion in school while growing up in Ukraine and continued playing when she moved to Canada in 1997. 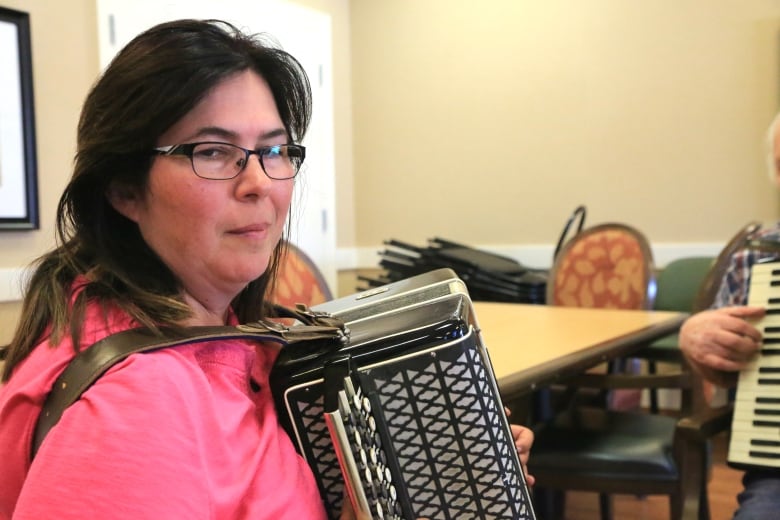 Natalia Osypemko is one of the volunteers that comes in and does music lessons with seniors at College Park II Retirement Residence. (Heidi Atter/CBC)

Osypemko’s accordion is different than most in Canada. It’s a button accordion with buttons instead of a keyboard.

“It’s fun jamming with other people,” she said. “You give some kind of enjoyment to other people who listen to your music.”

Osypemko first heard about Shalley’s program through Facebook. She saw a post looking for Regina musicians and signed up right away. 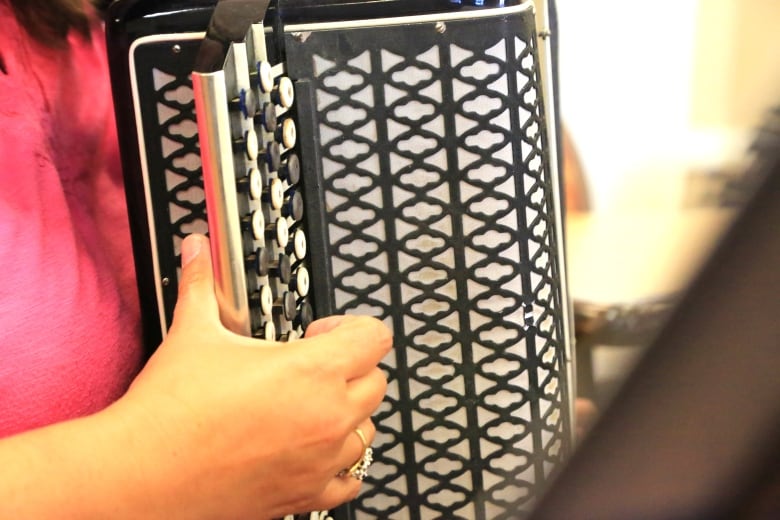 Natalia Osypemko started on her button accordion when she was in grade school, similar to Dale Hulsdon. (Heidi Atter/CBC)

“I just wanted to be a part of something that brings joy to people,” she said. “It’s good for brain activities–music in general is good for your brain. Doesn’t matter how old you are.”

Osypemko was paired with Hulsdon. The two play together without missing a beat. 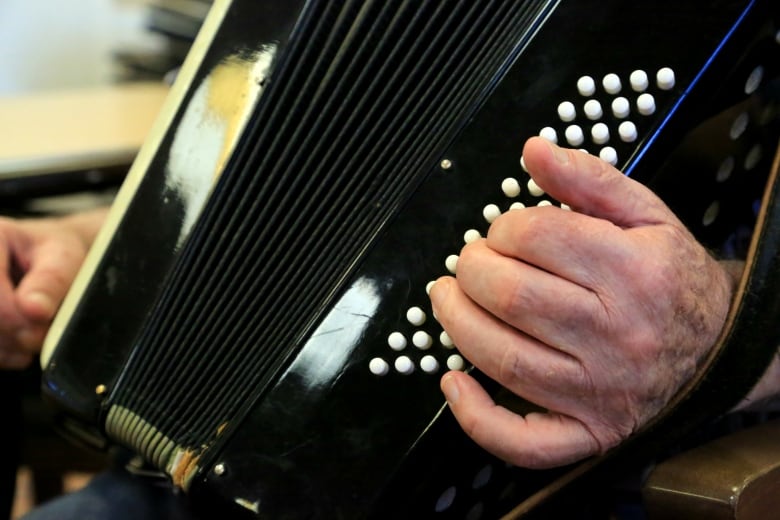 Dale Hulsdon said he used to play in a group that would do dances and different events. (Heidi Atter/CBC)

Shalley hopes the program continues long after she’s done her placement on August 16.

“I hope to see more volunteers to come in to play,” Shalley said. “I just think that it’s really good that music is still involved with people.”

It really makes me happy that they can share the memories together.- Kim Shalley

So far, Shalley has a teenager teaching a senior guitar, a resident learning the drums, and the accordion group but she’s looking for more volunteers. Any musicians looking to volunteer can get in touch with Shalley or her supervisor at [email protected] or [email protected]

“It really makes me happy that they can share the memories together,” Shalley said. “I hope that it brings more memories to come.”