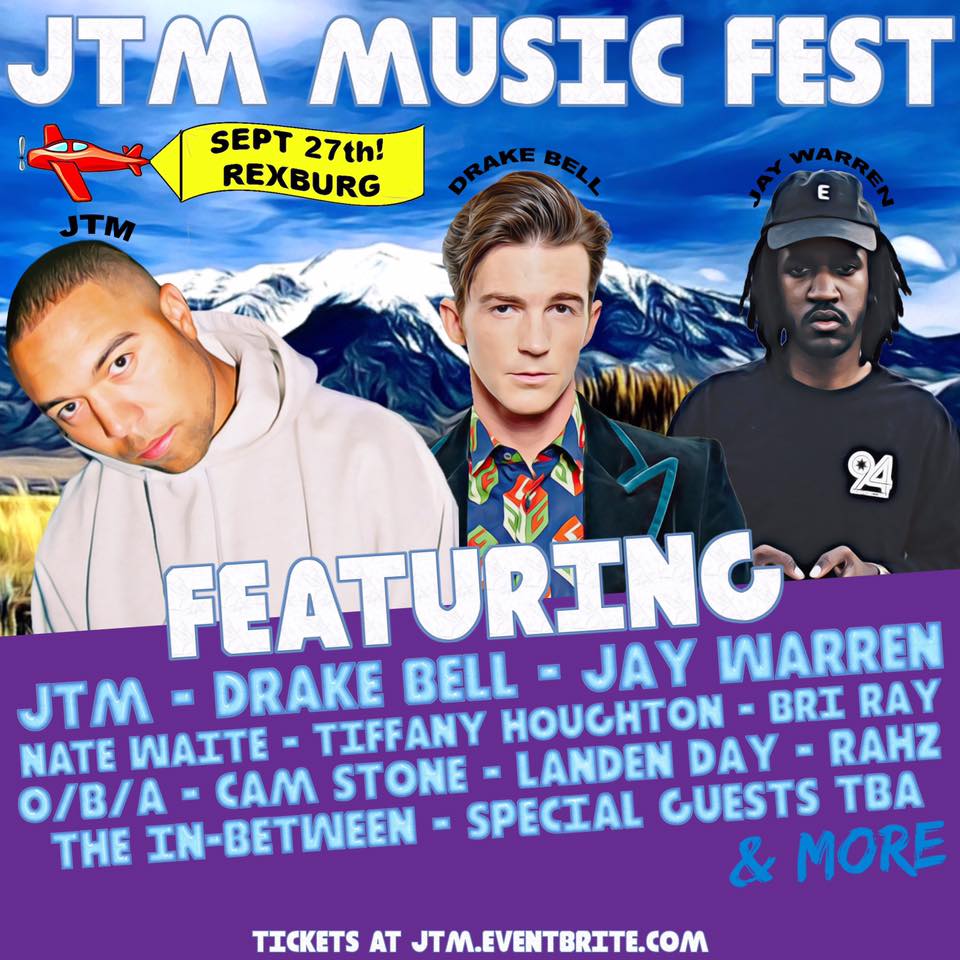 Day’s participation in the festival is the latest step up in the singer’s career and gives him the chance to share the spotlight with the likes of Drake Bell, star of the television series “Drake & Josh,” and popular Latter-day Saint rap artist JTM (formerly known as James the Mormon). Day said he’s excited to have an event like this come to Rexburg.

Day’s own love of music took hold early in his childhood.

“I was raised on music,” he said. “My dad was a big inspiration to me. He played guitar and I just learned guitar growing up. I became more interested in music as I got older and played in several bands in high school and college.”

Driven by his love for music, Day learned several instruments in addition to singing and guitar. He plays piano, bass and drums. Along with his skills as a musician, he produces, mixes and masters all of his recordings.

Day draws inspiration for his music from a wide range of musical artists.

“I’ve always loved alternative and rock music,” Day said. “Prince is a huge influence on me. Just with the way he plays guitar and writes music is amazing to me.”

Fusing these disparate influences together, Day has created a sound that is garnering more and more attention and affording him increasingly cool opportunities. In June, Day joined nationally renowned artist William Joseph as part of the award ceremony concert that concluded the Grand Teton Film Festival in Rexburg.

“He’s an incredibly talented pianist and composer who’s worked with a lot of big names,” Day said. “That was a huge honor for me. (The JTM Music Festival) is another huge honor for me, to be sharing the stage with Drake Bell and JTM. Just really cool opportunities.”

“The cooler opportunities I get, the farther I get into this solo music career, the more I love it,” he adds. “And the more appreciative I am of it.”

Playing the JTM Music Festival gives Day a chance to do what he appreciates most: play music he loves for an audience.

“It’s pure euphoria for me,” he said. “Doing something that I love so much and sharing it with people who want to be there and want to hear me play is just a really humbling event for me and I really enjoy it. Even if they aren’t familiar with me, the fact that I get to share what I love to do with them is a huge benefit for me.”

The JTM Music Festival takes to the stage in Rexburg Friday, Sept. 27. A percentage of the proceeds from the show will go to the Upper Valley Child Advocacy Center.