You’ve probably heard the quote, “We are the music makers.” The students in Plano ISD’s Rice Middle School live those words.

Rice Middle School received distinction in every single category on its STARR tests, and educators said one of the secrets to the success is the school’s commitment to music.

Rice’s orchestra is one of the top five in Texas and has held on to the spot for 12 years in a row.

Every single student must enroll in some form of music. Meliana Widjaja said she never picked up an instrument until 2 years ago.

“I really wanted to keep on going and pursuing it and playing at a higher level,” she said.

Determination and concentration led her to Ms. Fox’s classical orchestra class, where the top players in the school come to get pushed.

“They push each other, I don’t have to push them, they all listen to this group play and say, ‘I want to be here in two years,'” Fox said.

Some are prodigies, others work really hard. They all learn to appreciate what they bring. 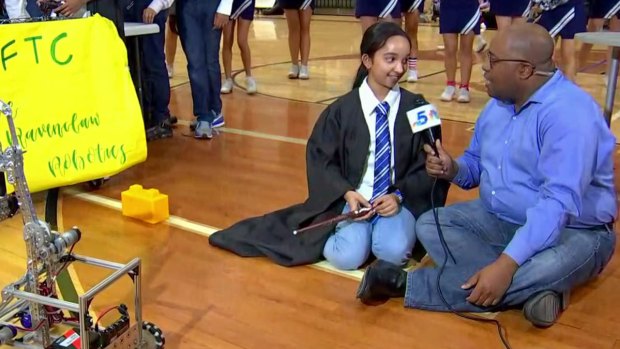 “I’s like building teamwork together, this is just like one great way to do it,” Hendy Rutnam said.

He loves to play the double base, and he practices every day. He said music isn’t in his professional future, but it’s still helping him on his path to the medical field.

“Playing music calms me down, so it helps me with math and my other studies,” Rutnam said.