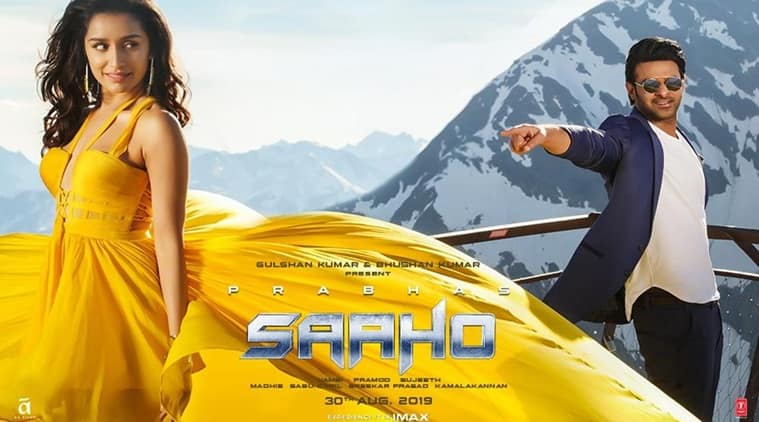 The Saaho album is best listened to single by single rather than front-to-back.

Saaho’s music is a mish-mash of different styles of music thrown together to serve the film. In isolation, each song has its own quirks and interesting parts but shoulder to shoulder with each other, the album has little cohesion. This perhaps has to do with the revolving cast of music directors, composers and singers.

Shankar-Ehsaan-Loy, Guru Randhawa, Tanishk Bagchi and Badshah take a gander at making music for the film and in some places it shines.

The first song of the film is Tanishk Bagchi’s “Psycho Saiyaan”. It is a lower-tempo dance number whose groove is a twist on a Dancehall beat that is driven by bass. The song’s hook sticks with you and is perhaps one of the standout moments on the nearly 10-minute-long soundtrack.

“Enni Soni”, the album’s second song, was labelled as “the love anthem of the year” before its release. The opening guitar melody is soft and together with the airy synths creates an atmosphere that is primed for Guru Randhawa’s loving vocals.

The song’s production further ensures that it stands out. It has a trap influenced beat that does not take a backseat in the mix. However, the entire bridge section is jarring to hear and may put off some listeners.

The third song on the album, “Bad Boy” is a two-minute-long male bravado fuelled anthem to bad behaviour. Badshah composed this number and it is definitely the worst of the lot. Badshah is very good at what he does. He knows how to make a verse and perform it so that it sticks with you. But even though the song’s music is well-crafted, Badshah’s verse is perhaps one of his least memorable performances.

The final song from Saaho is “Baby Won’t You Tell Me”. It plays with some interesting musical ideas and is different enough from “Enni Soni,” the other love song from Saaho, to hold its own. The Shankar-Ehsaan-Loy composition is a soft and introspective song that prominently features the piano while incorporating contemporary styles of Pop music production. Unlike “Enni Soni”, this song is slower and the beat is much more understated.

Saaho’s lack of cohesion in production, vocals and instrumentation may well be a too-many-cooks situation, but the album does have some bits where it shines. It is best listened to single by single rather than front-to-back. Perhaps this was the intention behind the incredibly short lengths of every song. After all, the shorter the song, the more the potential for repeated streams.

Saaho falls prey to personnel mismanagement to create an ill-fitting mosaic of music.