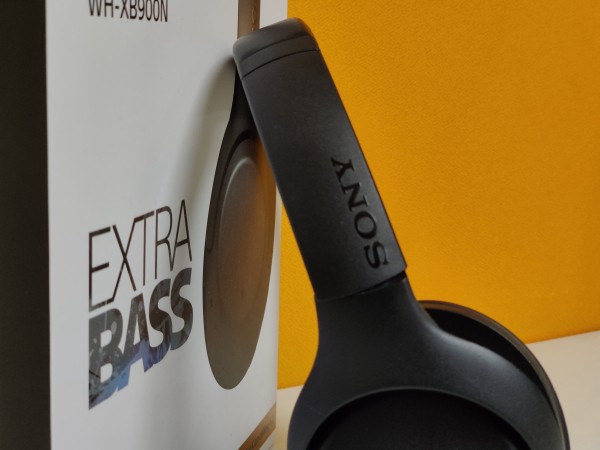 Sony’s WH-1000XM3 received a great response from critics and consumers, making it perfect noise-cancelling wireless headphones in the market. But the industry’s leading wireless headphones from Sony don’t come cheap, costing over Rs 25,000 in India, which is why Sony targeted the masses with the launch of WH-XB900N.

Sony XB900N headphones join the company’s Extra Bass series with an affordable approach in mind. Priced at Rs 16,990, the XB900N instantly saves folks Rs 10,000, but that decision comes with certain compromises one must be willing to make. But the question is whether XB900N worth its price and moreover worth settling for instead of 1000XM3 by saving 10 grand. Let’s find out.

Sony knows how to get the design of the headphones right and it has left nothing worth complaining over in its XB900N series. With an uncanny resemblance to the premium WH-1000XM3, Sony’s XB900N are made to fit your style. The soft leather padding around the ear cup and under the headband guarantees comfort, even if you’re binge-watching your favourite shows and movies. 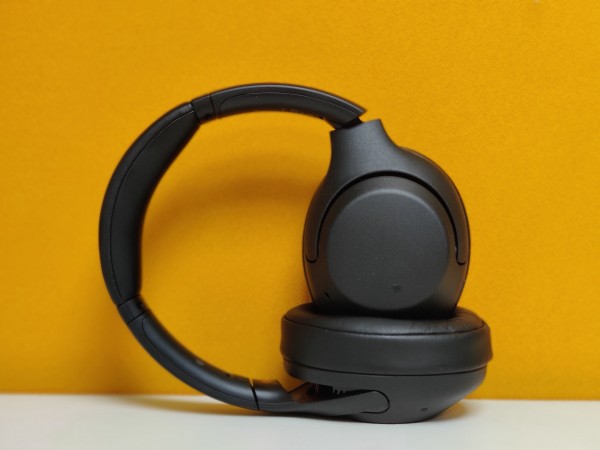 The minimalistic design of Sony WH-1000XM3 is replicated in the XB900N and has more or less (stress on the less) the same functions. The XB900N can fold flat, giving a better rest to your neck and there’s also a carrying pouch to safely store the headphones. The XB900N misses the pressure optimising feature for frequent flyers and the QN1 processor for better noise cancelling. But in doing so, Sony brought down the cost of the headphones quite drastically.

The right ear cup still has touch control, which works pretty well. There are two buttons, one for power and the other “custom” button that can be programmed to wake your choice of voice assistant from Google or Amazon. If you’d like to give this customisation a pass, the custom button will act as a toggle for different sound modes, including noise-cancelling settings. That was our preference and it worked great. 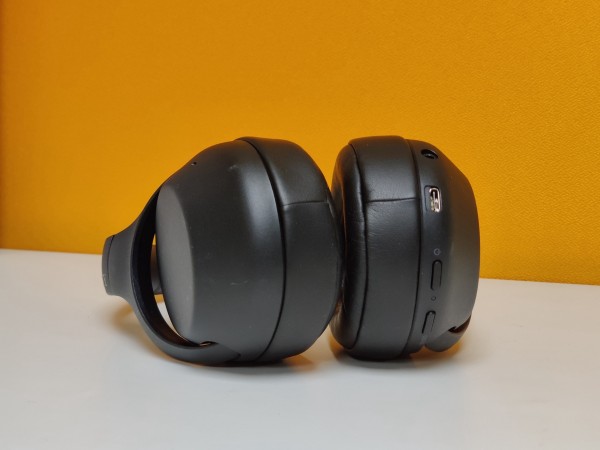 With the ANC feature, Sony generously added the Quick Attention mode, which lets you cover the right ear cup to activate the ambient mode so you do not miss your flight announcement or seem ignorant to your flight attendant.

There’s a USB Type-C port for charging, a one-tap connect option using NFC, and a 3.5mm port in case you run out of battery. That pretty much summarises the overall design, which in all fairness looks better than most headphones in this price range.

This is where things get interesting. The 1000XM3 was undoubtedly the ideal gear for audiophiles who have an ear for those perfect decibels. Since the XB900N is a part of the Extra Bass series, it is heavy on bass (a lot heavy). If you’re a hip-hop fan, you’re going to love that extra thumping on your ears, but those who have a diverse choice in music will find it exhausting. This is where Sony’s Headphones app comes to the rescue as finding the perfect tuning for your taste can save the day. But nothing is really dragging these headphones through the dirt, so we aren’t going to criticise it heavily on those lines. The overall performance, paired with customisations through the app, is still workable for headphones costing around the lines of Rs 15,000. 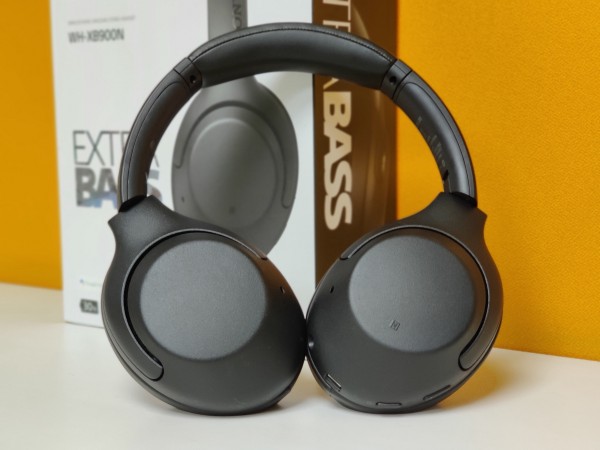 If we are comparing the XB900N to the WH-1000XM-series in the ANC department, there is an unambiguous difference between the two. For starters, the XB900N doesn’t have 1000XM3’s QN1 chip used for that perfect noise cancelling, but the XB900N does a fairly decent job when it comes to shutting the outside world.

The holy grail of Sony wireless headphones, their battery life, is the highlight of the XB900N just as it was in the 1000XM3. Sony XB900N will easily get you through the week with a fair amount of use. Our default volume setting was usually between 50-70 percent, and it ran through 10+ days with at least 2-3 hours of streaming daily. So that bold claim of up to 30 hours battery isn’t an exaggeration for the sake of marketing by Sony. Since we mostly used the headphones with ANC, turning off that feature can actually give a few extra hours, but we wouldn’t compromise on the useful feature just so it could last a bit longer. While battery remains Sony XB900N’s strongest suit, it is also a part of the problem. Charging time is exhausting in the XB900N and it can take anywhere between 6 to 7 hours. The best practice was to leave the headphones on charge overnight. But if you’re in a rush, charging the headphones for 10 minutes can give you about an hour playtime, but what good is it going to do if you’re planning on a binge-watching session on the flight back home.