Telugu TV anchor Sreemukhi is all set to return to small screens as a host. The actress will entertain the audience with the Bigg Boss Telugu 3 gang on Start Music Reloaded during its premiere show on December 5.

Sreemukhi is one of the popular TV presenters, but her stint on Bigg Boss Telugu 3 has multiplied her fans’ count. She is returning to her regular a month after the grand finale of the hit reality TV show. The Bigg Boss Telugu 3’s runner up will host the musical game show Start Music Reloaded which will have its premiere on Star Maa on December 5.

Start Music Reloaded is telecast at 12.00 pm on Thursday, Friday and Saturday. In the promotional video, Bigg Boss Telugu 3 contestants Ashu Reddy, Himaja, Rohini, Vithika Sheru, Mahesh Vitta and Rakesh of Jabardasth fame are seen having a blast on the opening episode of the show. 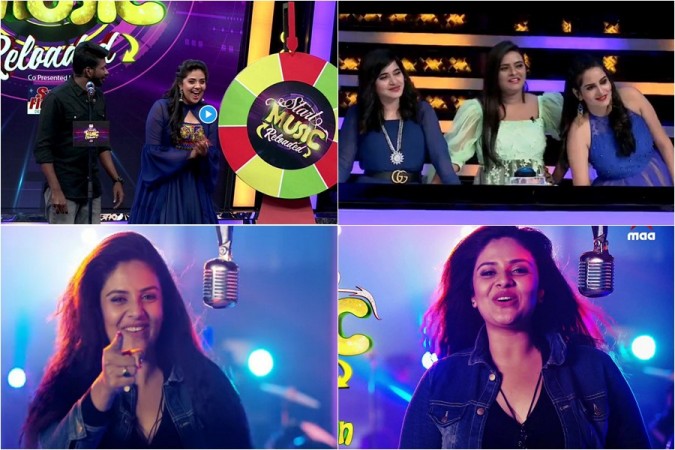 Start Music Reloaded, which marks Sreemukhi’s comeback as a TV host, features celebrities entertaining the viewers with some fun-filled games. All the fans of the actress-turned-anchor are excited to see her back on the small screen. Many replied to Star Maa’s tweet and said that they are eagerly waiting for it.

We Are Eagarly Waiting For You Bujji, The #startmusicreloaded Full Fun Guarantee, Dummu LechiPovali Anthe…!

Interestingly, Sreemukhi is turning singer with Start Music Reloaded, as she recently recorded a song for its promo. Star Maa released a making video of this song on November 26. In this clip, the actress confirming singing and dancing for its tunes and said, I myself am doubtful whether I am a singer, or dancer or a host. I don’t know, but I am trying it out. I request you to bear with me.”