New musical comedy series Perfect Harmony is a mix of Sister Act and The Office, one of its stars has said.

The series follows a down-on-his-luck Ivy League music professor who stumbles upon a church choir group in a rural US town.

He is initially sceptical of helping out the motley crew of singers before his attitude towards his new neighbours softens.

Perfect Harmony drew immediate comparisons to Glee when it was unveiled, however actress Anna Camp, who plays a local waitress and part-time chorister on the show, said it has more in common with 1992 comedy Sister Act and popular sitcom The Office.

Speaking at an event in Los Angeles, she told the PA news agency: “I usually say it’s a little bit like The Office meets Sister Act.

“Because there’s a choir element, there’s a singing element, but it’s not a competition show like Glee. A lot of people are asking if it’s a Pitch Perfect spin-off – definitely not.

“It’s more like an ensemble comedy with musical elements.”

Bradley Whitford stars in Perfect Harmony as cantankerous university lecturer Arthur Cochran, who washes up in the US state of Kentucky after a run of bad luck. 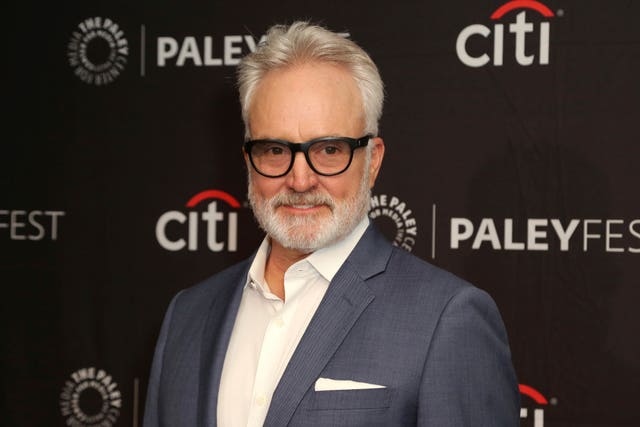 Whitford, who also serves an an executive producer, described the character as a “pain in the ass”.

Speaking at the annual PaleyFest TV previews event, he said: “He’s in a lot of trouble. He’s lost the love of his life and he’s ruined his career and he’s got nowhere else to go.”

Asked if comparisons with musical comedy Glee were fair, he said: “It’s not a comparison because the music was more the point in Glee, here the comedy is the entree.

“The music is really a fun part of it but we’re not gearing up for a competition every show.”

Perfect Harmony is set to debut in the US later this month. No UK release date has yet been announced.