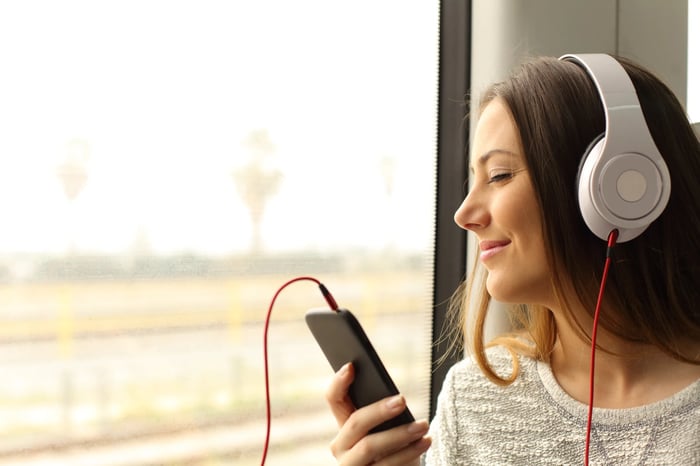 Investors continued to have high hopes for a future economic rebound, as they sent major market benchmarks sharply higher. Even with lingering concerns about the potential for a coronavirus setback or other potential risks, market participants had their attention focused squarely on the positives. That sent the Dow Jones Industrial Average (DJINDICES:^DJI) up more than 2%, while the S&P 500 (SNPINDEX:^SPX), and Nasdaq Composite (NASDAQINDEX:^COMP) settled for slightly more modest gains on the day.

The coronavirus bear market in late February and March put a lot of initial public offerings on hold, but the big appetite for stocks during the ensuing rebound has put IPOs back on the table. Warner Music Group (NYSE: WMG) had success on its first day of trading, and investors have high hopes for the newly public company. Shareholders have also enjoyed the surge in Genius Brands International (NASDAQ:GNUS), but there’s a lot more concern about whether the huge rise the stock has seen is actually sustainable.

Warner Music Group got a nice response from investors on Wednesday. The music publishing company moved forward with its IPO today after having just filed a revised registration statement last week. Warner had stated that it would seek to price shares in a range between $23 and $26 per share, and the final $25 IPO price was squarely in line with that estimate. The stock finished the day up more than 20%, climbing above the $30 per share mark.

Warner had initially expected to go public back in February, but the violently turbulent market environment forced the music company to delay its plans. In the end, Warner was able to upsize the offering, selling 77 million shares rather than 70 million while still getting a good-sized price bump.

The music industry has changed dramatically, and Warner now relies largely on revenue it gets from music streaming services. The company believes that it can look at boosting the prices it charges to give listeners access to music, especially as new technology like smart speakers lead more people to take paid subscriptions to streaming services. Even so, Warner still faces an uphill battle, as Americans and many others across the world are used to getting streamed music for free in exchange for accepting ads.

Investors in the music industry will like having a chance to invest in a content-centered company with a lot to offer. If streaming keeps taking off, Warner wants to be in the driver’s seat to take advantage of it — and thereby boost the IPO stock‘s price.

Those gains are impressive, but it’s important to put them in context. As recently as early May, Genius traded for just $0.31 per share — far below its nearly $8 per share close today. And lest you blame the coronavirus pandemic for Genius’s woes, think again: The stock started trading in a range between $0.20 and $0.40 per share last November.

Genius investors are excited about announcements of a new toy line and the launch of a cartoon-channel offering. With properties including Rainbow Rangers, Warren Buffett’s Secret Millionaires Club, and Llama Llama, Genius has high hopes for a multimedia explosion.

Yet the question would-be investors should ask is this: With “certain long-standing investors” having invested $9 million in the company at $1.20 per share on May 18, why exactly should you pay $8 per share now? I don’t think that’s the sort of value proposition Warren Buffett would sign on for, and it doesn’t surprise me to see short-selling investors chomping at the bit to bet against the would-be kids media giant.