LONDON: From a superfan’s shrine to a replica of the 1974 Eurovision Song Contest stage where they triumphed with “Waterloo“, a new exhibition opening in London on Friday looks back at the huge success of Swedish pop sensation ABBA.

A visitor enters the ABBA: Super Troupers The Exhibition at the O2 in London, Britain. -Reuters

Personal items such as member Bjorn Ulvaeus’ school report as well as pictures, gold discs and clothing are on display at “ABBA: Super Troupers The Exhibition“, which runs at London’s O2 venue until August.

One ABBA fan has also shared hundreds of items of memorabilia he collected for more than 40 years, including cushions, scarves, badges and even Christmas decorations. 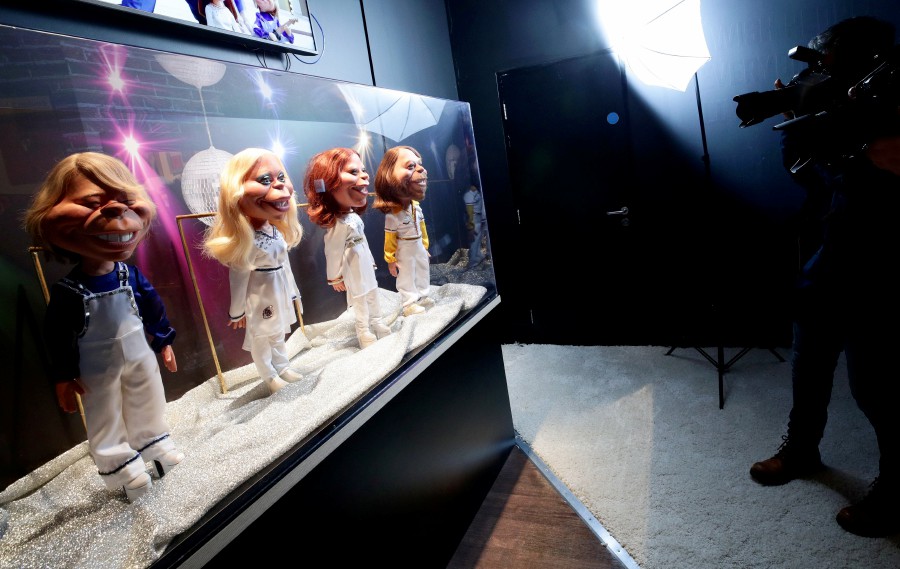 Photographers shoot a showcase with caricature puppets by the Jim Henson Company for the music video “The Last Video” during the ABBA: Super Troupers The Exhibition at the O2 in London. – Reuters

“I have a vague memory of them winning the Eurovision Song Contest but in ‘75 when ‘I do, I do. I do’ came out, there’s something unique about the saxophone intro that caught my ear and it wasn’t too long until I related the two together,” ABBA fan Andrew Boardman, 56, told Reuters at an exhibition preview. 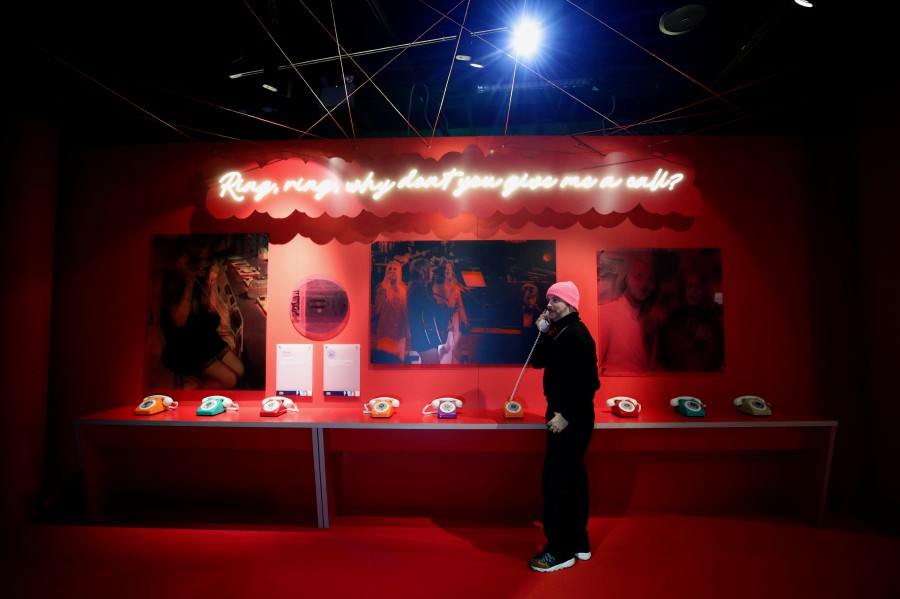 A visitor listens to a telephone during the ABBA: Super Troupers The Exhibition at the O2 in London. – Reuters

“From then on it was just every bit of pocket money (went towards buying ABBA memorabilia). Everything has gone on and on. As I started to work, it’s gotten bigger and bigger.”

ABBA, made up of Ulvaeus, Benny Andersson, Agnetha Faltskog and Anni-Frid Lyngstado, shot to global fame after winning the 1974 Eurovision Song Contest. They enjoyed huge commercial success with a string of 1970s and 1980s hits including “Dancing Queen“, “Mamma Mia” and “Thank You for the Music.” – Reuters