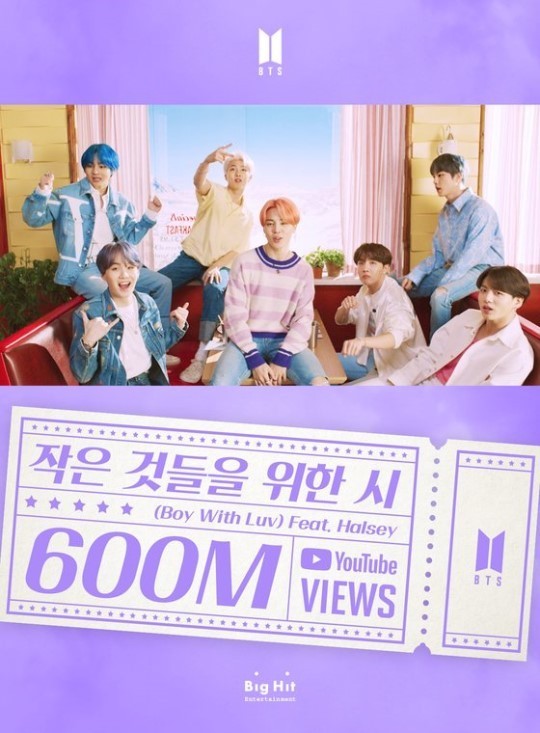 The music video of K-pop boy band BTS’ latest single “Boy With Luv” was the most viewed music video on YouTube in South Korea this year, the company said Friday.

The music video has topped the milestone of 600 million YouTube views, according to YouTube. “Boy With Luv” is a track off the latest BTS album, “Map of the Soul: Persona,” released April 12 and featuring American diva Halsey.

(Big Hit Entertainment)
Its music video set a Guinness World Record for the most views on YouTube in 24 hours: collecting 74.6 million views on the first day of its release.

The music video of “FANCY” by K-pop girl band TWICE came in third place, with “Kill This Love,” released in April by BLACKPINK, in fourth place. (Yonhap)