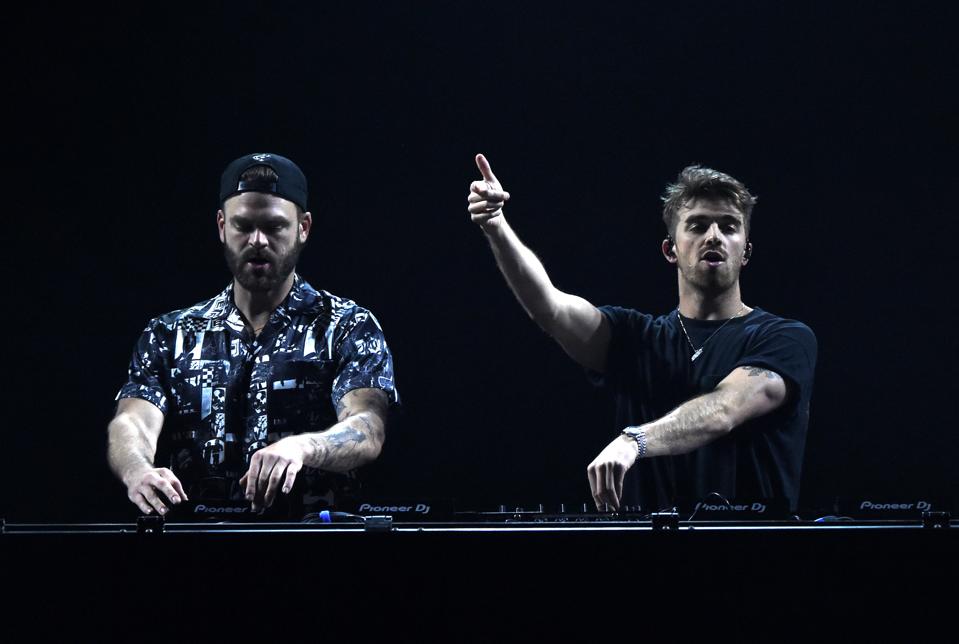 The Chainsmokers perform onstage at the AT&T Block Party during the NCAA March Madness Music Series … [+] at The Armory on April 05, 2019 in Minneapolis, Minnesota. (Photo by Kevin Mazur/Getty Images for Turner Sports)

The Chainsmokers, who captured the No. 1 spot atop Forbes’ highest-paid DJs list of 2019, are venturing into the world of television with a new music drama.

The Grammy-winning EDM duo of Alex Pall and Drew Taggart are set to executive produce Demo, which follows a young musician who “dares to leave behind her struggling indie rock band and her working class family to try writing pop songs in Los Angeles,” according to the show’s description obtained by Variety.

The new show, from writer Joy Gregory (known for Madam Secretary and Switched at Birth), is currently in development by Freeform and comes from the Chainsmokers’ Kick the Habit Productions and Greg Silverman’s Stampede Ventures.

The announcement marks one year since the duo unveiled their new production company, Kick the Habit Productions, in November 2018. The production company was created to “bridge the gap between our overall artistic vision, the entertainment industry as a whole and our fans,” the duo said in a statement. The move illustrates their vision to transcend the boundaries of music to curate meaningful projects across the entertainment industry.

The Chainsmokers aren’t the only musicians who tapped into production after building a successful career in music. Queen Latifah’s Flavor Unit Entertainment, Ice Cube’s Cube Vision and Will Smith’s Overbrook Entertainment are all examples of film production companies created by musicians.

In July 2019, The Chainsmokers topped Forbes’ annual Electronic Cash Kings list with $46 million, their biggest earnings year yet, dethroning Calvin Harris after six consecutive years at No. 1. The pair’s high sum derived from a three-year residency deal with Wynn Nightlife announced in 2017 (and recently extended until 2021). In between Vegas gigs, the duo played a multitude of festivals and private shows, pulling in mid six-figure sums per night. Their yearly total also factors in endorsements and recorded music sales.

The Chainsmokers are currently touring on their World War Joy tour, alongside 5 Seconds Of Summer and Lennon Stella.