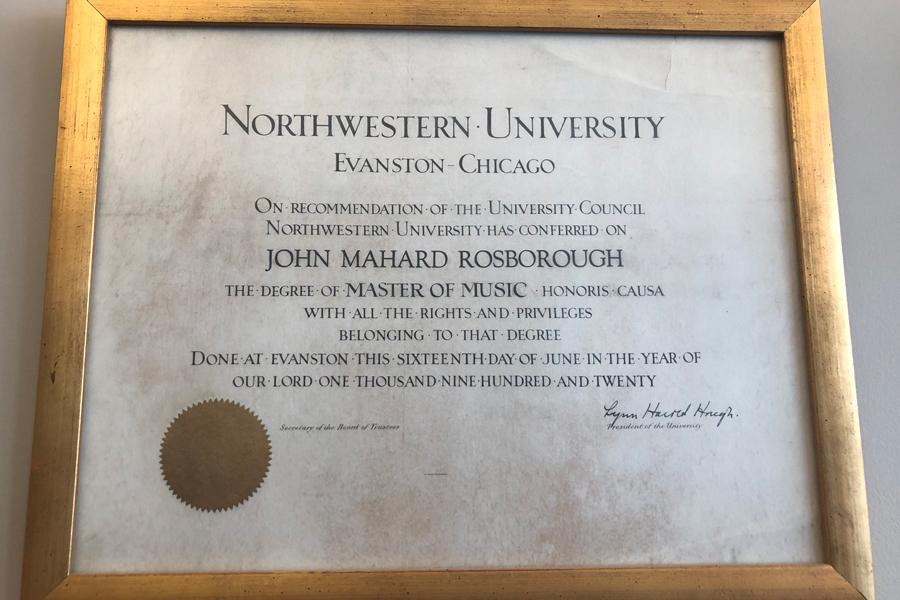 As Bienen Prof. Kurt Hansen walked to his car after his Saturday class several years ago, he caught the glares from people in the parking lot. This wasn’t just any normal Saturday afternoon — it was game day between Northwestern and Nebraska. The tailgaters were out in full force — some fans in purple, some fans in red, but Hansen was in both.

For the past six years, Hansen has worn his custom-made sweatshirt, split right down the middle to reflect his dual loyalties. The Omaha native was involved with the University of Nebraska and his father, Kermit, was elected to the school’s Board of Regents for 15 years starting in 1975.

After growing up in the Cornhusker State, he came to Northwestern, where he received a bachelor’s degree from the School of Communication and, eventually, a master’s degree in music. But despite having strong ties to both places, Hansen would never pick a side.

While Hansen’s musical journey kicked off at Northwestern in 1964, the family musical lineage started in Evanston decades before he was born. In 1905, John Mahard Rosborough, his maternal grandfather, graduated with a bachelor’s degree in music from Northwestern.

During Rosborough’s time in Evanston, he was Dean Peter Lutkin’s choral accompanist and, in 1920, became the first person to receive an Honorary Master’s Degree in music. Despite his vast accomplishments at Northwestern, Rosborough left and moved to Nebraska to become the head of the University of Nebraska School of Music. He would work in that position for 10 years before spending the next 11 years as the Dean of Nebraska’s School of Music.

In addition to serving as a dean, he also formed the Lincoln Cathedral Choir, a collegiate choir that received national acclaim for its excellence and even performed at former President Franklin Delano Roosevelt’s inauguration. [person]

Rosborough started the musical lineage, eventually passing it down the family. Hansen’s parents met through the choir in 1938, got married seven years later and, in 1946, Hansen was born.

Eric Hansen, Kurt’s younger brother, said he can remember going to games at Memorial Stadium with his family when he was little. While the team was extremely successful during the 1990s, Eric said he and Kurt would run around the empty stadium growing up because the team wasn’t winning games in the ‘50s.

But the one thing about the game that Eric Hansen always remembered was the theme that was ingrained in his family’s genes — the music.

“Football didn’t really start until I heard the (University of Nebraska) marching band pregame going up and down,” Eric Hansen said. “(It was the) same songs every year, but I got goosebumps… got me psyched up for football, but also reminded me of my mom and dad.” 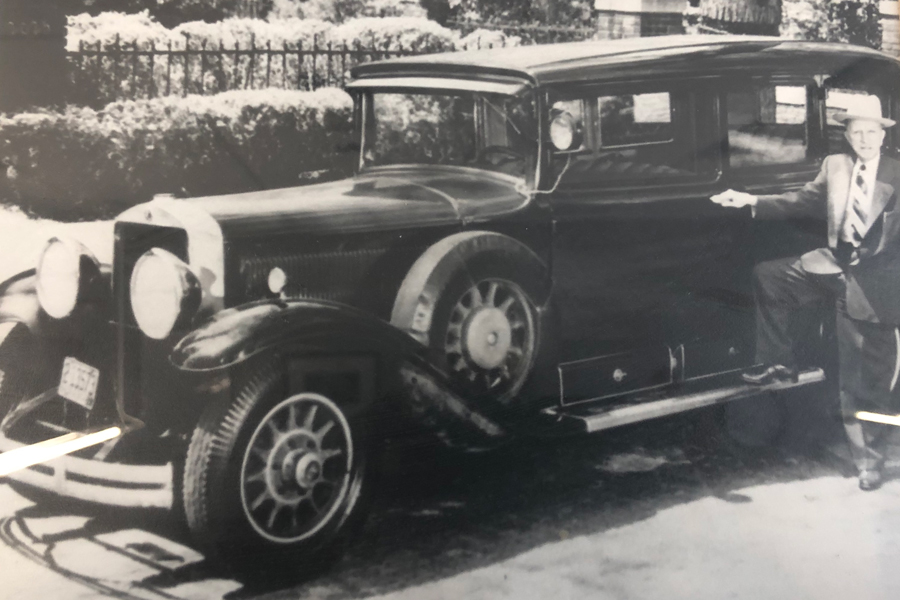 The Hansens were brought up with music — their mom, Mary, went to graduate school at The Julliard School. Both parents had an immense impact on music in Omaha as well, as their dad was the president of the Omaha Symphony and their mom helped found the Omaha Area Youth Orchestra.

Today, Eric Hansen is a tax accountant, but his mom’s insistence on learning an instrument paid off for him when he was younger. Following his mom’s advice, Hansen learned how to play the piano, saxophone and bassoon and eventually joined the West Coast Marine Corps Band instead of going to Vietnam.

“I was able to go join the band and keep out of harm’s way,” Eric Hansen said. “I’ve continued to play the piano, I love music… it’s still very much a part of my life.”

Like Eric, Kurt joined the United States Air Force band program during the Vietnam Era from the fall 1968 to September 1972. After serving, he returned to Northwestern as a graduate student and got his master’s from the Bienen School of Music. He became a member of the Alice Millar Chapel Choir, where he — like his parents, would meet his wife — Theresa Brancaccio. 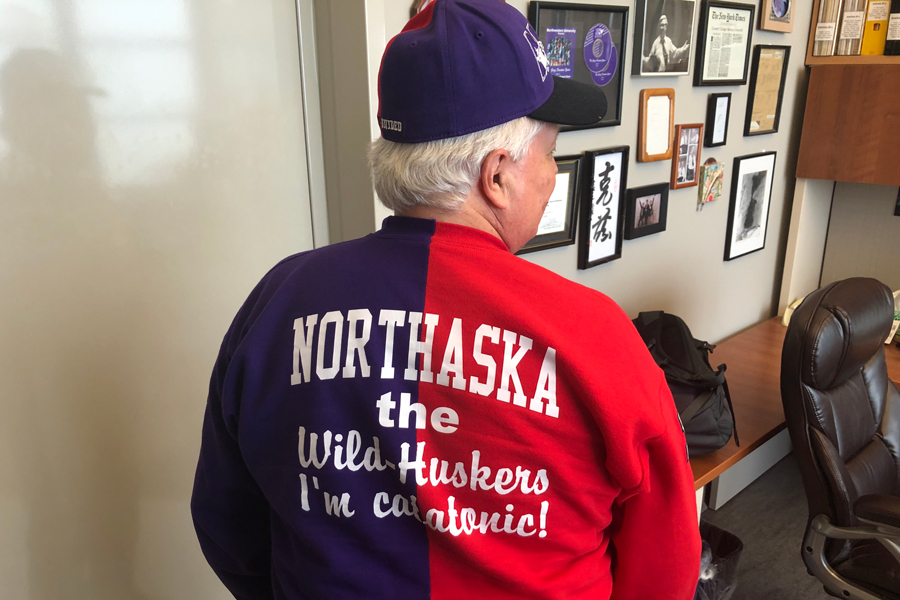 Andrew Golden/Daily Senior Staffer
The back of Hansen’s sweatshirt, which reads “Northaska, the Wild-Huskers, I’m catatonic!”

Brancaccio, who has been on Bienen’s voice and opera faculty since 1999, said she had no idea how big football was to the Hansen family. She noted that all she knew about her husband at the time was their shared love of music, Northwestern and his love for Russian novels — until she met his family.

“It just was another world, just something I kinda look at like an exhibit,” Brancaccio said. “It’s not something I relate to very well, but the joint passion for both places, I did know he definitely had that.”

As NU prepares to face Nebraska once again on Sunday, Hansen will don his “Nebwestern” sweatshirt and his “House Divided” hat with the two teams on it.

As he walks around campus, Hansen will take in the groans from his fellow faculty and students who know it’s Nebraska week. He will take in the laughs from fans who see him supporting both teams — but what he loves most is when people ask him about his story.

“What’s fun to me is having people laugh and giggle about this, but also ask me about it.” Hansen said. “College spirit is light-hearted. Not just ‘Kill Notre Dame,’ but I mean there should be some light-hearted parts of it, too.”