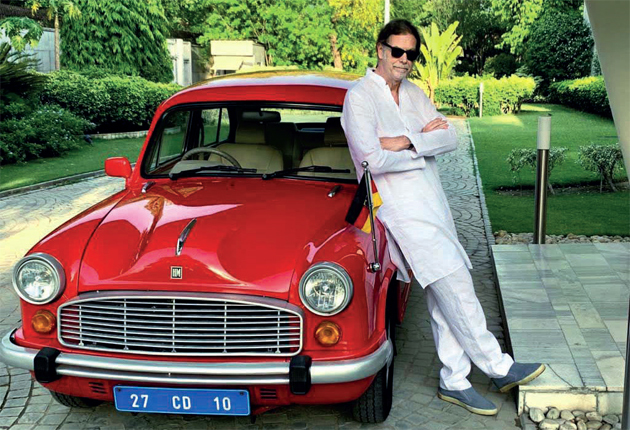 It takes a fine balance to be a globe-trotting diplomat who rose to the rank of foreign secretary and a celebrated musician, but for Walter J Lindner, the new German envoy to India, juggling both has been a cherished journey.
ET reports.

Lindner has enjoyed every moment of his dual-track career over the past four decades. Right now, his immediate task is to cement the Indo-German strategic partnership with the upcoming visit of German Chancellor Angela Merkel.

Simultaneously, though, he’s also thinking about enthralling Indian audiences and connecting with them through his music. Lindner, 62, has already met many Indian musicians since he arrived in India as ambassador in mid-2019. He attended a concert of Shujaat Khan and a qawwali performance at the dargah.

His interest in both music and India was sparked back in 1971, when he listened to the Concert for Bangladesh, organised in New York by former Beatles lead guitarist George Harrison and sitar player Ravi Shankar.

Lindner embarked on his musical journey at the Richard Strauss Conservatory in Munich, where he learnt to play the piano and the flute and how to conduct an orchestra.

Back at his official residence in Central Delhi, Lindner has set up a personal music studio that’s equipped for impromptu sessions with other musicians.

Music is something that Lindner has always focused on throughout his diplomatic career.

During his diplomatic posting in Kenya between 2006 and 2009, Lindner used to organise an East African pop and rock festival in the garden at his home. In New York between 1998 and 2001, he collaborated with a Broadway R&B artist.

Lindner believes music helps him connect with the people better and is key to a diplomat’s success, apart from developing his own understanding and awareness of the country of his posting.

“I am approaching India and Indians with an open heart, having spent time here in 1977 and impressed with the spiritually and philosophy. I make weekend travels to smaller cities and towns at my own cost to learn more about this magnificent country. I was always impressed by India, by its enigma,” Lindner told ET in an exclusive, freewheeling interview.

Lindner was “fascinated” by the spirituality of India when he first came here in 1977. At that time, India may have been a “bit more naïve” than it is today – it was thought of as a place where everyone was meditating and doing yoga and was a “place of enlightenment for us,” he recalls.

“To get a more in-depth understanding of India, I thought I have to come here as an ambassador,” Lindner noted as he delved into his journey in the worlds of music and diplomacy.

After his music studies in Munich, Graz and Boston, Lindner returned to Germany in 1980 to study law. He practised for two years before switching to the diplomatic service in 1988, which took him to countries across Africa and Latin America. He rose to become Germany’s foreign secretary from February 2017 to March 2019.

“But this idea of India was always in my head because I had been here for six months but I knew I had to come back because six months is not enough to decipher the mystics of this country. I guess you need a whole life,” he said.

So, how does he view the India of 42 years ago and the country it is now?

“I visit flower markets and spice markets and I also visited IT hub in Bengaluru. It is fascinating,” said Linder, who moves around in the capital in an Ambassador car and is quite delighted about it because it is another novel way of connecting with the people.

“I am just saying it’s a wonderful car. And I’m happy that I can make the Indians happy when I see people standing on the streets, waving at us, clicking, you know, from all walks of life. So, it is out of my hands now, it’s not my car anymore. It is an Indian car,” he said.

Until a few months ago, former Mexican envoy Melba Pria used to travel around in an autorickshaw, which became her style quotient in New Delhi.

According to Lindner, this helps to assess the strategic importance of the country.

“And so, for this, I guess you have to talk, of course, to intellectuals and journalists and corporates, but also to the people on the street… in all my postings, I always went out there and tried to get a feel of the people,” the envoy recalled.