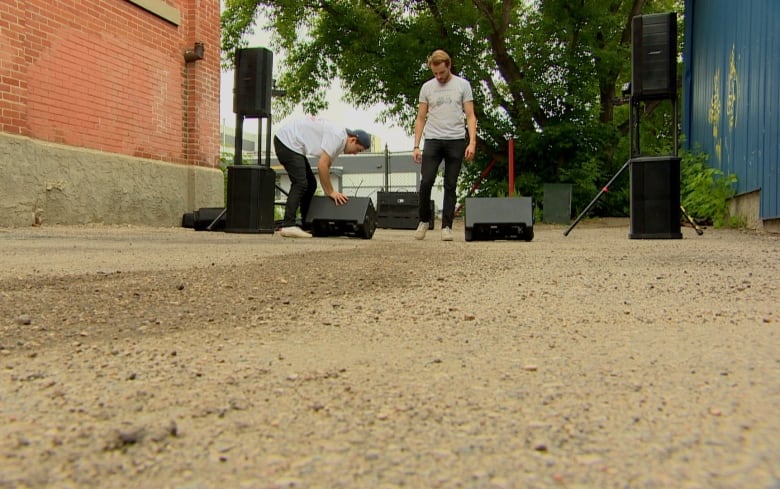 They were creating a stage in the alley beside the Exchange in Regina in preparation for the second annual Grind Central Festival. Both sweated in the July heat as they joked about bringing on volunteers next year.

The festival was put on through their small independent label, Grind Central Records.

The label began in a basement in 2017 as a way to get their own album out. Both are a little surprised at how it’s grown.

“It’s just two guys just kind of making it up as we go,” Dimas said.

Chris Dimas said they have unique skill sets and fill in the gaps in each others’ work flow. ‘He’s the yin to my yang,’ McGuire added. (Kirk Fraser/CBC)

Grind Central is one of several indie record labels that have popped up in Saskatchewan in recent years. Often people pay attention to the music, rather than the label, but these small companies are amping up the music scene.

There’s no clear cut formula for running a label. Most small independents tailor their services to the needs of each artist, said Mike Dawson, executive director at SaskMusic and musician.

The model is helpful in the ever-evolving music industry. Dawson said artists need help navigating the challenges and opportunities posed by the internet and streaming.

“You can put a song up on a streaming platform and suddenly it explodes somewhere in the world,” Dawson said.

On the flip side, revenue streams are fractions of what they once were. There’s also so much more music out there.

“It’s so easy for everything to just get drowned out, so you put out a record and it’s really cool for a day but then it becomes yesterday’s news,” McGuire said.

For Grind Central, one of the biggest challenges is trying to help artists cut through that noise. 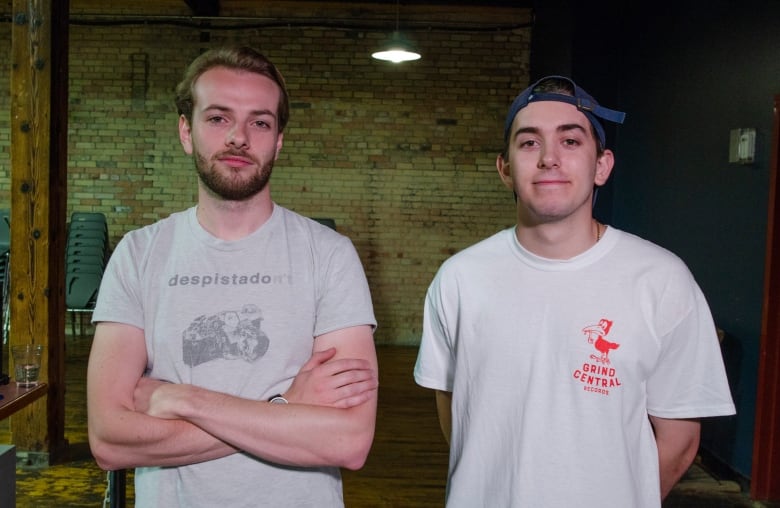 Chris Dimas (right) said they have unique skill sets and fill in the gaps in each others’ work flow. ‘He’s the yin to my yang,’ McGuire added. (Kendall Latimer/CBC)

Grind Central Records started in Dimas’s basement. Longtime friends McGuire and Dimas play in a band called Surf Dads. They struggled to connect with a label to release their album in 2017, so they created their own.

“It just sort of happened. We kind of learned as we went,” Dimas said.

They branched out to include other bands that they were in then moved on to others they weren’t part of. They’re focused on growing the city’s music scene.

“There were a lot of mishaps and things that you learn from one record that you don’t do on the next,” Dimas said. 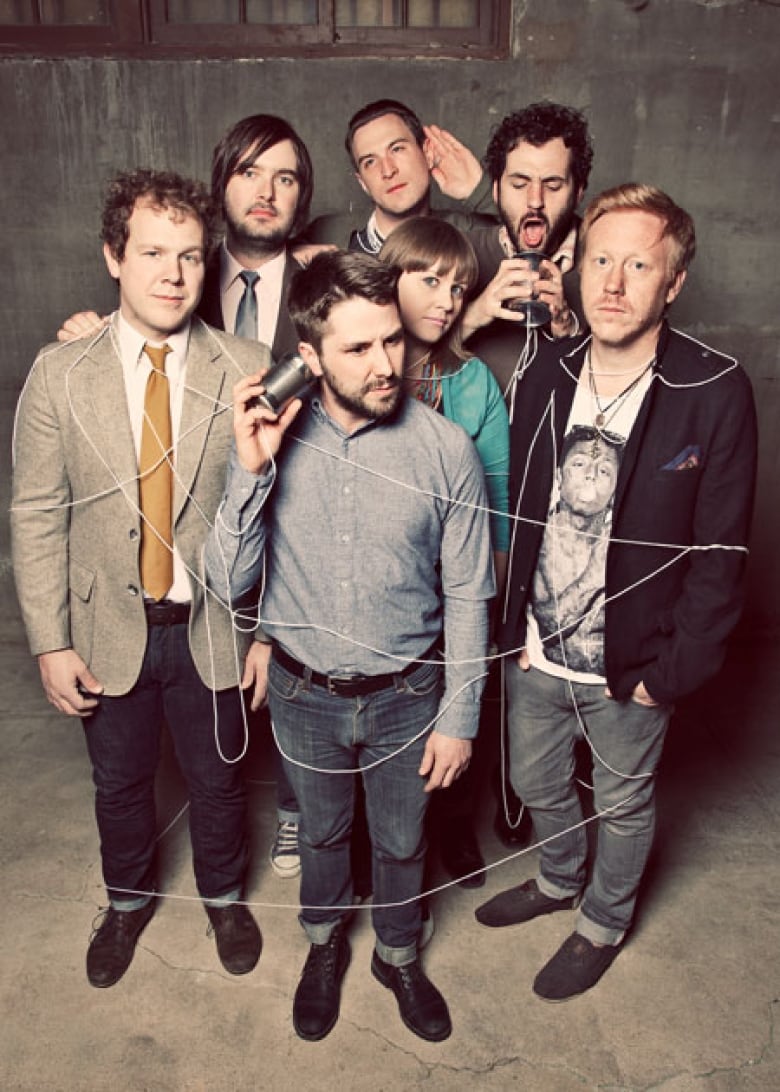 At the same time, they’re trying to help their artists book tours and festivals. Dimas said the best feeling of it all is seeing their friends succeed, like when Trash Hawks got an invite to the UK.

“It’s kind of cool because you start from scratch with (artists) a lot of the times, and then you see them hit milestones,” McGuire said.

Not just big label or bust

Dawson said in decades past it seemed like musicians would need to link up with bigger labels.

“[Indie labels] certainly do serve a purpose and they build community in different ways.”

He knows that firsthand.

He once operated Young Soul Records, a more “traditional label” which was part of EMI Associated Labels Division.

Now he has an experimental music label focused on tapes and instrumentals. He said it’s a little home for him and a few fellow artists, much more about sharing art rather than the commerce of music. 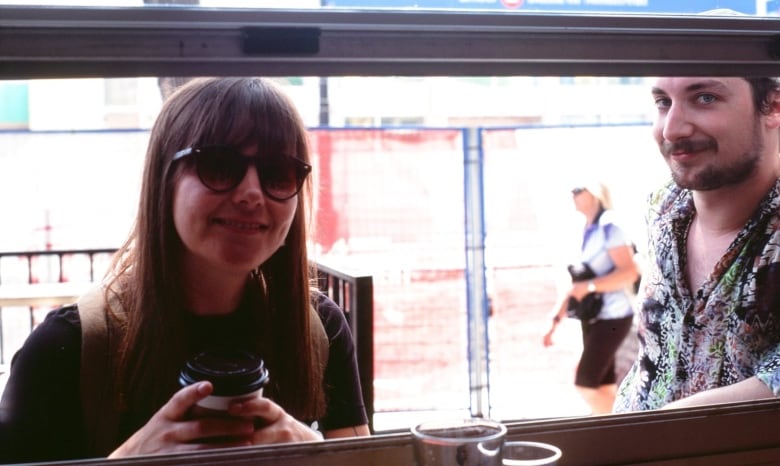 Grey Records is an artist-focused label run by Lenore Maier and Duncan Pickard. The label is fuelled by late night meetings at local bars or coffee shops as both juggle other jobs and their own music.  (Submitted by Lenore Maier)

Dawson said local indie labels are playing an important role for emerging musicians. He said the growth of labels in Saskatchewan is emblematic of a growing music community, but also speaks to retention.

“Musicians, and people in general, are inspired to stay in the province,” he said. “They feel that they can make things happen here.”

In mid-July, hundreds of people packed into Danceland, an old music hall in Manitou Beach, Sask., for the second annual Manitou Boogaloo. The shaker is one of the projects put on by Saskatoon indie label Grey Records, co-managed by Lenore Maier and Duncan Pickard.

“Some people would argue right now that a record label is a completely moot thing,” Maier said, nodding to the streaming era.

Maier argues that a label done right is as essential as ever, if not more so.  She’s a technical director at Saskatoon’s Paved Arts and a musician.

Grey Records was formed out of Maier’s personal experiences. She had been approached by a handful of labels who said they wanted to help put out an album.

“What that entailed was essentially them just putting their logo on our music and that’s all — not really doing anything aside from that,” she said. “No promotion or physical copies, no show coordination — nothing.”

She reached out to Pickard and they decided to start something artist-centric.

“We actually want to help bands not just not just stick our logo on the side of their CD spine.”

“People still see the role of labels as maybe 20 years ago or so — as an entity with a lot of money,” Maier said.

Like most small independent labels, Grey Records is essentially the opposite: a labour of love with little money. Small labels have to be malleable in an evolving industry that’s had its hand forced by technology and the internet. 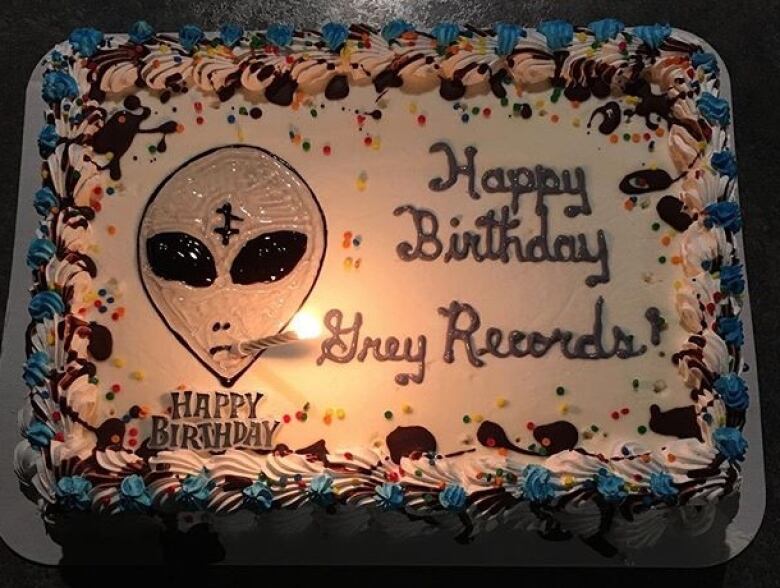 A highlight for Maier is when people gathered in Saskatoon for Grey Records’ first birthday last year. (Submitted by Lenore Maier)

Maier said a good label will go to bat for artists — and the wider community.

Maier and Pickard want to foster a healthy scene.

“It’s very important to us that people will have fun and feel safe at our shows,” she said. “We also try to keep our bills as inclusive as we can to be representative of the community and not just one demographic of people.”

With the label, Maier said they’re committed to their artists and knowing their limits.

“Sometimes people can bite off more than they can chew,” Maier cautioned.

She said Grey Records is meant to be a stepping stone for artists. The label won’t get bands “famous.”

“We’re a small DIY label and there’s I think there comes a point where their accomplishments outgrow our abilities.”