After shooting a short film “Kahaa Toh Tha” during the lockdown at home, actor Vatsal Sheth says he is working on a music video with his wife, actress Ishita Dutta.

Vatsal’s directorial debut “Kahaa Toh Tha” is a love story about a middle class couple, and the changes that the COVID-19 pandemic brings in their lives.

Vatsal’s directorial debut “Kahaa Toh Tha” is a love story about a middle class couple, and the changes that the COVID-19 pandemic brings in their lives.

‘We shot the entire film at home’
“‘Kahaa Toh Tha’ just happened. We hadn’t planned. My friend Manoj, who is also the writer of the film, sent me a one-liner and we liked it. We attempted to make it. We shot the entire film at home using whatever we could. We didn’t have the professional stuff but today’s camera phones are excellent,” Vatsal said.

“They have great quality camera with good resolution. We shot the whole film on our phones. I transferred all the footage to a senior editor and I got Mehul Vyas to do the background score. We got the best of people to do colouring and we did justice with the project. There was no option but for me to direct it. We had to produce it as well so I launched Vatsal Sheth Productions. It was great fun,” he added. 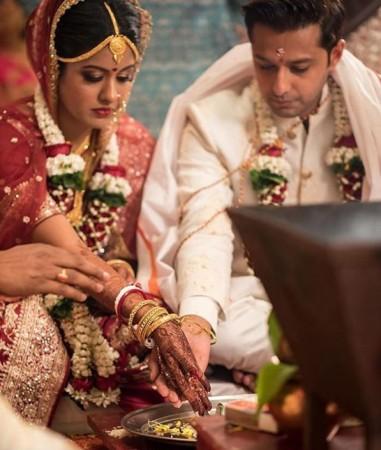 Opening up about the experience, he said: “And we both had a lot of fun even though it was difficult. Placing the camera, come back and check and a lot of angles .We also have got great response. People can relate to it. We are very happy with the response we got. We tried and attempted to make something of our own from our houses and gave something to the audience to enjoy from their homes. We are very happy.”

“I have turned director and I really enjoyed it. Now, Ishita and I are making a music video at home and it should be out soon,” he added.