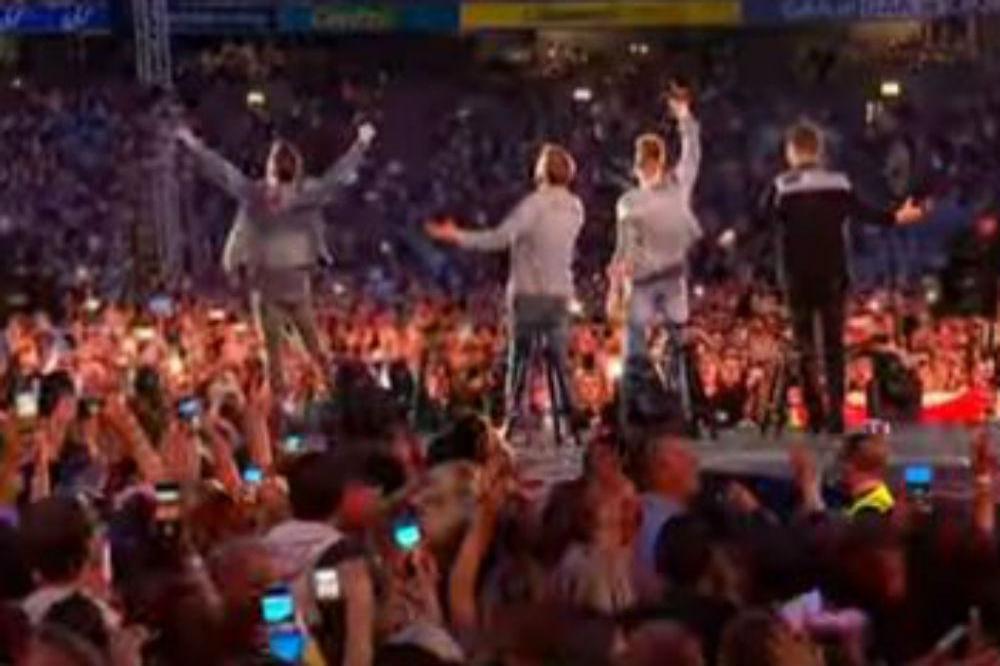 Westlife have featured thousands of fans in their new video for ‘Dynamite’.

The Irish quartet – comprised of Mark Feehily, Shane Filan, Kian Egan and Nicky Byrne – have just released the music video for their summer single and used footage from their concert at Dublin’s Croke Park stadium last month, when they appeared in front of 160,000 fans.

‘Dynamite’ has been co-written by Ed Sheeran and Steve Mac and is the follow up to comeback singles ‘Hello My Love’ and ‘Better Man’.

Westlife said: “‘Dymanite’ has got such an enchanting melody that starts off subtly and ends up quite big and euphoric. It’s an upbeat, fresh summer song and you could say it reflects the energy of our comeback. The video for the single is incredibly special to us because it involves thousands of our fans at our homecoming Dublin concerts.

“This is our third single that has been co-written by Ed Sheeran. It has been amazing to work with him and he really has put his stamp on our upcoming album ‘Spectrum’.

Westlife’s comeback tour, the ‘Twenty Tour’, is the band’s fastest selling tour of all time, with 400,000 tickets sold in just 48 hours.

The ‘Twenty Tour’ concludes in Indonesia on September 1st.

Meanwhile, Mark recently revealed that Ed has written half of the band’s upcoming album ‘Spectrum’.

Mark said: “He’s done six songs for the album. So effectively half the album.

“One day Ed went in the studio and said ‘I just want to write Westlife songs’. It’s been a truly organic coupling.”

Speaking about the title, the group recently said: “The title ‘Spectrum’ came from us talking about how we feel younger, happier and more energetic than we ever have in our career.

“‘Spectrum’ is a title that represents the various different shades and colours of our personalities, vocals and general perspectives that all blend together in a unique way to create Westlife.

“It’s also a word that represents the various shades and colours in the band, meaning it’s the perfect metaphor for our different points of view and perspectives but together, they somehow join to work perfectly.”