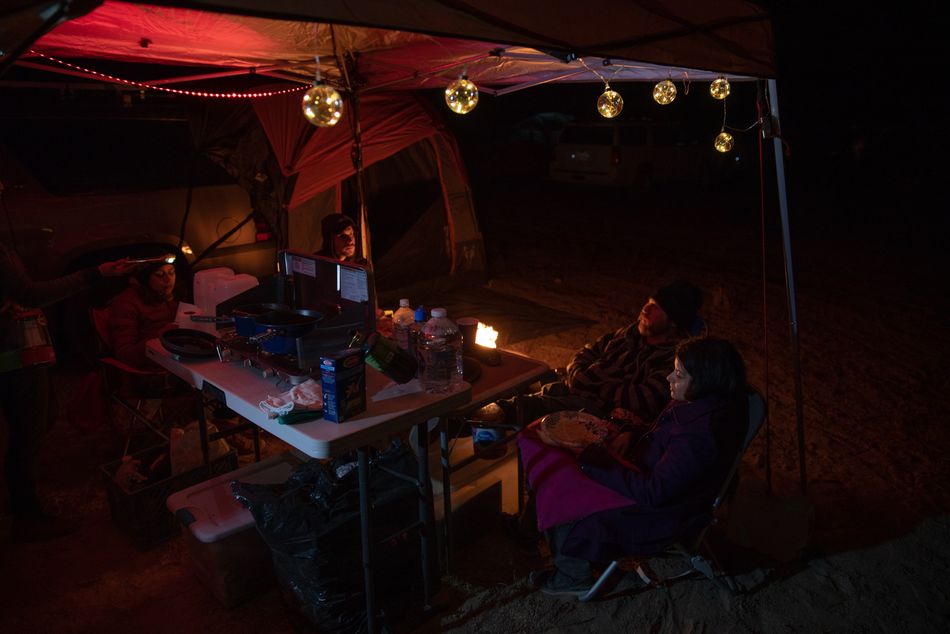 People are holding off on storming Area 51, but they are flocking to Alienstock to party.

About 500 people showed up to the Little A’Le’Inn in Rachel, NV by Thursday night. Spread across the desert sand surrounding the motel, festivalgoers spent the night listening to live music, buying each other drinks, and clumsily setting up tents while battling sudden gusts of wind. On the other side of the 375 — dubbed “Extraterrestrial Highway” for its proximity to the secretive military base and decades of strange sightings — alien enthusiasts who wanted to experience Alienstock without paying the $130 entrance fee to guarantee a spot near Little A’Le’Inn camped on land that belonged to the Bureau of Land Management (BLM.)

Clayton Stephens, a 28-year-old crisis interventionist from Arizona, worried that the campers across the highway would be booted out by Friday morning because large gatherings on BLM land require permits. He was pretty sure that nobody across the highway had secured a permit before arriving. But like most people here, he just wants to see whatever chaos goes down if the thousands of people who RSVP’d to the event actually show up on Friday.

“There aren’t too many people here yet, the roads were kinda clear,” Stephens said. He was sitting on a camping chair set up just in front of a brewery’s food truck, which had become a makeshift bar for strangers to buy each other shots and bond under the stars.

Despite the biting wind chill, many campers clung to beers. There were Port-A-Potties scattered throughout the area, quelling worries about bathroom shortages. At the far end of the lot, a small soundstage decked out in lights blasted EDM well into the night.

“It’s a national sensation,” Ashlee Wright said. The 31-year-old is running a bar on wheels called Mountain Brewed with her family, where they’re serving frozen margaritas, beers, shots, and hot dogs near the stage. 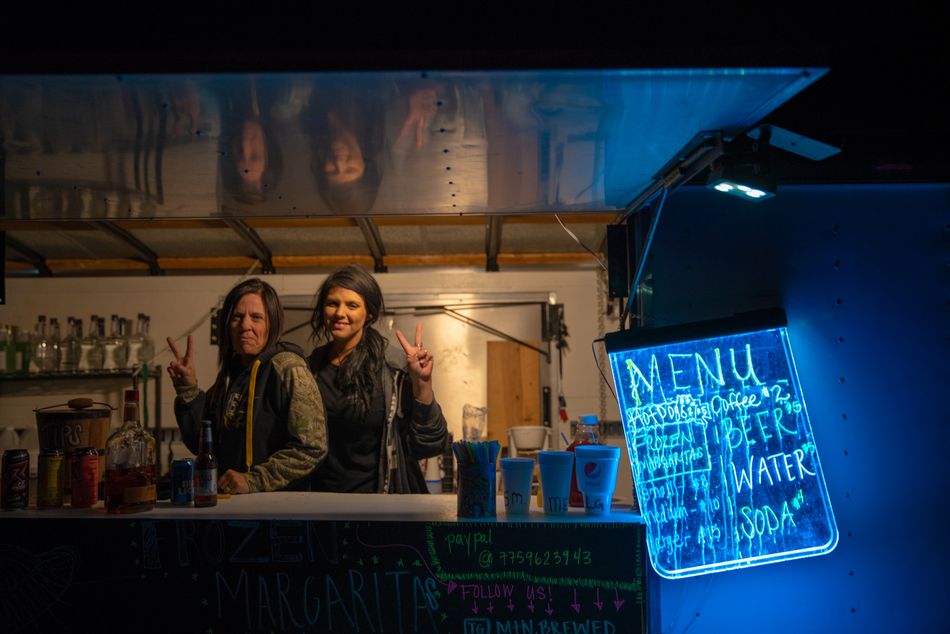 She said she was one of the first people in the county to apply for a permit to sell alcohol from her truck, hoping to kickstart a tourism industry in the area. Unlike Clark County — home to Las Vegas — Lincoln County, where Rachel is, doesn’t have tourism tax incentives.

“It really sucks we can’t monopolize on that,” she said. “I’m hoping this turns out to be the Woodstock of our time. And I would never want to miss out on that.”

The event has been criticized by locals, since the tiny desert towns around Rachel aren’t equipped to handle thousands of tourists. Wright says the negative responses from the community she grew up in is disappointing. 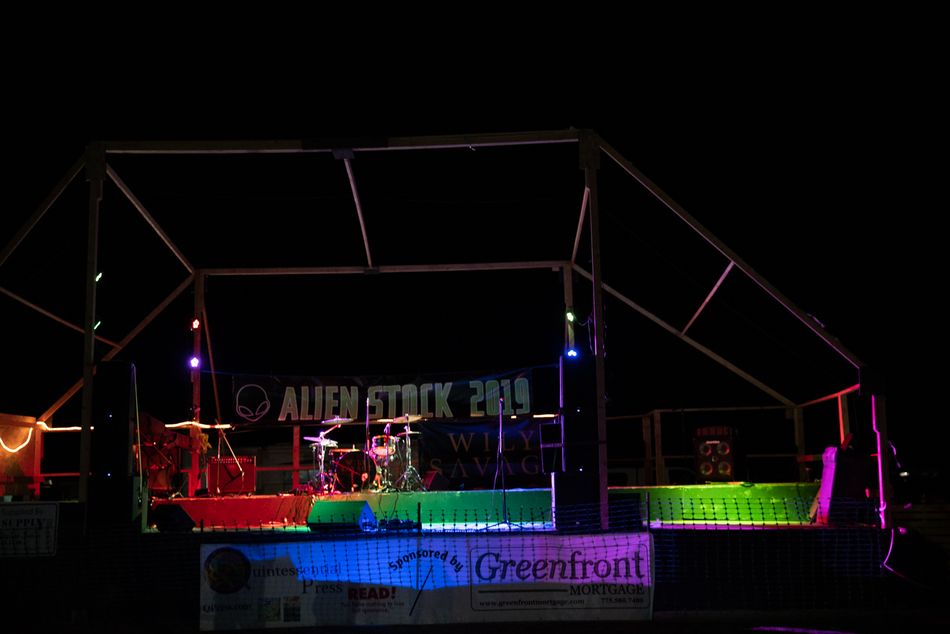 “Why not? Let’s show ’em how awesome this place is,” she said. “People think this is just a wasteland. It’s not. You cannot see the sunsets you see here anywhere else, it’s like a painting.”

For now, the cozy communal campsites around the Little A’Le’Inn are settling into the calm before the storm. Although Matty Roberts, creator of the original “Storm Area 51, They Can’t Stop All Of Us” Facebook event, ditched the festival in Rachel, it doesn’t appear to be the “potential humanitarian disaster” he claimed it would be. Yet.

When asked if the number of attendees demonstrated some kind of generational distrust in the government’s secrecy, Stephens hesitated.

“If we see thousands of people tomorrow, then I think that’ll be your answer,” he said.