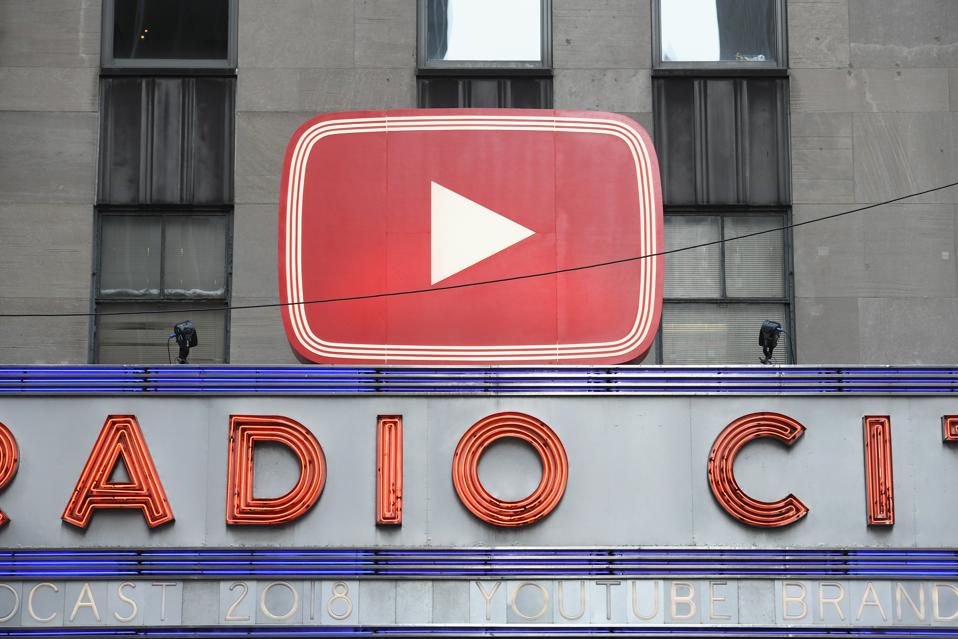 NEW YORK, NY – MAY 03: A view of exterior signage at the YouTube Brandcast 2018 presentation at Radio City Music Hall on May 3, 2018 in New York City. (Photo by Noam Galai/Getty Images)

The instant gratification of YouTube’s record for 24-hour debuts has become a barometer for immediate hits. But the video-sharing titan is rolling out a new policy for paid-advertising views amid reports about record execs juicing view counts on music videos.

Paid-ad views will no longer be counted toward the YouTube Music Charts, and artist rankings will now be determined by “organic plays.” Additionally, the Google-owned platform is changing its methodology for determining which videos are eligible for 24-hour record debuts. Now, eligibility will be determined by videos with the “highest views from organic sources within the first 24 hours of the video’s public release,” according to an official YouTube blog post.

These “organic sources” include “direct links to the video, search results, external sites that embed the video and YouTube features like the homepage, watch next and Trending.”

However, paid-ad views will still contribute to view counts outside of the Music Charts and 24-hour record. A YouTube spokesperson told Forbes that paid advertising has “always been included as a view.”

It doesn’t take much for video ads to be counted as views. If viewers choose not to skip an ad, “the YouTube video view count will be incremented when the viewer watches 30 seconds of the video ad (or the duration if it’s shorter than 30 seconds),” according to a Help page. Views are also counted when someone interacts with a video ad or clicks on a TrueView video discovery ad.

YouTube’s paid advertising program weathered a few controversies this summer. In July, Indian rapper Badshah appeared to beat BTS for the biggest 24-hour debut with 75 million views in a day. That turned out to be a sham, as his music video for “Paagal” was heavily boosted by paid-ad views. (BTS’s “Boy With Luv” still holds the top spot with 74.6 million views.)

The rapper — who made Forbes’s 2018 list of the wealthiest Indian celebrities — confirmed the paid-ad views in an Instagram Story. “We worked hard for this, promoted it worldwide,” he wrote. “We bought ad words all around the world so that people could see the video all around the world. … You think artists abroad don’t get paid promotions? Are you so naive?”

“We have always taken into account a number of factors, including the volume of paid advertising views on YouTube,” they added. “Based on our long-time criteria, Badshah did not qualify for our 24 hour debut records list.”

But this isn’t the only case of ad-buying gone awry on the streaming giant. According to a Rolling Stone report, juiced streams are also shaking up the Latin music industry. Universal Latin and Latin labels under Sony “might shell out between $20,000 and $60,000 in the first 24 hours and up to $100,000 in extreme cases.”

Bloomberg reported that Taylor Swift’s “ME!” and BLACKPINK’s “Kill This Love” benefited from paid-ad views. But the YouTube team stated in a blog post that “the changes will not impact YouTube’s existing 24-hour record debut holders.” In other words, the American pop star and K-pop girl group will keep their respective 65.2 million and 56.7 million debut records, paid-ad views and all.

Granted, Bloomberg pointed out that “ME!” had a “significantly higher proportion of likes and fewer dislikes, suggesting ads played a lesser role.” But the outlet also reported that “the difference between the higher totals listed on YouTube and the number reported to Nielsen” meant that paid-ad views made up a significant portion of the final tallies.

YouTube claims to be making an effort to provide “transparency to the industry and align with the policies of official charting companies such as Billboard and Nielsen.” The company’s new rules could disincentivize the pay-for-play system — but it’s not exactly the death knell for music video advertising.