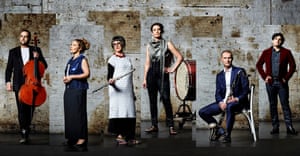 Western Sydney composer Holly Harrison grew up wanting to make music. But she cannot remember learning about a single female composer at school – except, that is, Clara Schumann.

Schumann was a child prodigy, a pianist and a composer who had a profound influence on the Romantic era. It was her love letters to Johannes Brahms, however, that became the focus during lessons.

The takeaway was clear: a woman’s worth came down to her relationships with men. Not her music.

That legacy continues. In 2018-19, only 76 classical concerts out of 1,445 performed worldwide included a work by a woman, according to the Donne: Women in Music project. Put another way: 95% of concerts globally contained only music composed by men.

Harrison is now one of the women included in Offspring Bites 2, an album made up entirely of work by female composers, released by the Sydney-based music group Ensemble Offspring.

The album, which was released in June and will have a European tour in September, is a continuation of Ensemble Offspring’s pledge to create more works by women. In 2017, the group dedicated their entire season to performing the work of female composers; in the same year, they commissioned 17 new works.

Not only that. Through the international initiative Keychange, Ensemble Offspring has promised that at least 50% of their programming will be work by female composers. (Half of their board and staff will also be made up of at women.)

In doing so, they are joining an international call to arms. In one high-profile example, both the BBC Proms and Sound and Music, the UK’s national development agency for new music, have pledged that by 2022 half of all their new commissions will be by female composers.

Yet a very real challenge for classical music is how to navigate the historical canon – a canon overwhelmingly made up of men.

If you have never seen a woman conduct or lead an orchestra, do you imagine that that could be your future?

“There are standout female artists in all fields who have made a wonderful contribution despite many odds, but we just don’t know much about these trailblazing women or their work,” says Hilary Kleinig, artistic director of Adelaide-based string ensemble the Zephyr Quartet. “It then becomes a vicious cycle because for the most part their work is not celebrated or recognised historically, so it doesn’t get discussed, played, taught or programmed.”

While the “greatest hits” of the canon are by men – due, largely, to women traditionally not having the same opportunities – the future need not follow the same pattern.

“It sounds so simple, but program it or commission it. With one in three Australian composers being women, there’s an abundance of repertoire to choose from,” insists Harrison.

For Kleinig, female role models are key: “If you have never seen a woman conduct or lead an orchestra, do you imagine that that could be your future?”

Ensemble Offspring’s artistic director Claire Edwardes puts this down to some “doubt there in terms of the worth of their art – and that would no doubt be because of the years and years preceding this point in time, whereby pretty much the only composers being performed were male”. 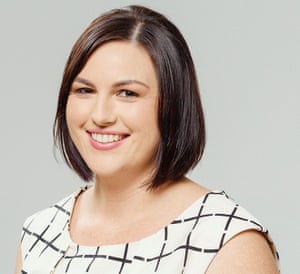 Nicole Murphy: ‘If I were a man, I would have the luxury of merely discussing my art, rather than … advocating for diversity.’ Photograph: Offspring Ensemble.

Female-only prizes – such as Sydney University’s Sue W Chamber Music Composition prize, or Melbourne ensemble Rubiks’ Pythia prize, both awarded to female composers – provides one remedy, as does affirmative action. Blind auditions have helped even out gender imbalances within orchestras, too.

But for many composers, the ultimate luxury will be when they are judged on their art alone, not on their gender. Composer Nicole Murphy, who was awarded the Noisy Women Commission from Ensemble Offspring last year, is asked in nearly every interview about what it is like to be a woman working in music.

“This is fantastic because we need to discuss this if change is going to occur. However I can’t help thinking that if I were a man, I would have the luxury of merely discussing my art, rather than speaking a little about my art and spending the rest of the time advocating for diversity,” she says.

For Harrison, constant creation is critical. She finds it alarming that a classical piece written in the 1950s is often considered the “new” work on a live music program.

“Music shouldn’t be a museum, it should be a reflection of the people of our time, and that includes Australian women,” she says.

“There’s been an emphasis on dead white dudes for far too long.”

• Offspring Bites 2 is out now. Ensemble Offspring are touring Europe through September