They start as passion projects. No one is really making any money. In fact, money is often lost, but the dream remains. As any dreamer will tell you, the dream is the master. You’re only here to do the dream’s bidding.

Yet somehow, sometimes, if you’ve enough dogged determination and plain old bull-headedness to keep on keepin’ on – despite the naysayers, the nagging doubts, the financial battles, the consensual reality that suggests you’d be better off letting it all die – that dream can begin to yield some tangible, real-world results.

So it is with a host of grassroots music festivals in the Buffalo area at present.

All of a sudden, we’re seeing festivals that started life as passion projects becoming bona fide commercial successes. More importantly, these fests have been accepted as important fibers in the Buffalo cultural quilt.

They’re commanding large crowds, built from a fan base that is displaying signs of loyalty to the cause. They’re expanding their rosters to include higher-priced national and international acts, while remaining dedicated to significant representation of local and regional acts.

All of this, for those of us who’ve been in and around and participating in the Buffalo music scene for a good chunk of time, this is that rarest of rare occurrences – a pleasant surprise.

Strange, beautiful light in the forest

The first year the team behind the Night Lights Music Festival took over the grounds of the Heron in Sherman – about 70 miles southwest of Buffalo, and the erstwhile home of the annual Blue Heron Folk Festival – 63 people showed up for a weekend of music, camping and psychedelic lighting displays that included sets from Lazlo Hollyfeld, Rhubarb, Aircraft, Wooden Waves and others.

Last year, more than 3,000 fans attended the same festival on the same grounds to take in some 30 bands spread across three days, with headlining sets from Lotus, the Motet, and an all-star Pink Floyd tribute featuring members of Moe. and Aqueous. When Night Lights returns to the Heron on Aug. 22 through 24, with a bill that includes Girl Talk, Aqueous, !!! (Chk Chk Chk), Marco Benevento, Ghost-Note, Handsome Jack, and dozens more, organizers are expecting attendance numbers to have grown once again.

“Night Lights has enjoyed a very slow and steady ascent into one of the premiere independent festivals in the Northeast,” said Kat Horton, director of marketing and artist relations for Night Lights, who spoke to me in the midst of North Carolina’s The Big What? Festival, where she spent most of last week working.

“We’ve done that by creating a sense of community among everyone that attends – patrons, artists and performers, staff, and volunteers. We greet everyone that enters the Heron with a sincere ‘Welcome Home,’ because we want the Night Lights community to understand we’re a giant family.” 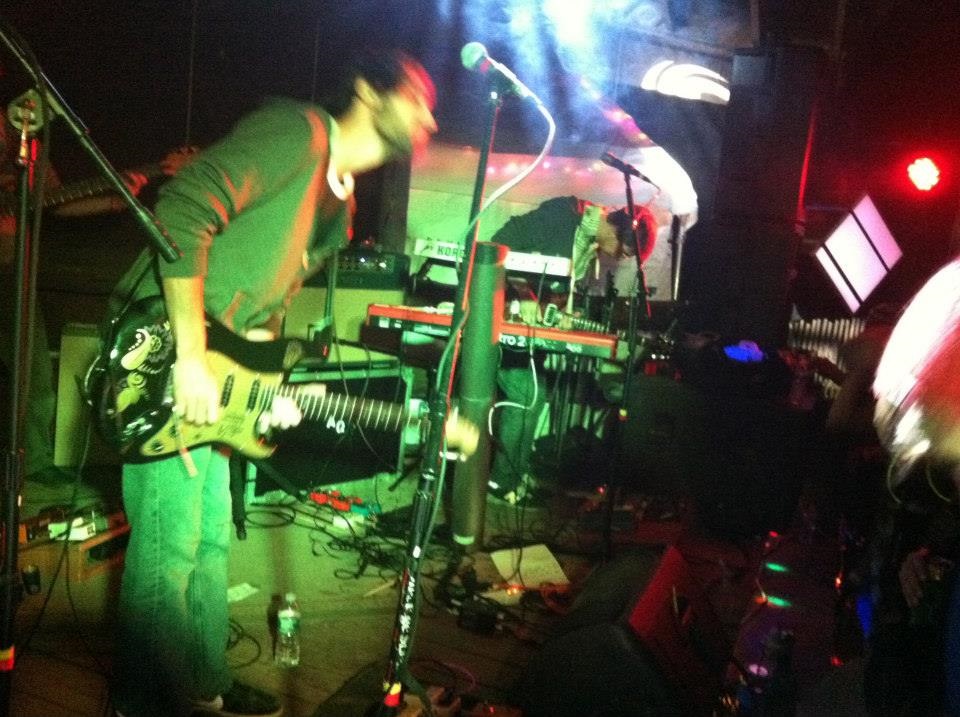 Aqueous performing at the 2014 Night Lights Music Festival. The Buffalo band has appeared at the fest eight times. This year, they’ll headline. (Photo by Jeff Miers)

I’ve experienced that family vibe firsthand. In 2014, I took my son to Night Lights for what, up until that point at least, was the most ambitious and tantalizing bill in the still-young festival’s history. What a fest it proved to be, with unforgettable performances from all unconcerned, including what remains my favorite Snarky Puppy show of the many I’ve since witnessed.

More important was the unmistakable vibe of the whole thing. My son was only 14, but I was completely comfortable with him being there. People couldn’t have been nicer, more laid back, positive, chilled out. I remember Funktional Flow bassist Ben Whelan taking the time to talk bass with Declan, who was getting serious about the instrument at this point. 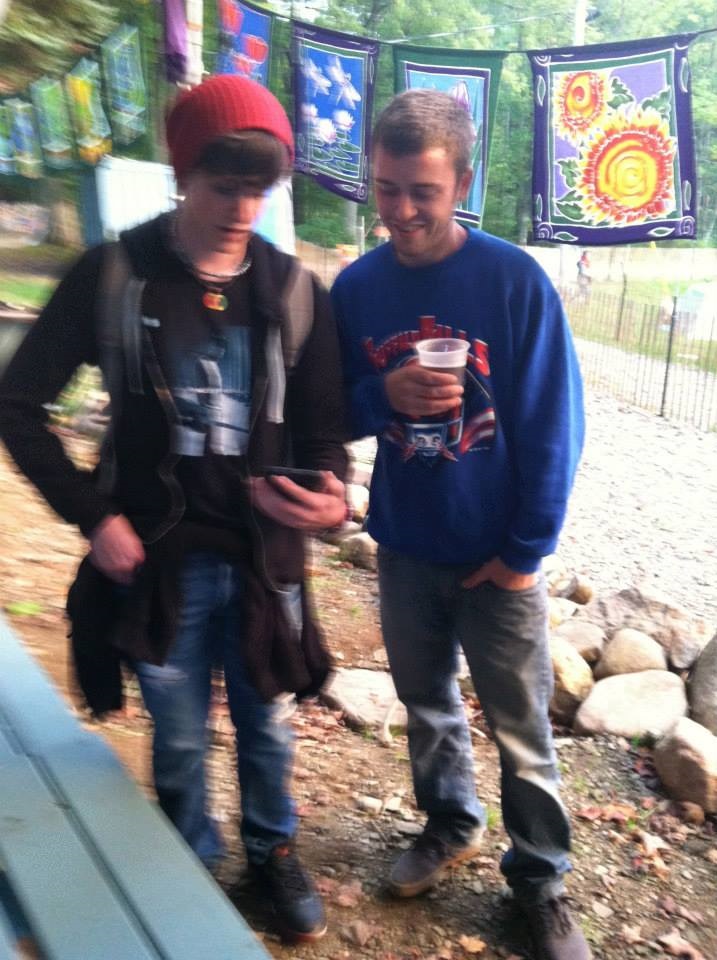 The festival was still small enough to feel homey and welcoming, but there was an unmistakable feeling in the air that the roots of something powerful and enduring were being planted.

“We take pride in curating a festival lineup that tells a musical story,” Horton said. “We feel honored that our fans allow us to bring them not only well-established artists, but also artists they don’t even know they are going to fall in love with yet. That’s was a true grassroots event should be about.  Yes, ticket sales are important, but at the end of the day, it is really about the experience we create.”

That Night Lights has been able to flourish in such a heavily saturated concert market in an inconsistent economy without the benefit of any influx of corporate money is particularly impressive.

The Colored Musicians Club, founded in 1917, is the longest continuously operating African-American musicians’ club in the country, and its annual Jazz Fest has long been the quintessential celebration of our area’s profoundly deep pool of jazz talent.

This year marks a significant leap forward for the festival, which is being presented by M&T Bank. After celebrating its 100th anniversary in 2017, the club seems to have re-upped its commitment to providing a world-class jazz festival within the city limits. This year’s festival, which takes place Oct. 11 to 13 primarily in and around the club itself, has confirmed revered New Orleans trumpeter, composer and keyboardist Nicholas Payton as its artist-in-residence. That’s a major coup for CMC organizers. 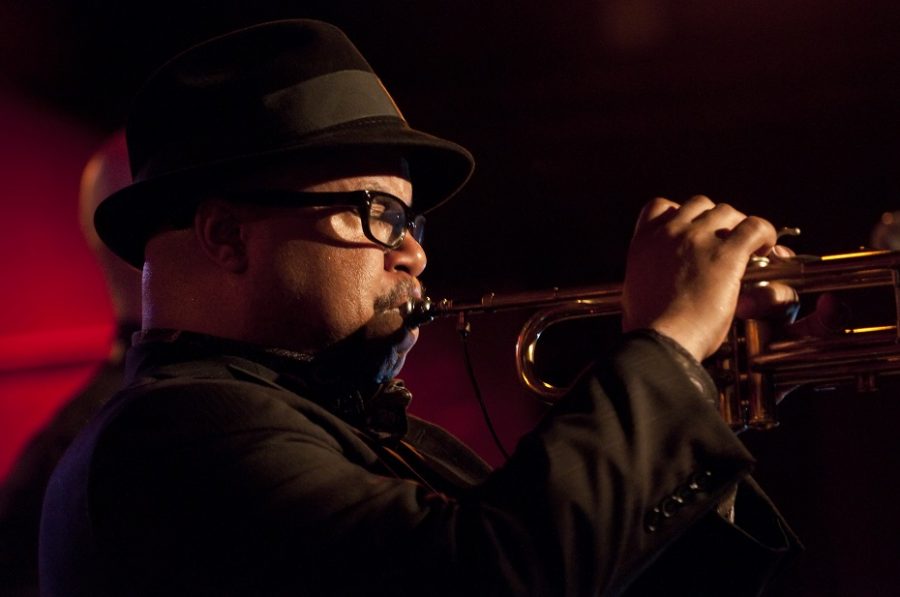 Payton will preside over panels, perform with his own trio, and pair with the much buzzed-about French jazz singer Cyrille Aimee in a duo format. The rest of the festival will include performances from the likes of the Brent Birkhead Quartet, a one-time-only curation of the music of Sun Ra Arkestra member and composer Reynold Scott dubbed the ReVolation Dectet, and the George Spanos Trio, among many others.

This marriage of top-tier international talent with some of Buffalo’s finest musicians represents a new high watermark for jazz festivals in the area.

Three years ago, Buffalo Iron Works manager and talent-booker Josh Holtzman launched a festival on the cobblestone streets surrounding the club, with the belief the neighborhood and the surrounding Buffalo music scene could and would support such a grassroots venture. Last week, Cobblestone Live celebrated its third anniversary with its biggest crowd yet.

“The growth of the festival really has been a beautiful process to be a part of,” Holtzman said, still buzzing in the fest’s afterglow. “Our first year, we stuck to one outdoor and two indoor stages, and we ended up seeing roughly 1,800 attendees over the weekend. In 2018, we added a second outdoor stage, which made a huge impact. We saw our attendance grow to roughly 3,200.

“This year, we wanted to offer more. In today’s festival scene, varied programming is vital. So we added a fifth stage, with a wide array of Buffalo acts – aerial dancers, beat boxers, hip hop experiences, accordion performances and more. … We really felt that 2019 was the most well-balanced the festival has ever been, and the crowds seemed to agree – our attendance numbers grew to 4,500.” 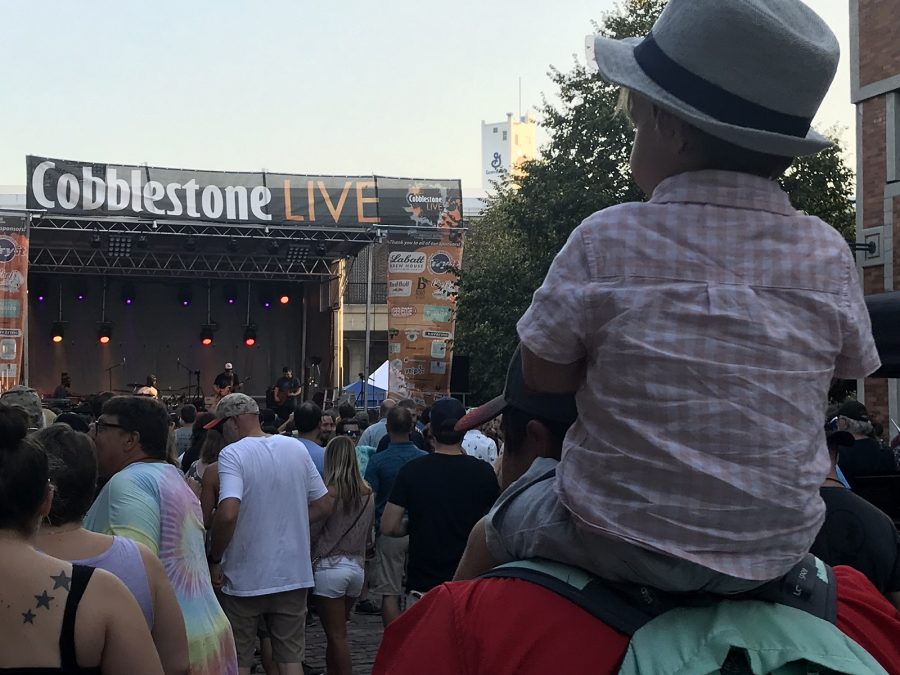 Grassroots music festivals like Cobblestone Live are growing in stature in our region. (Photo by Jeff Miers)

When Robby Takac launched his annual Music Is Art Festival in 2003, the landscape looked markedly different. Grassroots music festivals in Buffalo were not really happening. Takac’s vision – to combine the worlds of music and visual art in a festival part street bazaar, part bohemian throw-down, and part celebration of Buffalo’s downtrodden but still resilient music scene – lay down the template for much of what came after.

When the Music Is Art Festival returns Sept. 7 for its third run at Buffalo Riverworks, those roots in underground Buffalo culture will still be apparent. 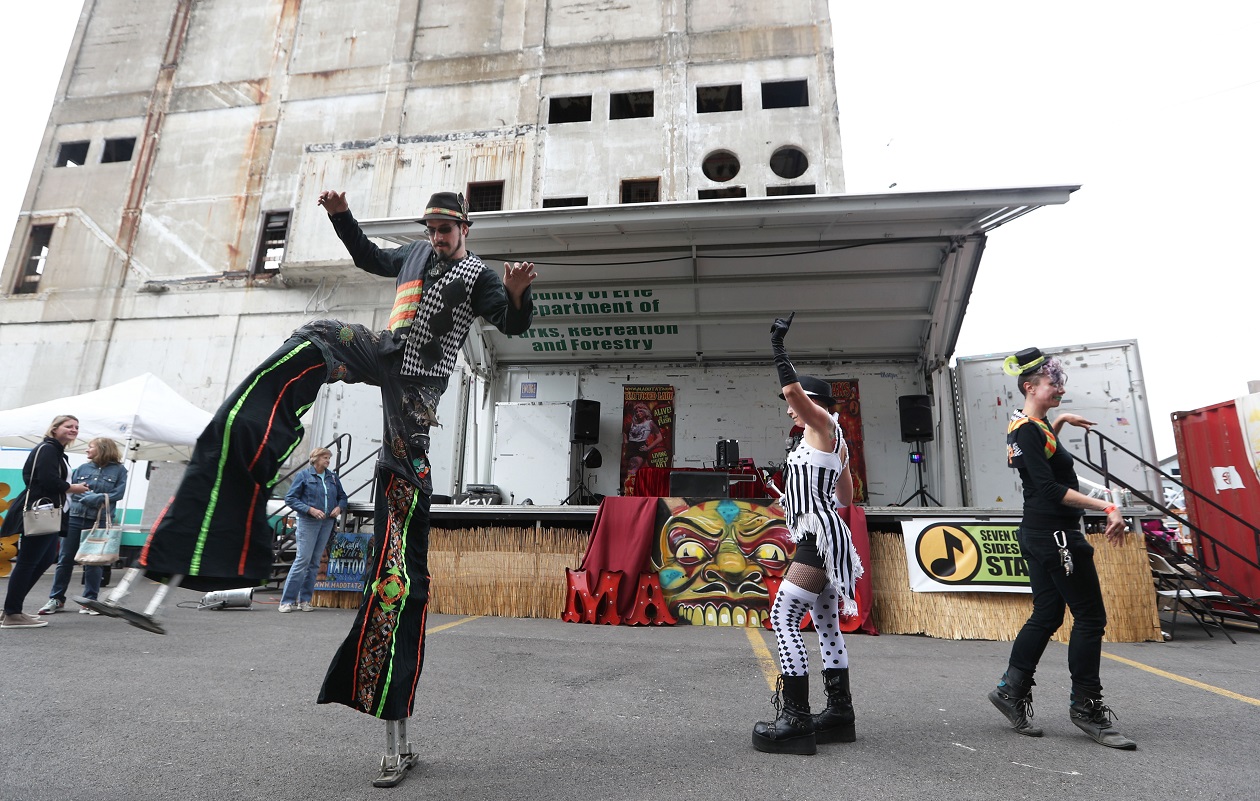 Performers dance to the music of DJ Matka at one of the many stages at the Music Is Art Festival. (Sharon Cantillon/Buffalo News)

“I think over the years the Western New York music and art community has become more and more open to the idea of sharing their creativity and resources for a greater purpose,” Takac said via text message from the road this week. “It’s really great to see, and it’s encouraging for the future.”

For Horton, that optimism can be paid forward in ways that transcend the events themselves.

“We don’t believe our festival will change the world,” she said. “But we do hope that our community leaves Night Lights ready to make a positive impact on the world.

“It’s about being a part of something bigger than yourself.”