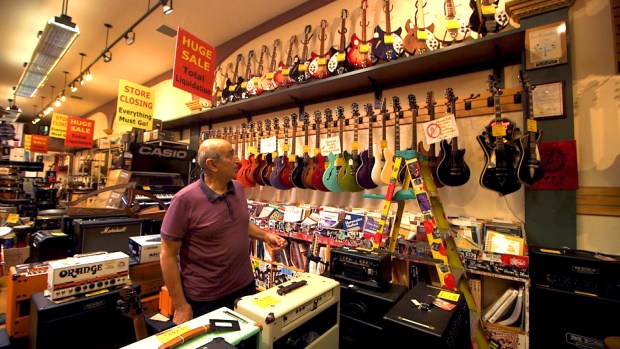 The owner of Haight Ashbury Music Center, a store that opened in 1972 to sell instruments in the Haight-Ashbury neighborhood, said business was upended by competition from online sales and the city’s growing techie population, which is more likely to fire up a DJ app than take up an actual guitar.

“The demographic changed,” said owner Massoud Badakhshan. “Tech people moved in. Our customer moved out. It’s as simple as that.”


Store owner Massoud Badakhshan looks over his stock of rare Rickenbacker guitars. Badakhshan bought the store in 1980 and expanded its stock of musical instruments.

The store was known among musicians for stocking hundreds of acoustic and electric guitars, unusual percussion and eclectic instruments — and it was manned by employees who were also musicians.

“I had this vision to have this place people would love to come to work and have a good time,” said Badakhshan, who bought the original incarnation of the store in 1980 and expanded its inventory after later moving down the street.

The store counted among its famous customers musicians like Jerry Garcia, Carlos Santana and Huey Lewis. Open seven days a week, the store was known as a place where working local musicians could pop in to pick up a last-minute piece of gear or play a rare guitar they’d only read about in magazines. 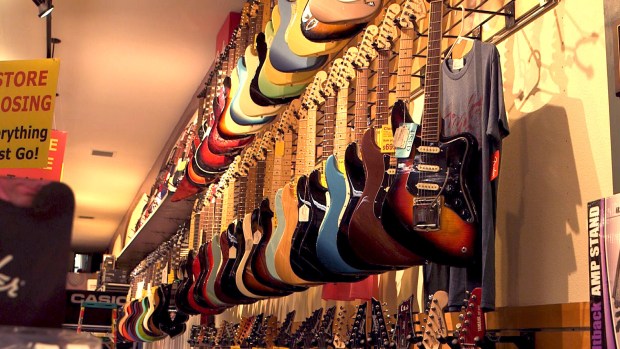 Haight Ashbury Music Center was known for stocking a vast array of musical instruments, including hard-to-find guitars and rare instruments.

The original store, called Acoustic Music, opened during the musical heyday of the Haight. The Summer of Love had happened just a few years before. Local bands like Jefferson Airplane and the Grateful Dead were rising in popularity.

Badakhshan said he was walking down Haight Street in 1980 looking for a location to open a used record store when he spotted a sign in Acoustic Music’s window seeking a business partner. Badakhshan ended up buying the store with his college professor co-signing for the loan. For the next four years, he lived in the store’s back room while running the business. On Tuesday, Badakhshan’s voice cracked as he recounted the four decades of friends and customers he would miss.

Badakhshan said business dropped successively over the years as the city’s tech sector took off, driving up rents and forcing out artists and musicians. He said he hadn’t collected a paycheck in five years — living off social security and his wife’s income. 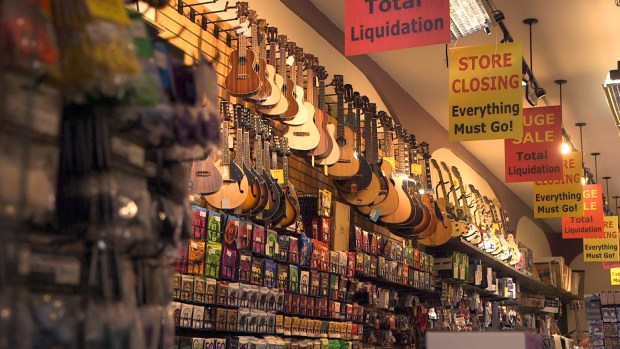 Haight Ashbury Music Center was known for stocking a vast array of musical instruments, including hard-to-find guitars and rare instruments.

Longtime employee Milazzo said the city’s expensive rate of living made it impossible for many musicians to remain in the city.

“People would come to Haight street to play in a band  and play in the clubs and play music,” Milazzo said. “You can come to the Haight, but you can’t afford an apartment. You can’t afford a guitar so those people aren’t here.”

On Thursday, the store will begin a liquidation sale, selling off its prized stock of Rickenbacker guitars, Boogie amplifiers and vast guitar effect pedals. Badakhshan said afterward the store would move exclusively to online sales, which currently account for about 20 percent of his business. He said he also planned to focus on running his other store, Gelb Music in Redwood City, which is marking its 80th anniversary.

For musicians, the yellow “Store Closing” sign on the front of the store was a gut punch, peeling away one of the last connections to the city’s musical glory years. Milazzo looked around the store where he worked the last 18 years, his eyes darting across the dense inventory stocked with any kind of device that made sound.

“Who knows?” he said. “You know one big earthquake and all the musicians will come back and live in the rubble.”