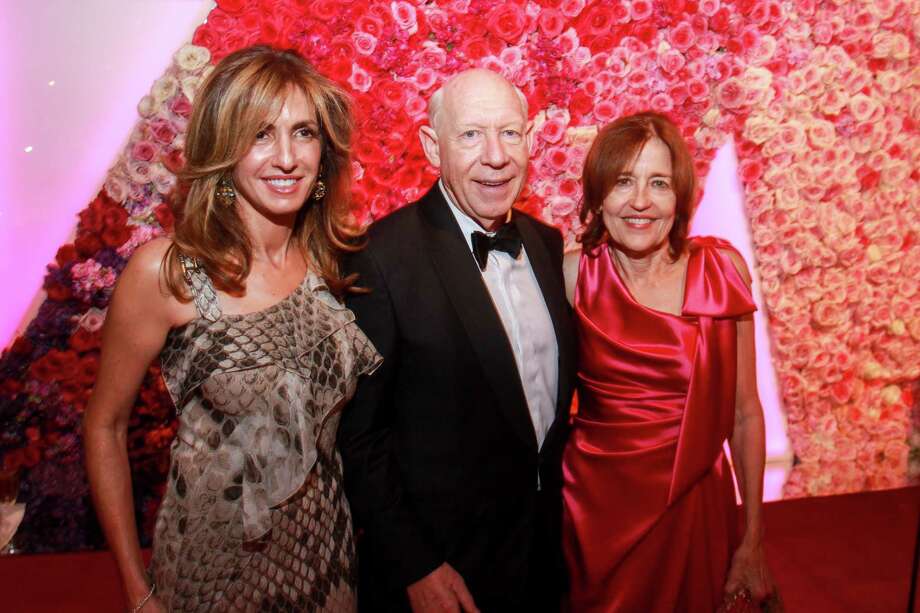 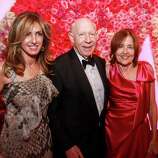 Imagine patrons’ surprise, then, when invitations to the 2019 black-tie benefit revealed “Abstraction: Moving into Modern” as this year’s motif.

‘Glee’ best describes the mood outside the Caroline Wiess Law Building last Friday, as some 300  guests arrived via a hot pink carpet. Here’s a theory: It’s impossible not to have a smashing good time when such a vivid shade sets the tone. Thus, color landed a starring role in the night’s success.

Take Susanne Pritchard, who served as chairman alongside husband Bill Pritchard and wore a watermelon hue for the occasion. With its gold-flecked shoulder detail, her cape-like frock radiated sunshine every time she moved – which fortunately, was often.

And that’s because the Pritchards spotlit music  (hey, it’s an art medium, too) in a big way. They somehow convinced Grammy Award winning singer/songwriter/pianist Bruce Hornsby to make a pit stop in Houston en route to the first weekend of Austin City Limits Music Festival. VIPs were privy to a 10-minute meet-and-greet with the renowned performer in the Law building’s African Gold Gallery before he later graced the main stage in Cullinan Hall.

That’s where Hornsby’s three song set-list kicked off with his biggest hit to date, “The Way It Is,” which famously depicts aspects of homelessness, the American Civil Rights Movement and institutional racism. At least six rap artists, including the late Tupac Shakur, have sampled the well-known track.

In contrast, The Event Company’s lucite tables and chairs added a contemporary touch to the rainbow of wildflower centerpieces. All the better to frame City Kitchen’s cauliflower soup with preserved lemon and parsley, pan-roasted Maine Lobster and beef tenderloin medallion, and lemon meringue tart with raspberry sorbet.

The extra desserts came in handy once Jessie’s Girls really got the dance-floor hopping. Per usual, Phoebe and Bobby Tudor bested the crowd as king and queen of cutting a rug, though Drs. Ishwaria and Vivek Subbiah gave the reigning couple a run for their money.

By night’s end, gala-goers raised $1.9 million. As representatives from the Harry Winston Bright Futures Charitable Program noted, the company is dedicated to supporting organizations, including the MFAH, that strive to remove barriers for disadvantaged youth and enable healthy futures.

Maybe that’s why the sight of a predominantly African-American cover band leading revelers through the “Cupid Shuffle” and “Old Town Road” felt fresh, fun and progressive. Perhaps we are moving into modern times.