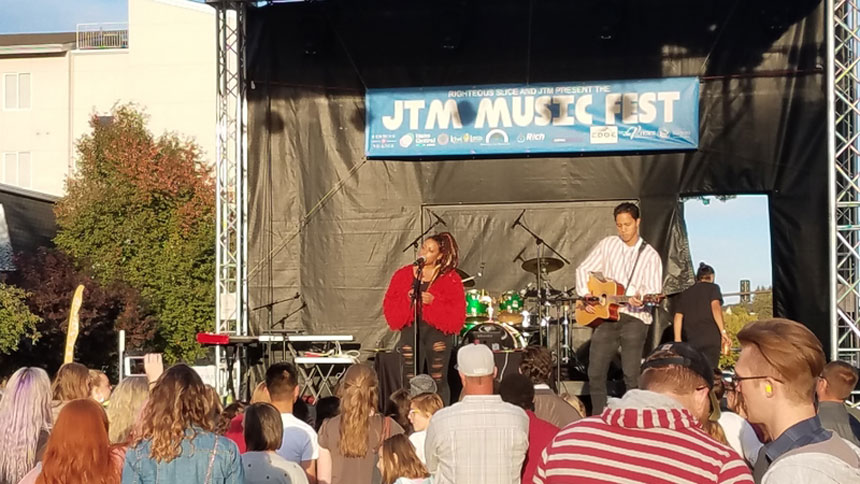 REXBURG – Music fans flocked to Hemming Village in Rexburg Friday for the JTM Music Festival. The event gave a stage to over a dozen artists who shared sounds ranging from hip-hop to pop to soul and everything in between.

The show took place on a blocked-off section of the street outside Hemming Village, giving the event the feeling of a big block party. This party was organized by JTM and his management as a celebration of music and a fun evening for the Rexburg community.

Brooks said the decision to stage the festival in Rexburg come out of JTM’s love for the city.

“James went to BYU-I and has always had a big heart for the city,” he said. “He and his team love to get involved with the community and coming here is a great way to give back for all the support they have given him!”

Brooks also said JTM and the rest of the team worked to put together a show full of artists that would bring out the Brigham Young University-Idaho crowd, as well as locals who love good music.

“James is pretty popular in Rexburg so we knew to make him the headliner,” Brooks explained. “Jay Warren is James’ good friend and they do really well performing together. We brought Drake Bell on board because of the college town. A lot of people know who Drake Bell is from Nickelodeons Drake and Josh. The other line up is people who either paid to play, or locals to help draw a crowd.”

A lineup that includes over a dozen artists is fiendishly difficult to sum up, but there were plenty of highlights.

”Libro$,” rapper Rahz’s witty, Latin-flavored lamentation about buying textbooks. The line “All these books in my backpack, man, $1,000 grand, that’s a stack” made for an especially sticky hook. Landen Day’s reworked version of the Prince classic, “Kiss.” Bri Ray blowing people’s minds with just her powerful voice accompanied by a lone acoustic guitar. It was a performance that managed to feel intimate and epic at the same time. The guitarists from The In-Between trading licks like Glenn Tipton and K.K. Downing used to back in Judas Priest’s glory days. The beach balls flying around during Tiffany Houghton’s set. Beach balls help kick the party factor of any show up to ten! Jay Warren’s entire set. Especially when he brought his wife and young son up to help him out on “Fall Asleep with You.” The entire audience bouncing up and down and singing along with Drake Bell on “Found a Way.” This number really blew the crowd up. JTM spreading positive messages about dealing with struggles and exhorting audience members to grab hold of the special people they brought to the show with them, turn to crowd into a giant group hug.

The JTM Music Festival focused on pop and hip-hop, but any music fan could find something to enjoy. Whether it was the raw talent of the younger artists, Jay Warrren’s smooth, soulful delivery, Drake Bell’s skills as a singer and guitarist or JTM’s energy and positivity, this show was a powerful example of the way live music can uplift and inspire anyone with an open mind and ears. 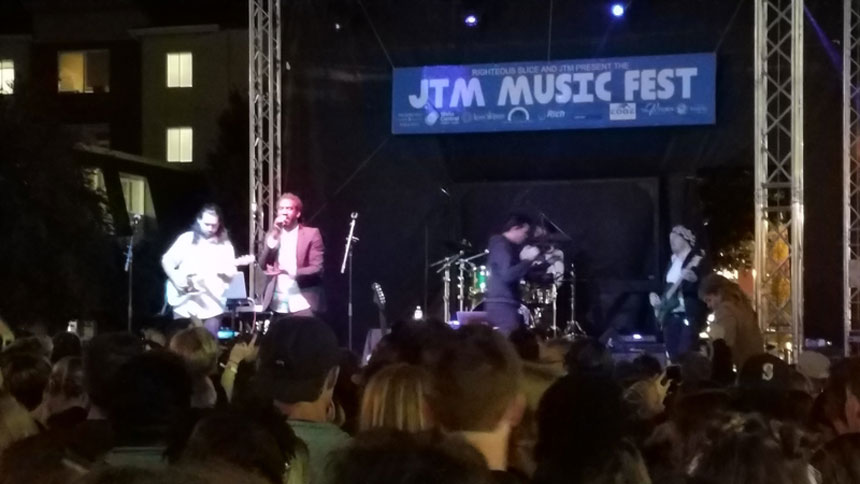 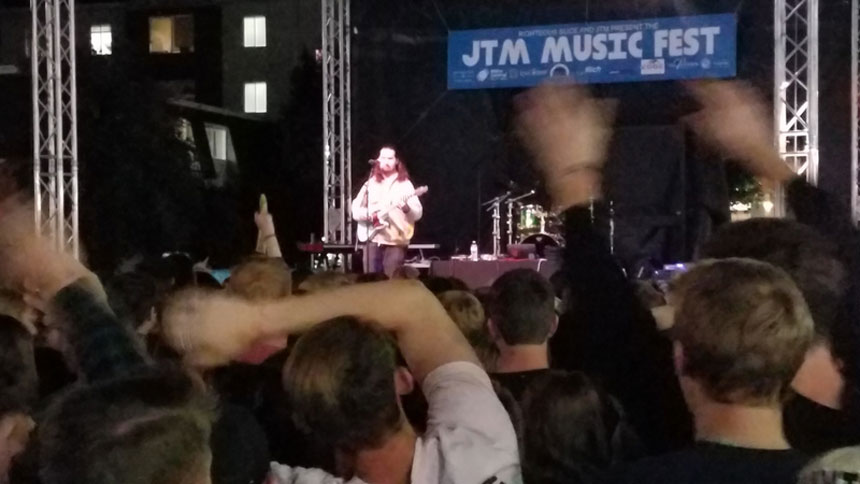