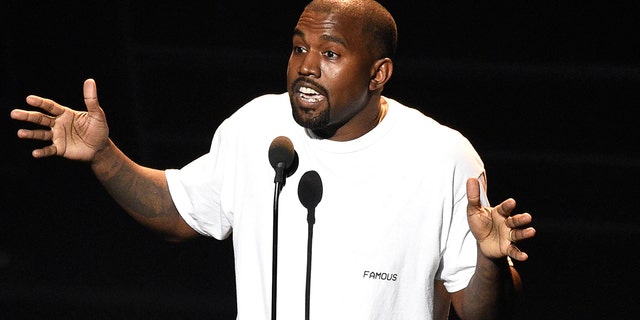 Kanye West tops this year’s highest-paid musicians’ list, adding to his recent status as a billionaire.

Forbes released its “Celebrity 100,” which is a list that posts the highest-paid celebrities, and West leads all musicians in earnings, with Elton John sitting in a distant No. 2 ranking.

West holds the second spot on the overall earnings list, having pulled in $170 million — overshadowed only by sister-in-law Kylie Jenner, whose earnings amassed $590 million.

Meanwhile, John earned the overall No. 13 ranking on the list and was second to West, raking in $81 million with Ariana Grande hot on his heels at $72 million.

West has made it no secret that he longs to be seen as not only a top player in the music and fashion industries but on the earning spectrum, as well.

WHAT IS KANYE WEST’S NET WORTH?

Forbes said West collected most of his earnings through his Yeezy brand partnership with Adidas that allowed him to hold ownership of the namesake.

Meanwhile, Jenner’s windfall came after she sold a 51 percent majority stake in her beauty and cosmetics company, Kylie Cosmetics, to Coty in January.

‘It’s not a billion,’ West allegedly texted Forbes about his net worth, the outlet previously claimed. ‘It’s $3.3 billion.’
(Photo by Chris Pizzello/Invision/AP, File)

Last summer, Forbes estimated West to be worth somewhere in the $240 million range and reported that the “Jesus Walks” performer was pulling in a cool $150 million per year, despite the fact the valuation was made prior to his most recent album, “Jesus Is King,” which dropped in October 2019.

In April, Forbes finally handed West his billionaire moniker after the rapper-turned-fashion mogul reportedly sent text messages to the publication after he previously failed to make the list – though Forbes claimed at the time that West, 42, was initially left off its annual billionaires list because the GOOD Music executive was unable to provide up-to-date information about his net worth.

KANYE WEST SAYS HE’S ‘DEFINITELY VOTING’ IN THE 2020 ELECTION: ‘WE KNOW WHO I’M VOTING ON’

“In the process, we can now share more details about Yeezy then ever before revealed,” Forbes announced in April, explaining that the artist finally was able to provide more documents about his stake in Yeezy.

Thanks to “internal documents” that were provided, the publication now claims West’s net worth is “$1.3 billion.”

However, West still felt shortchanged by the outlet in another text message West allegedly wrote, saying: “It’s not a billion.”

“It’s $3.3 billion since no one at Forbes knows how to count,” Forbes claimed West texted the magazine.