The Bathgate singer reviewed the ‘ Nice to Meet Ya ‘ video on his Instagram stories to his 3.7 million followers in the most Lewis Capaldi way.

Horan released the song two days ago on YouTube and already it has just under 2.9 million views.

The video shows a woman leaving Horan ‘s apartment as she put her high heels on. Horan then looks down the camera with her phone in his hand and says: “Well she’s not very good at this she’s left her phone behind.”

Capaldi jumps in to give his brilliant response, she says: “What happened to that young Irish boy with the braces?

“Do you think he would have had bloody ladies in his house?

“No, he brushed his teeth and went to his bed at nine and a half pm.

After viewing the video he starts watching the Horan ‘s first XFactor audition on YouTube when he was just 16 years old.

Horan says to Louis Walsh in the audition that he wants to be like Justin Bieber when he is older.

Capaldi comments, “What happened to him? Do you think Justin Bieber had girls round his house, no he loves Jesus.” Lewis Capaldi and Niall Horan have a strong bromance together
(Image: Instagram)

As Horan walks down the street in the music video looking at a woman with angel wings on, Capaldi comments: “He’s got dirty thoughts, look at him. He’s got dirty on his mind this boy.”

After the 1D star goes into a shop to try on a suit, Capaldi notices he doesn’t pay for it.

Capaldi adds: “So that video, you won’t be able to play it before 9pm that’s for sure. Don’t show it to the kids. But great song by my old pal Niall Horan.”

The Somebody You Loved Star is currently in Canada after celebrating reaching number three in the American Billboard charts. 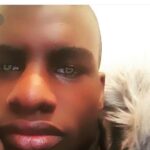 September 28, 2022
Enthusing Listeners to Enjoy Every Moment of Life and Live to the Fullest- ViennaCC Inspires with New Dance Pop Album