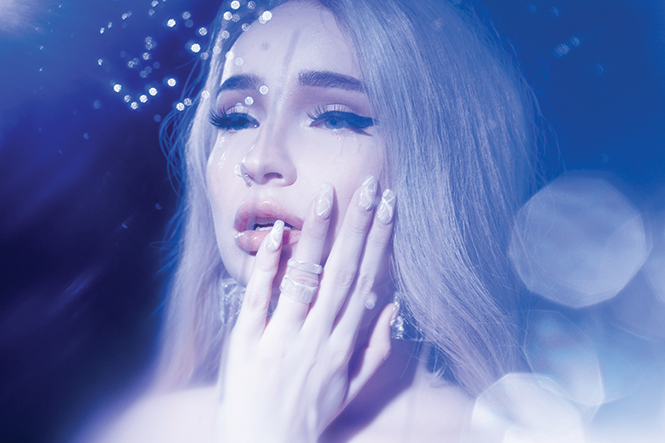 THURSDAY 12/5
Kim Petras
“All I Do Is Cry” is the kind of song I think of when I think of Kim Petras: pop that builds an emotional weight on top of melodramatic, femme vocals. It’s a dark kind of pop. In 2017, Petras told Paper about what influenced her forthcoming album, Clarity: “Living on Hollywood Boulevard for awhile, struggling in L.A., songs that match where I go out at.” There’s the energy of a bygone, halcyon era in Petras’ pop, pitched at the intensity that makes you want to just lose it. While we had to wait until 2019 for the excellent Clarity, there were plenty of unmistakably iconic singles in those two years. February 2018’s “Heart to Break” was a “wow” moment for Petras, and the following February she and Sophie released “1, 2, 3 Dayz Up,” which was like “are you kidding me?” levels of powerful. But it’s undeniable that 2019 has been Petras’ year to shine. Clarity came along in June, and she released the completed version of Turn Off the Light Oct. 1. That was 29 Petras tracks after the string of 2018 singles. It’s an impressive discography that only popped off last year. The original track that launched Petras, though, is “I Don’t Want It At All,” which, although it has turned out to be one of her more forgettable tracks, is only because her work has gotten so much better since. (Parker S. Mortensen) The Depot, 13 N. 400 West, 7 p.m., $28.50–$138.50, 21+, depotslc.com 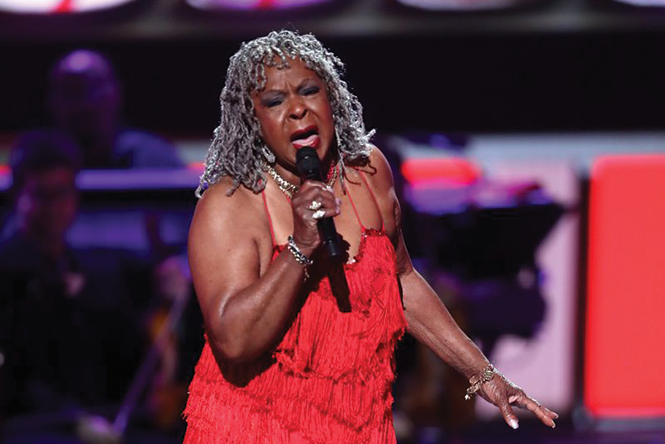 THURSDAY 12/5–SUNDAY 12/8
Martha Reeves and The Vandellas
Seventy-five years before Martha Reeves was born, as recorded music became more accessible, there was heated discussion about what cultural effects the medium might have. Artists worried about taking a wild, breathing thing like live music and transforming it into a stationary object. Wasn’t music supposed to be social? Wouldn’t a new emphasis on perfectionism in recorded music de-emphasize human elements like charisma, passion and interaction? These concerns were never answered so much as brushed away by the medium’s popularity. As artists became acquainted with recording studios, they engaged with them not as just vessels for a recorded performance, but their own unique canvas. Whereas live music was once the primary form and recorded music its pale compromise, the opposite became true. In the case of Martha Reeves and other Motown artists of the time, these records were capturing Olympic-level performances. Hitsville, U.S.A.—Motown’s headquarters—was sometimes open 24 hours a day, full of eager singers, songwriters and jazz-trained musicians competing to record the next big hit. So, to call recordings from Martha Reeves like “Dancing In the Street,” “Heat Wave” and “Jimmy Mack” the best of the best is not hyperbole, but recognition of real conditions they were made in. A half-century after those recordings, Martha still performs, and she brings to these songs a new sense of earthiness and grit that never existed in the recordings. So what made these songs art in the first place—the performance on the recording or the living artist interpreting it? (Alex Murphy) Egyptian Theatre, 328 S. Main, Park City, Dec. 5–7, 8 p.m.; Dec. 8, 6 p.m., $39–$59, all ages, egyptiantheatrecompany.org 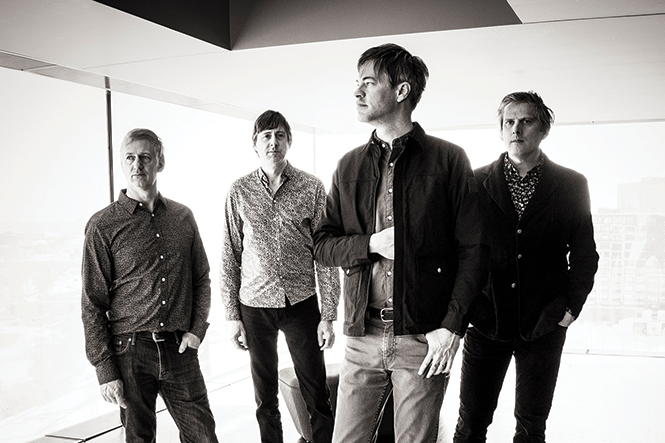 FRIDAY 12/6
The Ocean Blue, Sculpture Club
At first listen to singles like “Between Something and Nothing,” which is still their most well-known track, The Ocean Blue sound like any of the other 1980s New Wavers, like The Church or Echo & The Bunnymen. But they have more in common with acts like House of Love and The Mighty Lemondrops, the latter of which they toured with extensively early in their career, after the successful release of their 1989 self-titled debut album. That album’s success is even more remarkable considering that it was released just one year after they were signed—which happened while they were in high school. This also explains their longevity over the years, churning out other successful albums—like 1991’s Cerulean—all the way into the early 2000s, culminating in eight full-lengths and one EP. After taking a break through the aughts, 2013 marked a comeback moment with the release of full-length Ultramarine, featuring two original members along with two who’d been on since the millennium. It’s the kind of album every older band dreams of pulling off after years apart—the new technology is audibly evident, but one can tell they’re using it to their ends, to maintain their particular sound. They’ll be joined by a local group making a comeback of their own after a few years off shows: Sculpture Club, centered around Choir Boy bassist Chaz Costello, returns to the stage with their punchy post-punk expertise, featuring a new-ish lineup and we can only guess what other developments.(Erin Moore) Metro Music Hall, 615 W. 200 South, 7 p.m., $20–$25, 21+, metromusichall.com 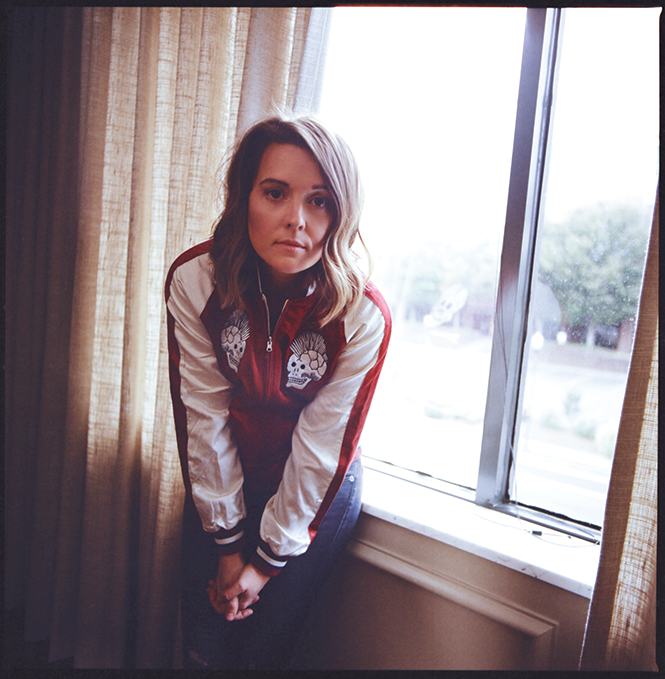 FRIDAY 12/6
Brandi Carlile, Tanya Tucker
Over the last few years, Brandi Carlile has ascended from niche favorite to mainstream powerhouse. After releasing seven albums of thoughtful pop-rock concerned primarily with love, acceptance and emotional inferiority, her 2018 record By the Way, I Forgive You was nominated for six Grammy awards—the most for any woman last year. The three she won—Best Americana Album, Best American Roots Song and Best American Roots Performance—kept Carlile in her alt-country lane. But when By the Way went up against Kendrick Lamar, Drake, Post Malone, Janelle Monáe, Cardi B and Kacey Musgraves for Album of the Year, it elevated Carlile to the rarefied air of bona fide American celebrity. Not bad for a chicken farmer and 38-year-old mother of two, more famous in the past for her LGBTQ activism and bespoke suits. By the Way, I Forgive You is a radical breath of countrified fresh air, a record about truth, gratitude and healing delivered at one of the most divisive moments in recent American history. Combine it with Carlile’s recent work in country supergroup The Highwomen and you have an icon unfolding right in front of our eyes—perfect for a double bill with country renegade Tanya Tucker, who’s enjoying a straight-talking renaissance of her own in 2019. “To not squander the opportunity I’ve been given is an evolution,” Carlile told The Guardian of her and Tucker’s arena tour, which is reaching bigger audiences than either of them ever have. “It’s a call to action. It’s me saying, ‘We still have a chance to turn it around.’ I don’t have a Messiah complex, but I do want people to hear that message.” (Nick McGregor) Vivint Smart Home Arena, 301 W. South Temple, 8 p.m., $33-$127, all ages, vivintarena.com 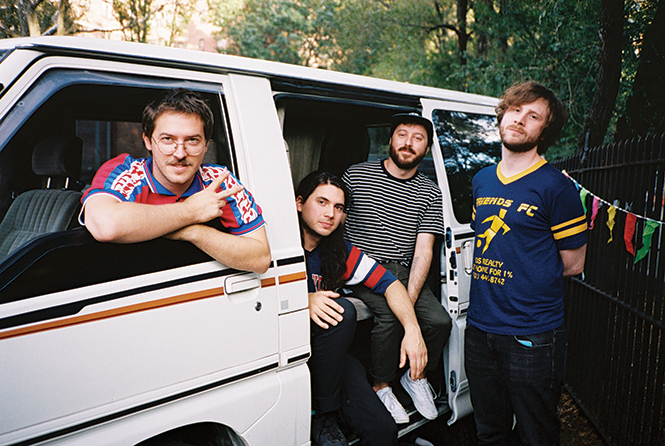 SATURDAY 12/7
Anamanaguchi, Default Genders
It’s been six years since Endless Fantasy, Anamanaguchi’s last and only second stand-alone studio album. Anamanaguchi have, since the late 2000s, felt synonymous with and fairly inextricable from the chiptune sound. A track like “My Skateboard Will Go On,” with its remix of Vampire Weekend’s Contra album art, is a time capsule of chiptunes at the turn of the decade: idyllic and happy, with just the right amount of unanchored sap for life and memories of video games. Now we have [USA], which the band says is a response to the band’s own wavering sense of identity, one they’ve garnered over the years as an American band working in a very Japanese aesthetic (the band did a 2016 collab with Hatsune Miku), especially in a time when Soundcloud culture began wearing kanji thoughtlessly, eventually birthing an era of aesthetically obsessed lo-fi beats. In an interview with Paper, lead songwriter Ary Warnaar described [USA]: “It’s important to note, especially since the album is called [USA], it certainly is not about the United States of America.” Instead, “this album is definitely about being never able to make our way back [to who we were before],” Warnaar explained. As an on-again-off-again Anamanaguchi fan, it’s interesting to hear them unravel the new work; bare chiptunes feel out of place in 2019. The best part of [USA] are the parts that in no way lean on what feels like what Anamanaguchi “is” or “was.” It will be interesting to see how they navigate this new work live, alongside Arizona-based opener Default Genders, who earlier this year released the dazzling Main Pop Girl 2019. (PSM) Kilby Court, 741 S. Kilby Court, 7 p.m., $18-$20, all ages, kilbycourt.com 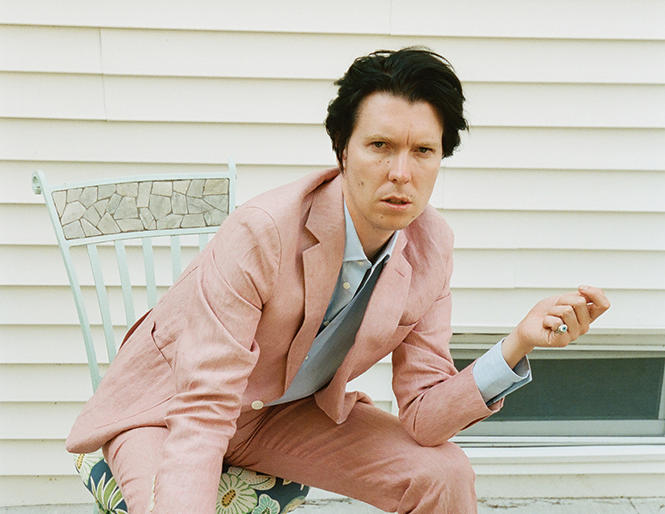 TUESDAY 12/10
Alex Cameron, Jack Ladder, Emily Panic
Alex Cameron is not the first musician to use an alter ego. Prince had Camille. David Bowie had Ziggy Stardust. Beyoncé had Sasha Fierce. Sometimes these alter egos and name changes are practical attempts to sidestep frustrating contractual obligations, but, as is the case with Cameron, they can also exist to explore complicated ideas or emotions that aren’t easily broached without using irony or exaggeration as a distancing mechanism. Over three albums, Cameron has stepped into the shoes of a slew of down-on-their-luck characters, all of them sleazy, washed-up and upsettingly selfish. And while he has no problem making these characters truly miserable—in “Real Bad Looking'” he is “the drunkest, ugliest girl at the bar,” who leaves a baby out in the car while she gets her drink on—he also writes about them with a sincere humility. The unique combination of derision and empathy that he applies to his characters finds its perfect match in his arrangements of plastic, orchestral yacht-rock, which straddles a fascinating line between dreamy and pathetic. On his latest album, Miami Memory, Cameron is apparently no longer in character, even though the tone of false machismo is often still there. It suggests that while his subjects were fictional, the ideas and emotions he explored with them were entirely real. Some of his more vulgar punchlines don’t land as well when they’re not coming from a fake sleazeball in a leisure suit, but the music—produced by Foxygen’s Jonathan Rado—is more stunning than anything he’s done yet. It’s without question the most sentimental music with a line about “eating your ass like an oyster” that you’ll hear this year. (AM) Urban Lounge, 241 S. 500 East, 9 p.m., $15, 21+, theurbanloungeslc.com