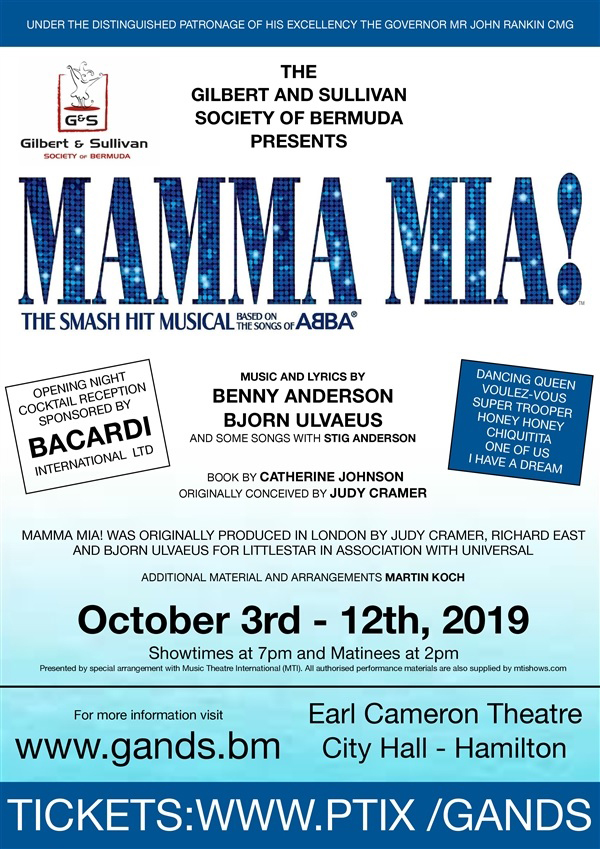 Based on the songs of Swedish supergroup Abba, the jukebox musical is about a bride-to-be who tries to discover the identity of her father on the eve of her wedding by inviting the three likeliest suspects to her nuptials — without telling her mother.

The showl includes such chart-topping numbers as Super Trouper, Dancing Queen, Knowing Me, Knowing You, Take a Chance on Me, Thank You for the Music, Money, Money, Money, The Winner Takes It All, Voulez-Vous ,SOS and the title song.

Over 60 million people in more than 50 countries have seen the show, which has grossed $2 billion worldwide, since it opened in London in 1999.

Tickets for the Bermuda production of Mamma Mia! are now on sale here.