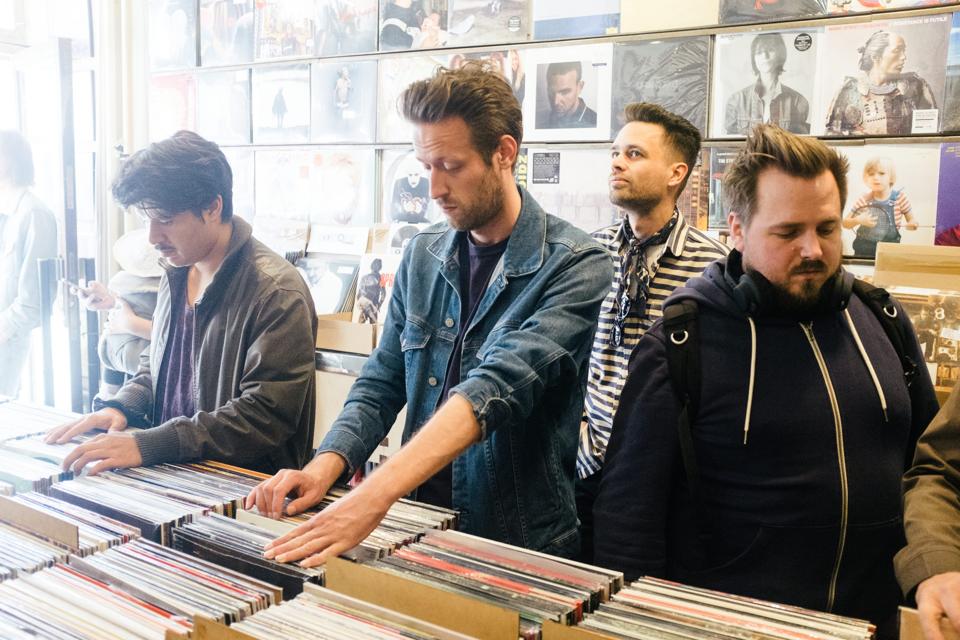 For decades, music charts have kept track of the most popular albums. Now, researchers in Germany have found that there’s a lot to learn from the ways that these lists have changed over time.

Lukas Schneider and Claudius Gros of the Institute for Theoretical Physics at Goethe University in Frankfurt, Germany, analysed music charts from four countries and found that these charts represent a general trend of faster-paced opinion formation and information processing. That wouldn’t just affect music sales, but also other aspects of society, such as politics.

A new study has analysed several decades of music album sales and noticed that albums move in and out of the charts much quicker than before. (Photo by: Gonzales Photo/Malthe Ivarsson/PYMCA/Avalon/Universal Images Group via Getty Images).

For the purpose of this study, the researchers mainly focused on album sales charts. These are based on how many albums are sold in a given week, within a certain country. Other types of charts tend to be based on radio play of individual tracks. Because Schneider and Gros were mostly interested in studying the behaviour of individuals, they only considered album sales charts (where the information is based on a large number of people purchasing albums) and not radio charts (which represent the decisions of radio stations – not individuals).

The researchers studied music sales charts from the USA, UK, Netherlands and Germany from the 1960s onwards. Think of a popular album you bought while it was in the charts. If you bought that album in one of these countries, that purchase contributed to the ranking of that album in the charts, and is essentially part of the source data for these charts – and this study.

One of the key things the researchers noticed was that albums used to spend much longer in the charts than they do now. An album would start low in the charts, work its way up, and move back out. In recent years, albums can arrive in the charts on the number one position in one week, and be gone the next.

They explained these changing patterns with formulas that account for the way that people process information (in this case leading to the decision to buy an album), and for the mathematical influence these charts have on their own changes. (People were in part influenced by last week’s chart to decide what albums to buy.)

Nothing in these formulas was unique to music or albums or charts. It was about information processing in general. This suggests that the trends seen in music sales match the general pace of the social exchange of information, which is much faster now than it used to be. That probably doesn’t come as a surprise. We’re all online now, and getting and sharing ideas as fast as they come. What makes the music charts study interesting is that music charts are a consistent record of one type of information processing and decision making, kept over a long period. Music sales just happen to be a measurable example of this changing pace, but it occurs in other settings as well.

In particular, Gros noticed similarities with a study he published in 2017, about changes in political systems. In politics, like in music sales, people are now taking less time to process information before forming an opinion. Elections still occur on the same timescale, but the people who voted may not hold the same opinions for as long as they used to. In the 2017 paper, Gros suggests that this could threaten the stability of democracies.

It may seem strange to analyse the concepts of human opinions and behavior in such a mathematical way. Isn’t this the field of political studies, history, or social science? Of course, and each field has their own experts, but there is a separate area of research that looks at the patterns of interactions, networks, and processes. The underlying patterns of some seemingly unrelated things can be very similar. For example, the networks formed by neurons in the nervous system of a worm and that of the power grid in Southern California are so similar, that it’s possible to mathematically describe both in a similar way.

Studying patterns in a more general way makes it possible to learn new things from surprising sources. So your decision to buy that album all those years ago was much more informative than you thought!