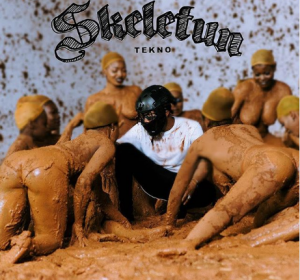 Talented singer, Tekno, has dropped a new single titled ‘Skeletun.’ The singer made the announcement in an Instagram post on Tuesday.

The new song was produced by Phantom and recorded under ‘Cartel label.’

The new song featured some half-dressed ladies covered in mud as a video vixen.

See what he wrote below: