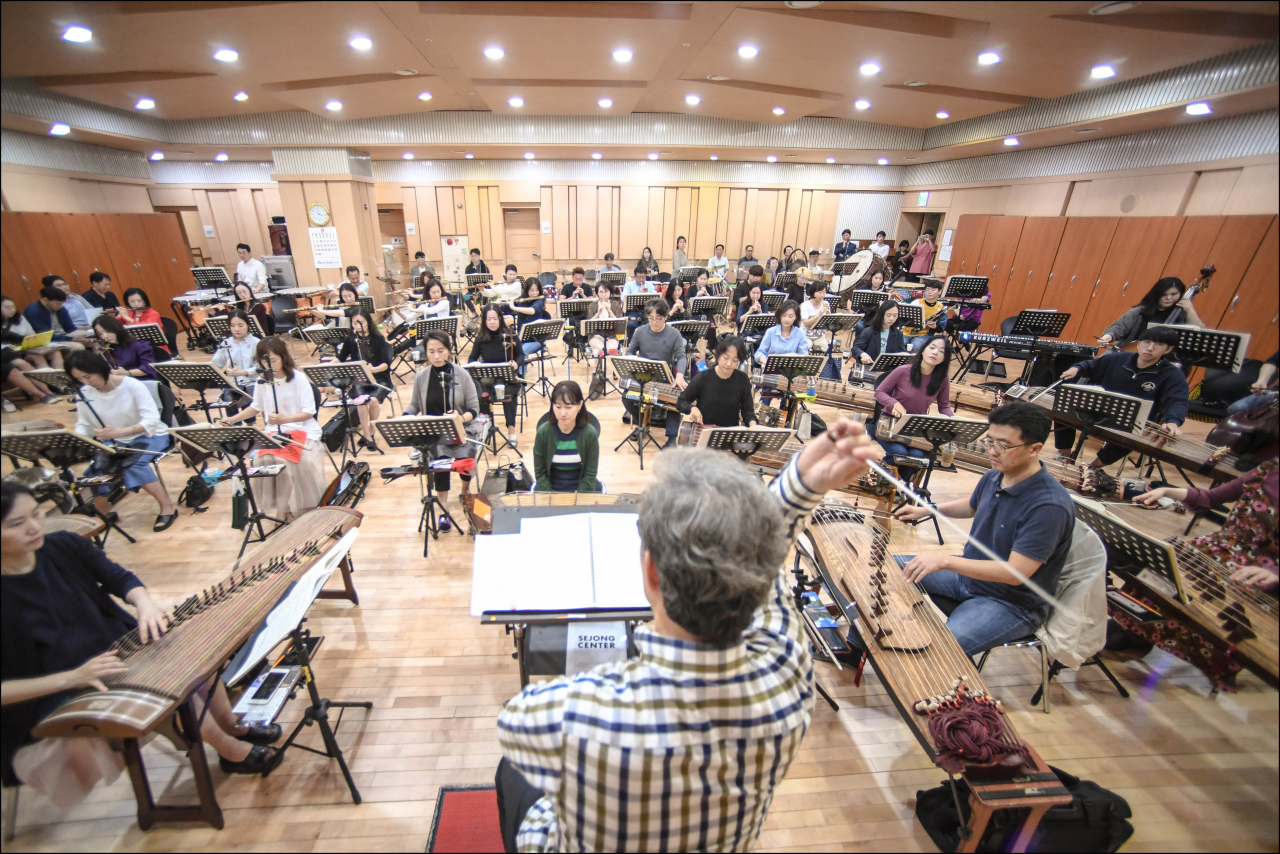 The Seoul Metropolitan Traditional Music Orchestra practices for “The First Concert: Stories They Tell” at the Sejong Center in Gwanghwamun, central Seoul, Tuesday. (Sejong Center)
“As Korea’s first traditional music orchestra, we have prepared Wednesday’s presentation to encourage and promote creative gugak composition,” Park said at a press event held Tuesday at the orchestra’s practice room at the Sejong Center in central Seoul, referring to new works in the traditional Korean music style.

“Instead of using words like commissioned and premiere, we named the event ‘The First Concert,’” as the public may be unfamiliar with such words. It is the first time for the orchestra to present a program of commissioned pieces only,” Park said.

“We did not give the composers a common topic, we just encouraged them to tell the stories that they want to tell,” Park said. “We hope to continue with the repertoire in the future.”

“Dal Hangari,” which refers to white moon-shaped porcelain jars from the Joseon era, is composed by Kang Sang-gu. The piece depicts the plain beauty of the jars.

“Cheonmado (Painting of the Heavenly Horse),” referring to a painting of a horse dating to the Silla Kingdom, National Treasure No. 207, is composed by Lee Mun-seok. Lee describes the sacred energy of the horse that looks as if it is ascending into the sky. It is the first composition to pair the trombone with a gugak orchestra.

“Hero” is a combination of a musical and traditional orchestral music that takes its motif from Gen. Yi Jong-mu’s conquest of Japan’s Tsushima Island during the Joseon era. In an experimental change of pace for the orchestra, two musical actors are to take the stage for the performance at the Seoul Metropolitan Musical Theatre.