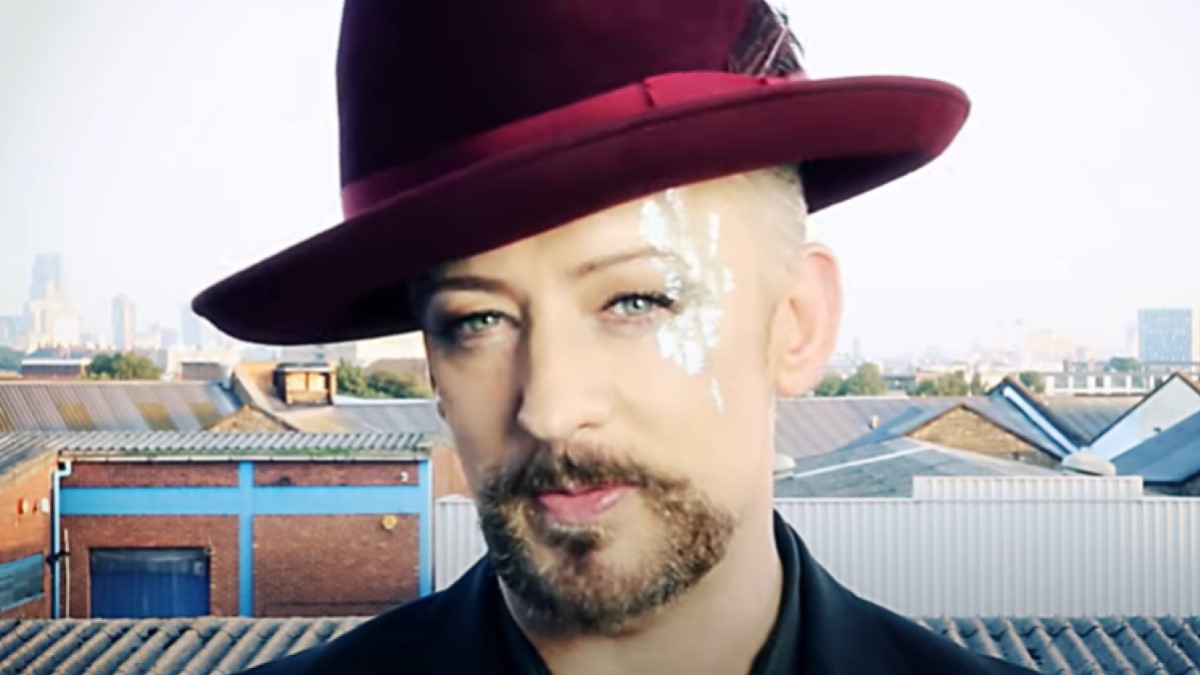 Boy George may be releasing a lot of new music in the near future. Speaking on Louis Theroux’s Grounded podcast, the singer shared how busy he has been during the coronavirus pandemic.

It seems like he has been making the most of his time while under lockdown, pouring all of his energy into producing dozens of songs that he will eventually share with the world.

On the podcast, the Karma Chameleon hitmaker stated that “I’ve written so much music I’ve got enough for six or seven albums.”

You read that right. Six or seven albums. At a rate of roughly 10 to 12 tracks per album, it would mean he completed at least 60 songs and possibly many more in an extremely productive span of time.

Provided that things even out around the world, Boy George already has a plan in place for when all of that new music will get released.

Boy George stated that he has already made arrangements to release the tracks at the end of the year. That means that fans of the famous singer could be enjoying a lot of new music from him around the holidays.

Expounding upon the revelation of all that music getting released soon, he stated, “I’m not saying every single thing is good, but I signed a deal just before Christmas with a company called ­Primary Wave, whose job it is to go out and place your music in movies.”

An interesting tidbit that the Culture Club singer revealed was that he made sure to purchase the copyright for the songs that he plans to release. He also noted that he did not do that for his biggest hits from the 1980s – something a lot of artists may regret after their own songs hit it big.

Speaking about the copyrights, Boy George stated that “It’s a new experience for me to own music.”

That a sad facet to the music industry, but it’s not something that will impact the success of any future music that Boy George expects to release in the near future.

For now, fans are going to have to be patient, but when winter finally rolls around, there will be a lot of new Boy George music to enjoy. In the meantime, he will continue judging the Australian version of The Voice.

The other judges doing The Voice AU with Boy George are Kelly Rowland, Delta Goodrem, and Guy Sebastian.