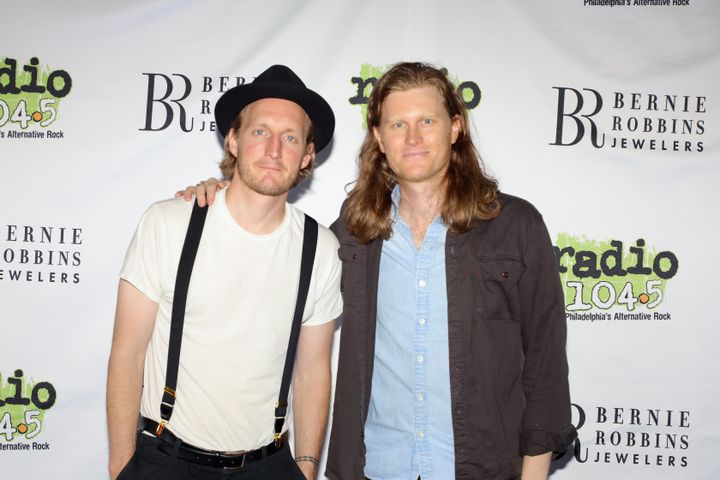 Ten years ago, The Lumineers frontman Wesley Schultz wrote down an idea in his notebook: he wanted to put an album out in three chapters.

Schultz and his bandmate Jeremiah Fraites patiently played by the music industry’s rules, releasing their first two albums, 2012’s “The Lumineers” and 2016’s “Cleopatra,” the traditional way. Once they proved themselves worthy of experimentation, though, their label, Dualtone, was willing to take a risk.

The Lumineers’ latest record “III” is an ambitious third offering that has been rolling out in chapter-like EPs since May. Chapter I includes songs “Donna,” “Life in the City” and “Gloria.” Chapter II features “It Wasn’t Easy To Be Happy For You,” “Leader of the Landslide” and “Left for Denver.” Chapter III, out Friday, will conclude the compilation with “My Cell,” “Jimmy Sparks,” “April” and “Salt and the Sea.” Each tune is accompanied by a cinematic music video, all of which tell the full story of Gloria, Junior and Jimmy Sparks, a fictional family facing the destruction of addiction.

“There’s a traditional way to roll something out in music and if you defy that, you’re kind of swimming upstream,” Schultz told HuffPost of typical strategies. “But I found that people are so much more willing to binge. Like ‘Stranger Things,’ I probably watched that new season in less than a week. But if you give me an album, I have to plan and wait until Saturday when I have time to listen. I’m probably not alone in that way. So doing something like this is maybe interesting for people, and another form of creativity for us.”

Fraites told HuffPost this was the perfect time for the group to test the waters “because we have the material to back it up.”

“We were firing on all cylinders and hitting our stride creatively,” he said.

There’s a traditional way to roll something out in music and if you defy that, you’re kind of swimming upstream.
Wesley Schultz of The Lumineers

Naturally, this album felt different than the others. After cellist Neyla Pekarek left the group to launch her solo career at the end of 2018, Schultz and Fraites had to reconsider their folky sound ― an Americana vibe they were known for since their lively 2012 single “Ho Hey” climbed to No. 3 on the Hot 100 chart. But they weren’t worried.

“Not to diminish her role at all, [but] the departure of Neyla didn’t affect our writing process. Wes and I had always written the songs,” Fraites said. “The live aspect changed a lot with the departure of the cello, so we now have Lauren Jacobson, who plays violin, [and instrumentalist Stelth Ulvang and bass player Byron Isaacs]. Honestly, I don’t think we’ve sounded better.”

Fraites partly credits the somber tone of “III” to film director M. Night Shyamalan, who approached The Lumineers while they were opening for U2 in 2017. He asked if they would want to write a song for his movie “Glass,” a psychological superhero thriller starring James McEvoy, Samuel L. Jackson and Bruce Willis. They agreed and composed the strummy “Salt and the Sea,” a tune featuring a haunting piano melody and lyrics like, “I’ll be your friend in the daylight again / There we will be like an old enemy / Like the salt and the sea.” Shyamalan loved it, but after some thought he decided not to use the song in the movie. Instead, it set the vibe for “III.”

“Because we thought it was for a sci-fi thriller, fantasy movie, we wrote and produced that song very differently had we said, ‘This is for The Lumineers.’ So having that song done and completed prior to really starting to work on the album gave us a huge amount of confidence,” Fraites said. “It gave us some artistic liberty and freedom to be keep going in a different direction and see what else can compliment this type of song.”

From there, Fraites and Schultz began to pull from their shared history. They grew up together in Ramsey, New Jersey, where Schultz was best friends with Fraites’ older brother, Joshua, who died of a heroin overdose in 2001 at the age of 19. His tragic death connected them on a deep level, so when it came time to go darker for their third album, they landed on the themes of familial love and addiction.

“It’s largely about someone and something specific in Wes’ extended family that is happening here and now, unfortunately, but for me it brought up a lot of dormant feelings about my older brother going through drug addiction,” Fraites said. “The album thematically deals with not just addiction and alcoholism, but how you continue to love a person in the wake of the trauma they cause.”

Fraites and Schultz were able to let the art do most of the talking thanks to the impressive narrative they built for their music videos, helmed by “Super Dark Times” director Kevin Phillips and starring actors Anna Cordell, Nick Stahl and Charlie Tahan. Listeners can truly be wrapped up in the story of it all by watching the beautiful short films, which screened as a whole at the Toronto International Film Festival this week. They fearlessly detail Gloria Sparks’ (Cordell) battle with alcoholism, and show how the disease is seemingly passed down generation to generation.

“That’s liberating and gratifying in a way to be like, ‘Look at this and you’ll understand the music more,’” Schultz said. “The videos let listeners confront what we’re singing about and, for us, it’s about this raw, ugly thing and putting a face to it.”

Schultz says he was blown away by artists like Florence + The Machine and Beyoncé, who took the visual art form to a higher level with their own cinematic music releases for “How Big, How Blue, How Beautiful” and “Lemonade,” respectively. “This is an untapped resource for us,” he said. “This is a way we can express ourselves if we choose to.”

The first three videos for Chapter I were released three months ago and have around 2 million views each. Also, nearly all of the six songs that have debuted off “III” so far have gotten radio time, a true feat in the world of “the hit single.” A song like “Life in the City,” currently playing on SiriusXM, would’ve most likely been album-only.

“There’s something about being judged off a single versus a body of work. I think on the last album, ‘Ophelia’ was out months before anyone heard another song [off ‘Cleopatra’],” Schultz said. “Having six songs out right now feels good. It wasn’t our label’s favorite choice, but my not-so-secret hope is that in a couple of years, others will be doing a similar kind of rollout. A lot of people seem to appreciate getting new music in these little chunks rather than one song holding you over for so long.”

The Lumineers had a slight head start in anticipation of their album when they released “Nightshade” from the “Game of Thrones” final season soundtrack, “For the Throne,” in April. (They’re both “massive” fans, Fraites said.) The song is actually a knockoff of their upcoming, piano-driven track “Jimmy Sparks,” as both tunes feature the same melody. That wasn’t necessarily on purpose.

“I’ve been working on ‘Jimmy Sparks’ since 2007, in different forms and facets. For this album I got closer and then hit a wall,” Schultz explained. “Then, HBO asks if we want to do this compilation album and I thought, this song was good anyway, let’s just change some of the elements to make use of it.”

A few months later, Schultz was talking with a record producer about “Jimmy Sparks.” He went through the lyrics and was persuaded to put the haunting tune on “III.” So The Lumineers called up HBO to break the news.

“We told them, listen, we’re going to release a song called ‘Jimmy Sparks’ in September that sounds similar to ‘Nightshade,’ and you have to be OK with that or we’re not going to be a part of this,” Fraites said. “And they were cool with it!”

The guys are used to that sort of work, though. They wrote “Nobody Knows” for “Pete’s Dragon” and “Holdin’ Out” for “Storks,” both released in 2016. And they composed the music for “The Hanging Tree” off “The Hunger Games: Mockingjay – Part 1” soundtrack sung by Jennifer Lawrence, which landed on the Hot 100 in 2014.

But the sort of movie star fame Lawrence has is not something Fraites or Schultz are chasing. The husbands and new fathers are happy being unrecognizable, even if their band is headlining festival after festival. That’s why their faces never appear on any of The Lumineers’ album covers.

“I listened to so much Steve Miller, his greatest hits, growing up, and I never knew what he looked like. I never knew anything about him. I just liked his music, and I was really comfortable with that relationship,” Schultz said, laughing. “I think if you turn yourself into the product, that’s a tough thing. A lot of people can handle that; we wanted the music to be the thing and it kind of gives us some level of anonymity.”

Fraites agreed and said he appreciates being able to navigate his day-to-day with some ease.

“Whether you are Ariana Grande, or Harry Styles, or Justin Bieber, I think what they go through on a daily has to be so difficult,” Fraites added. “I feel very blessed that we’re nowhere near that and I don’t think we will get to that stage as we don’t have that type of persona where people would be that interested.”

“I do get the Woody Harrelson thing once a day, though,” he chuckled. “I never met him, so if Woody’s reading this, I hope to meet you one day and take a proper side-by-side. That would make my year.”