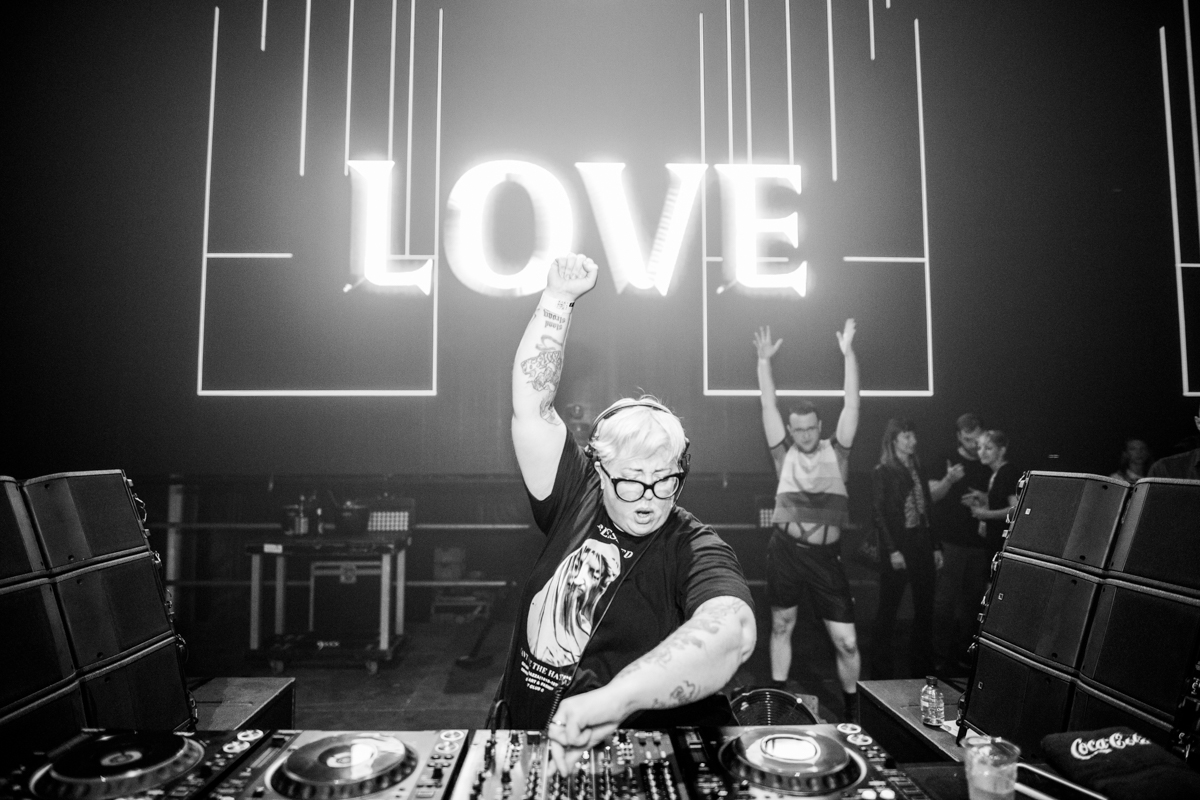 The Black Madonna is one of the headliners of this year’s Blisspop Disco Fest. (Donald Trump Eastman/Love Images)

This summer marked the 40th anniversary of the infamous Disco Demolition Night in Chicago. For some, that event was a shock jock’s baseball promotion that got out of hand, turning into a riot and marking the end of disco’s pop cultural moment. For others, it was a violent attack on the communities — people of color and LGBT folks — that built disco long before “Saturday Night Fever” turned the genre into a punchline.

Count Marea Stamper, who DJs and produces music as the Black Madonna, among the latter group.

“It’s wrong to say disco was a thing that happened,” Stamper explains. “It’s a thing that existed and continues to exist — it has never gone away.”

To celebrate the form from which all dance music emanates, Stamper, another two dozen DJs and countless revelers will convene in the District this weekend to take part in the second annual Blisspop Disco Fest.

“[Disco] is pure dance joy,” says Will Eastman, the DJ, producer and owner of U Street Music Hall who masterminded the festival. “It compels you to dance . . . and whether it’s sad or happy, it’s a celebration of life.”

From such disco originals as D.C.’s own the Blackbyrds to such Studio 54 veterans as Jellybean Benitez, to such contemporary purveyors as Josey Rebelle, Honey Soundsystem and DaM-FunK, the festival promises something from all points on the disco spectrum.

“People sort of dismiss disco as a simple, one-trick-pony and say that the records sound the same,” Stamper says. “The truth of it is, the records sound completely different — if you get out of the $5 disco CD compilation bin.”

In Stamper’s eyes, ears and DJ sets, disco is limitless, and as time has proved, immune from demolition. “What is a disco record? Any record you can play in a disco.”