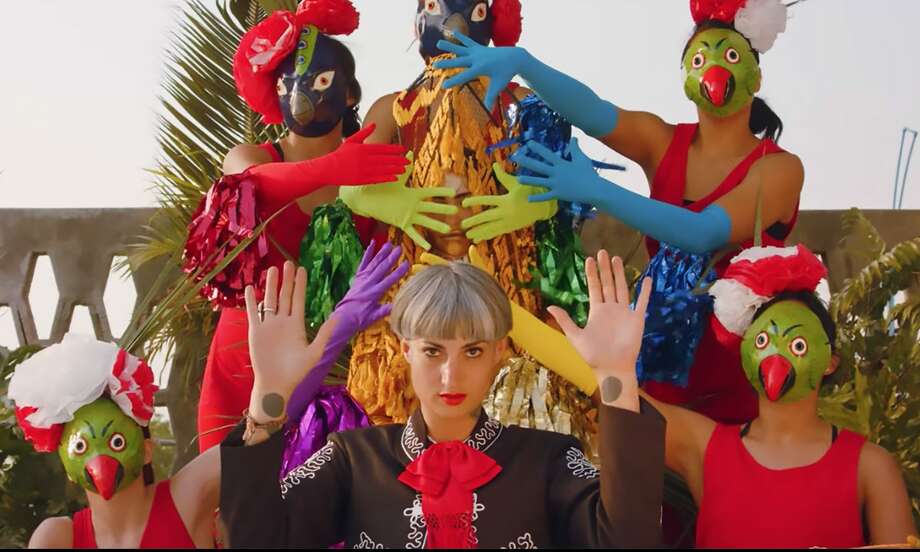 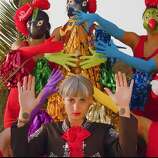 From Y La Bamba to Girl Ultra, and iLe to Monogem, Latinas lead the charge for best new releases this week; but we’d be remiss to omit Puerto Rico’s nerdy king, Guaynaa.

In case you missed it, here are some highlights from this week in Latin music — now with a Spotify playlist!

Y La Bamba’s New EP, Entre Los Dos, Is Food for the Bicultural Soul
Y La Bamba, the Portland-based indie band helmed by singer-songwriter Luz Elena Mendoza, have spent the past decade weaving both dynamic guitarwork and regional-Mexican flair into the vivid tapestry of the American folk tradition. And just months after releasing their 2019 LP, Mujeres, the band has returned with a heartrending EP titled Entre Los Dos. Mendoza explains the catalyst for Entre Los Dos, why she left the United States for Mexico, and how she queered the mariachi suit in our latest interview.

Girl Ultra Keeps the Nineties Alive in ‘Ruleta’ Video
Have you ever wondered what New Jack Swing would sound like in Spanish? Say no more: in her latest single, “Ruleta,” or “Roulette,” Mexico City R&B starlet Girl Ultra retroactively freaks a classic sound en español, and with a cosmopolitan chilanga flair. “Luck dances around me,” she trills, alluding to her blossoming career — but also the invisible, painstaking work she does to sustain it. (“[Luck] blesses me/If I don’t sleep.”)

In her self-directed video, what starts as a funky Nineties party montage ends with an attack by rabid party goers, who hungrily claw at her assorted costume gems. According to a press statement, the scene is a metaphor for what she describes as a “problematic” experience within the Mexican music industry. “The majority of people who featured in this video are incredible Mexican artists,” reads the closing statement of the video, which stars members of indie groups like Kiddie Gang, Valgur and Shiro Schwartz. “Please take the time to listen to them and give them love. Music is not a competition.”

Guaynaa Gets to Work in New Video for ‘Buyaka’
The Puerto Rican horse jockey-turned-reggaetonero nearly broke the internet this year with his salacious perreo anthem, “ReBoTa.” But after months spent singing praises of the feminine form, Guaynaa turns the tables in his new video for “Buyaka” — and instead, serves a generous portion of beefcake. Accompanied by a team of buff male models, Guaynaa clowns traditional masculinity by playing a handyman whose actual repair skills come second to his bawdy wordplay: “I’m going to give you the carpenter’s hammer/Until the tip of the steel is bent,” he boasts. Meanwhile, he and his work crew wreak havoc on a woman’s home, only to make it up with a lap dance.

Monogem Debuts First Spanish Language Track, ‘Soy Lo Que Soy’
Los Angeles electro-pop artist Jen Hirsh, a.k.a. Monogem, turns the dial downtempo in her first-ever Spanish-language single, “Soy Lo Que Soy,” which translates to “I Am What I Am.” Swayed by an earthy dembow rhythm — not to mention her operatic vocal prowess — Monogem’s latest track crystallizes the bond between her art and her Mexican American heritage. “The song describes the feeling of change…almost a catharsis,” wrote Monogem in a statement. “For years, I’ve struggled with my identity as a half-Mexican woman growing up in the suburbs of Los Angeles. I have vivid memories of my grandmother, Hortensia, speaking to me in Spanish telling me to never forget my roots, never stop speaking, learning and keeping the culture alive. For me, it’s an honor to write music in Spanish… a language that was such an integral part of my upbringing. This song is for my abuela as much as it is for me.” The new song will feature in her upcoming EP, So Many Ways, out October 18th.

iLe’s Live Rendition of ‘Ñe Ñe Ñé’
Singer-songwriter Ileana Cabra Joglar is hellbent on keeping Puerto Rico’s folk tradition not only relevant, but revolutionary. Brandishing blue lipstick, iLe takes to the streets — as she’s been known to do — in the latest clip for “Ñe Ñe Ñé,” a rootsy plena number, performed solely with a percussion ensemble.