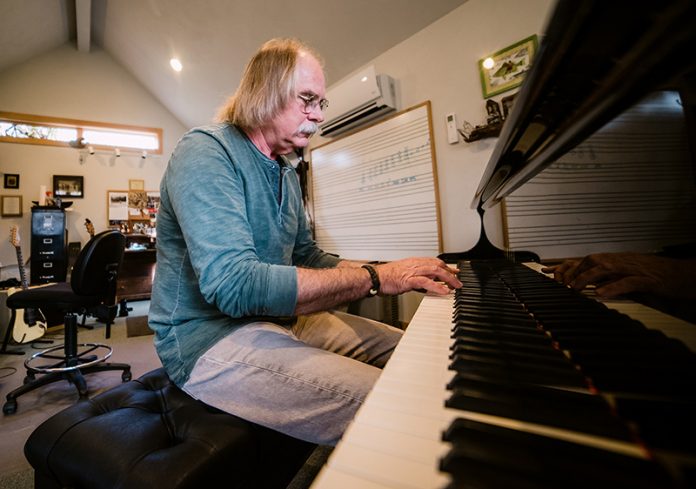 Will Luckey, shown here in his studio in West Tisbury last November, has died. — Gabrielle Mannino

On Saturday morning, Will Luckey, gifted musician and longtime Islander died at Martha’s Vineyard Hospital after succumbing to a rare and aggressive form of cancer. Luckey was perhaps best known on the Island as a piano, guitar and voice teacher for students of all ages but he had a particular gift for bringing out music in young people.

Luckey was the son of Marine General Robert and Cary Walker Luckey. He moved to the Vineyard in 1963 and attended both the West Tisbury and the Vineyard Haven schools before finishing high school off-Island.

Luckey was recently featured in a story in the MV Times along with his band, Magic Music, about a movie that was released last year, ‘Forty Years in the Making: The Magic Music Movie’.

Luckey is survived by his wife Diane (Cub) Luckey, his sister Laura Luckey, his children Ben, Anna and Carey, his grandchildren Emerson and Isla and his daughter-in-law Angie.

A complete obituary will appear at a later date.